Indian Federalism Under Modi, from Theory to Practice 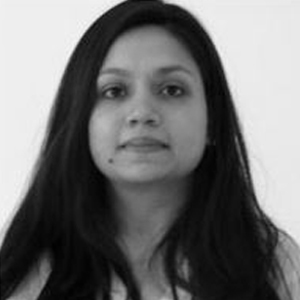 Indian citizens recently voted to reelect the Bharatiya Janata Party (BJP) of the incumbent Prime Minister Narendra Modi, as results announced on May 22 reflected a majority of 303 out of the 542 seats for it. It was a big win for him, as his party won an even larger majority than in his landslide victory in 2014. However, this success in the central legislature was not reflected in the results of the elections to the state legislatures. This is illustrated by the loss of seats for the BJP in a number of states, including key ones like Chhattisgarh, Rajasthan, and Madhya Pradesh. India, a union of 28 states and seven union territories, follows a federal structure of government with each state having its own legislature and government. Therefore, in order to understand why there was a disparity in BJP’s fate at the central and state levels and the implications to interact with India, it is important to examine how Indian federalism worked out in practice during Modi’s first mandate.

While the spheres of power between the states and the centre are clearly demarcated in the Indian Constitution, certain areas of policy are shared between the two. The Centre often has a prerogative over the states in decision-making in these domains. This has been a frequent issue of discord among the states. In 2014, BJP’s electoral campaign heavily focused on strengthening the framework of the Indian federalism. In their manifesto, they had outlined several key action points to this effect. However, as this note explores with keen detail, not many of these promises were kept. It is also interesting to observe how these promises were not repeated so vehemently in the election manifesto for 2019, with a meek mention of the renewed intention of the BJP to boost centre-state relationship.

In this note, To What Extent is India a Union of States? From "quasi federalism" to "national federalism", the authors Christophe Jaffrelot and Sanskhruti Kalyankar further go on to explore how other policies of the Modi government have impacted the centre-state relationship in India. It presents a report card of Modi government’s policies on federalism and how they have shaped this relationship, as well as what this means for Indian federalism. These analyses help put into perspective the difference in the election results at the state and central level, while providing an insight into how Indian federalism could evolve during Modi’s second term in office.

See also
Regions > Asia
Portrait of Narendra Modi - Prime Minister of India
Analyses | 21 November 2018 | Christophe Jaffrelot
The personalities our previous portraits explored were all from the Middle East. We are now entering a less familiar territory with the Indian Prime Minister, Mr Modi. In contrast to the personalities analysed previously the latter cannot be categorized as a dictator. However, Christophe Jaffrelot,...
Next
Regions > Asia
India – Lessons from a Legislative Campaign
Analyses | 15 May 2019 | Christophe Jaffrelot
The election campaign that is coming to an end has been proportionate in length to the number of voting phases (seven, spread over the same number of weeks), which themselves depend on the size of the electorate: more than 900 million people (a good tenth of the world population) were called to the...
Next
SIGN UP FOR OUR NEWSLETTER
for a handpicked selection of analyses each week Yes please
Series |
Next
Publication -
Next
...
Next
Séminaire réservé exclusivement
à nos entreprises adhérentes
Restricted to
member companies
Next