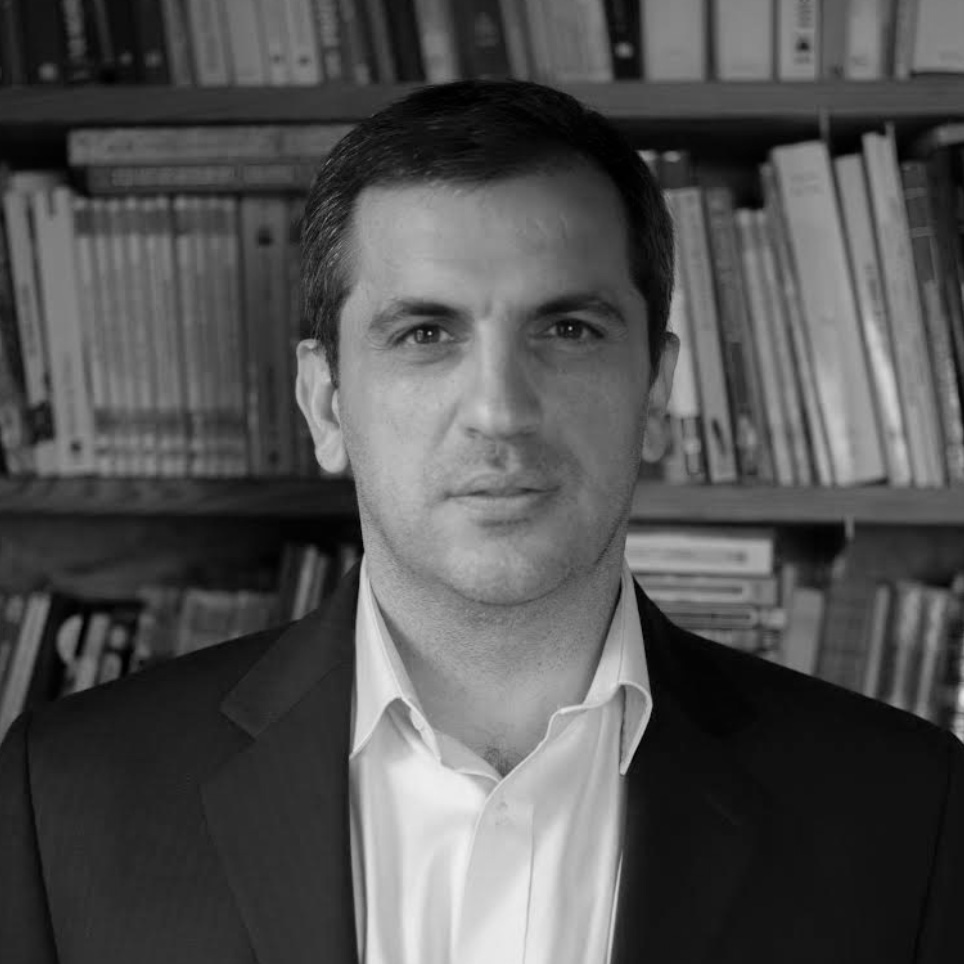 In February 2022, when Russian troops invaded Ukraine, President Biden’s administration was primarily disengaged from the Middle East, merely attempting to revive the Iran nuclear deal. Four months into the Russo-Ukrainian conflict, the White House policy towards the region has evolved, driven by new sets of motivations and calculations, but it continues to face familiar challenges.

The war in Ukraine impacted US foreign policy in the Middle East in three significant ways.

These developments have limited the available US policy options and compelled the White House to shift tactics and revert to a realpolitik approach. Domestic considerations in the US economy, due to soaring energy prices, have prompted the US administration to engage the rulers of Iran, Venezuela, and Saudi Arabia, who can potentially provide an alternative to the Russian oil supply. Biden has previously vowed not to appease autocrats during his presidential election campaign when he even called the Saudi kingdom a "pariah".

Looking beyond the oil factor, the diplomatic crisis with Russia and the impasse in Iran's nuclear talks has prodded the US to rely on familiar allies, namely Saudi Arabia, Israel and Turkey.

Looking beyond the oil factor, the diplomatic crisis with Russia and the impasse in Iran's nuclear talks has prodded the US to rely on familiar allies, namely Saudi Arabia, Israel and Turkey. These strategic relations are no longer the same however and have their own set of challenges. Riyadh remains neutral on the Russo-Ukraine conflict, balancing between condemning violence and rejecting US calls to sanction Russia, while declining US requests to increase oil production, pushing Washington to tap into its own national strategic oil reserves.

The US-Israeli relationship has been more synchronized under the premiership of Israeli Prime Minister Naftali Bennett. However, with the recent call for a new Israeli election in the fall of 2022, it will be rather difficult to envision effective Israeli diplomacy. The potential return of Benjamin Netanyahu to the premiership might complicate US-Israeli relationship, most notably on Iran. Hence, there is no clarity until early 2023 in Israeli politics.

On Turkey, the Russo-Ukraine conflict naturally brought Washington and Ankara closer, as they launched the US-Turkey Strategic Mechanism on April 4, 2022 in Ankara. This has yet to translate into a shift in the relationship’s dynamics. Providing Ukraine with the Turkish Bayraktar TB2 aerial drones has earned Erdogan points in Washington, but it might not suffice given that US-Turkish interests are inherently contradictory, and Ankara is not eager nor willing to comply with US sanctions on Moscow. To survive US sanctions, Russian investors and tourists are fleeing to Turkey among other destinations, which is helping mitigate the Turkish economic slowdown. The Biden administration is aiming to use Ankara’s need to upgrade its air force with new F-16 fighter planes to pursue the improbable US objective since 2016 of peeling Turkey away from Russia. However, Washington and Ankara still have a long way to go to build a strategic relationship. The Biden administration has already warned Ankara against launching a new offensive in northern Syria. Erdogan has now facilitated Sweden and Finland’s bids for NATO membership but continues his stalling tactics, which complicates US diplomacy on Ukraine.

Is Biden's Middle East tour a reset of US policy?

US reliance on Middle Eastern oil has significantly decreased in the past decade. President Obama had previously shown an inclination to keep a distance from Riyadh. President Trump was an exception in rekindling the transactional aspect of US-Saudi relations by fully endorsing Mohammed bin Salman (MBS), in contrast to the US establishment approach. Biden inherited the cautious approach toward the young Saudi prince from Obama, partially driven by the leftist base in the Democratic party that is critical of the war in Yemen and of Saudi journalist Jamal Khashoggi’s assassination.

The White House ultimately recognized that some form of engagement with MBS was inevitable. Biden is expected in Jeddah mid-July 2022 (rather than in Riyadh, the capital) and will participate in an expanded meeting with Gulf leaders plus Egypt, Jordan and Iraq, rather than in bilateral talks. This builds up the impression that it is not an official visit to Saudi Arabia. However, this stop by Biden will be a public relations success for MBS, and a major boost for his eventual rise to power. Biden is going on a direct flight from Israel to Jeddah as the White House has been enticing Saudi Arabia to broker economic and security agreements with Israel. However, bin Salman just concluded a regional tour and seems more intent to lead an Arab coalition against Iran. Israeli defense minister Benny Gantz’s talk about building an air defense alliance with Arab regimes to deter Iran seems to be wishful thinking. The last thing MBS wants now, at least in public, is to have an Israeli stamp on his ascendance to the throne.

Hence, little is expected to come out from Biden’s tour in Israel, the West Bank, and Saudi Arabia for multiple reasons. First, beyond containing the impact of the global oil market on the US economy, the US is reluctant to have a clear Middle East strategy. Second, US-Saudi trust levels are at a low, and Riyadh seems to primarily eye the next US presidential elections of November 2024. Third, Biden will visit Israel during an election campaign season; the most he can achieve is appease both the Israeli and Palestinian sides to ensure a smooth visit.

US-Saudi trust levels are at a low, and Riyadh seems to primarily eye the next US presidential elections of November 2024.

Moreover, the White House can take steps and pledge defense support for Gulf leaders to deter the Iranian regime but given the continuous attempts to revive the nuclear talks, Biden will be in a “wait and see” approach on Iran, despite the continuous pressure from Arab leaders to be more proactive in deterring Tehran.

US policy must ultimately adapt to two potential emerging realities: a high probability that there is no longer cooperation with Russia in the Middle East in the foreseeable future, and the absence of a nuclear deal with Tehran. The unlikeliness of reaching a nuclear deal might bring Moscow and Tehran closer in their already complicated relationship, and they are already harassing US forces in Syria, Iraq and the Gulf. As such, can the US venture in simultaneously deterring both Russia and Iran while also countering Chinese diplomatic and economic influence in the Middle East? Will the Biden administration continue its defensive posture toward Iran by setting redlines? Or will it implement an active deterrence approach while teaming up with regional partners? Answers to these questions remain to be seen.

For now, the US is maintaining economic pressure on Tehran while subtly giving a green light for Israeli covert actions against the Iranian regime. However, it is refraining from any actions that might provoke Tehran and derail the nuclear negotiations. If these talks do ultimately collapse, the US will most probably increase economic pressure through sanctions and Iran will retaliate through its agents. So far, things have been cordial as the US and Iran are coexisting in Iraq and Lebanon for instance. The Iran-backed Hezbollah is facilitating the US-led mediation on the maritime dispute between Lebanon and Israel. The US pre-approved the transfer of Egyptian gas to Lebanon to ease the economic pressure on the Hezbollah-led Lebanese political system, even though the US has yet to give its waiver and certify that the deal is in compliance with the sanctions regime. Iraq passed last month a $1.6 billion emergency finance bill to pay Iran gas debt despite US sanctions, and despite the continuing political impasse in Baghdad.

The Biden administration needs to be prepared to face the region whether a nuclear deal is revived or not. As of right now, Biden's cautious approach to stay the current course appears to be more cost-effective than the alternative to lead with Israel and Saudi Arabia in deterring the Iranian regime. The latter approach could result in further US entanglement in the region’s conflicts.

The Russo-Ukraine conflict has for now shifted US tactics in the Middle East on the short-term, but the tipping point for the US strategy in the region might be the fate of Iran’s nuclear deal. The longer this war lasts, the more potential it has to affect the US economy and reshape US politics and foreign policy in the Middle East. This conflict has also exposed the limits of US influence in the region, most notably in implementing US sanctions, given the reluctance of regional leaders to follow suit and comply in sanctioning Moscow. Regional leaders do not want to see a clear winner emerging in the Russo-Ukraine conflict whether that means a US victory by sanctions or a Russian one by force. Rather, they might want to keep up with having the luxury to play both sides when needed.

See also
Regions > America > Middle East & Africa > Russia
Morocco: A Regional Player
Three questions to Jamal Machrouh
INTERVIEW | 24 June 2022 | Jamal Machrouh
Morocco was among the countries not taking part in the March 2 UN General Assembly vote following Russia’s invasion of Ukraine. This position raised questions in Europe as Morocco is Europe's largest partner in the Maghreb. Jamal Machrouh, Senior Fellow at the Policy Center for the New South,...
Next
Regions > America > Middle East & Africa > Russia
Mexico: Playing Hardball with the United States
Three questions to Luis Rubio
INTERVIEW | 10 June 2022 | Luis Rubio
The invasion of Ukraine by Russia on February 24, 2022, was met with strongly by the West, characterized by remarkable collaboration between the US and Europe in imposing sanctions on Russia and providing assistance to Ukraine. This determination is however not shared by the whole world. Although...
Next
SIGN UP FOR OUR NEWSLETTER
for a handpicked selection of analyses each week Yes please
Series |
Next
Publication -
Next
...
Next
Séminaire réservé exclusivement
à nos entreprises adhérentes
Restricted to
member companies
Next