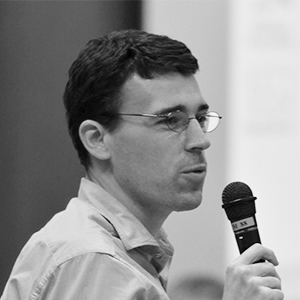 On the last two Sundays, protesters in Hong Kong wrote a new page in history, when one million people marched in the streets on June 9, then two million on June 16. In between, on June 12, tens of thousands blocked roads and surrounded government offices, resulting in violent clashes as police fired 150 canisters of tear gas as well as rubber bullets, an unprecedented weapon in recent Hong Kong protests. They surpassed two previous landmark mobilizations, in 2003 (when half a million marched against national security legislation proposed by the government) and 1989 (when 1 million people marched to protest against the bloody crackdown of the democracy movement in China). This mobilization was unprecedented, both in numbers (1 in 4 Hong Kong residents) and in quality, with videos showing protesters making way for ambulances and buses, moving peacefully despite the crowds and heat, and demonstrating their usual creative spirit in devising posters and slogans.

In this instance, civil society, which many observers thought was in a downward loop since the 2014 Umbrella Movement, was galvanized by the government’s bill to amend the Fugitive Offenders Ordinance. Presented in February 2019, the bill was conceived to facilitate surrender of suspects to territories with which Hong Kong has no extradition agreement. For most territories, Hong Kong’s Legislative Council (LegCo) has the power to authorize extraditions on an ad hoc basis, although this power has been used only very rarely; the bill would allow the Chief Executive to bypass LegCo and authorize extraditions on the basis of a court decision.

This contradicts the Hong Kong government’s assertion that the bill is needed to close an overlooked "loophole."

However, the bill also refers to the "other parts of the PRC," which were previously explicitly excluded from the Ordinance. Colonial Hong Kong extradited suspects to China until the early 1930s under a clause of the 1858 Treaty of Tientsin (one of its last victims was Mao’s classmate, the communist organizer Cai Hesen, who was handed over to a military governor in Canton and executed in 1931). This practice was subsequently halted and never resumed.

In the run-up to the 1997 handover, the issue of surrendering suspects to China was discussed and, according to participants in the negotiations, intentionally excluded. This contradicts the Hong Kong government’s assertion that the bill is needed to close an overlooked "loophole."

The problems with the bill have been comprehensively outlined. Tom Kellogg has noted that it lacks in human rights safeguards that have become standard in comparable agreements. Jerome Cohen underscores that Hong Kong courts would have no substantive say in whether facts submitted by a mainland court hold up to scrutiny, but would simply certify the formal compliance with the criteria of the ordinance. Not many rule of law jurisdictions have extradition agreements with China. France, Italy and Spain are the exception – no common law jurisdiction has passed such an agreement.But while those do exclude their own citizens from extradition, Hong Kong permanent residents are not excluded from the bill. Mainland courts will also have the power to request freezing the assets of suspects in Hong Kong. While the government made some concessions in response to concerns expressed by the business community (excluding political offenses, raising the bar to crimes entailing at least seven years of imprisonment, and requiring a request to be made by the highest legal authority in the requesting country), they did not allay most of the concerns in society.

Opposition was exacerbated by procedural issues. The Hong Kong Chief Executive, Carrie Lam, has argued that the bill is needed to extradite a murder suspect for trial in Taiwan. According to the Hong Kong Bar Association, Taiwan is indeed excluded from ad hoc extraditions authorized by LegCo (presumably because it is deemed to be part of China), although some lawyers have argued otherwise. At the same time, it has been reported that the Hong Kong authorities left three requests for legal assistance made by Taiwan in the murder case unanswered. The Taiwan government has repeatedly underlined that it would not request an extradition under the arrangement envisaged by the bill. Finally, the Hong Kong government tried to fast-track the legislation, reducing public consultation and bypassing the Bills Committee after opposition from pan-democratic lawmakers.

The origin of the legislation remains a subject of speculation. The Chief Executive is adamant that she proposed it on her own initiative and several voices in the Chinese bureaucracy have supported this idea, including the Chinese ambassador to the UK. Sources in the Hong Kong establishment have even suggested Carrie Lam gave insufficient notice to Beijing’s Liaison Office in the city.

However, other commentators have noted the relevance of the broader context, in which China has recently resorted to "unconventional" methodsto force rendition of Hong Kong residents (the Causeway Bay booksellers, the tycoon Xiao Jianhua), Xi Jinping’s anti-corruption campaign and the push to sign more extradition agreements around the world, as well as the chronological coincidence with the arrest of Huawei executive Meng Wanzhou in Canada in response to a US extradition request. The central government may not have explicitly proposed the bill, however it seems quite likely that it was involved to a certain degree in defining its scope, if only because it implicates Taiwan, a highly sensitive issue.

The Hong Kong tabloid Singtaoreported that Carrie Lam met with Politburo Standing Committee member (in charge of Hong Kong affairs) Han Zheng on June 14 in Shenzhen (although Lam did not confirm this). The New York Timeshas suggested that Lam’s idea sprouted in response to a speech by Xi Jinping last November underscoring Hong Kong’s obligation to legislate on national security in accordance with article 23 of the Basic Law.

Public opinion surveys show that the single factor driving opposition to the project is distrust of the mainland judiciary. It is no exaggeration to say that the independence of the judiciary and the commitment to the rule of law are the core of Hong Kong’s identity, not only as a guarantee of basic freedoms but also of Hong Kong’s continued prosperity as a financial and business hub in Asia.

It is no exaggeration to say that the independence of the judiciary and the commitment to the rule of law are the core of the core of Hong Kong’s identity.

The judiciary is seen to have come under some duress over the last few years. In June 2014, the White Paper on the "Practice of One Country Two Systems" published by China’s State Council put forward the notion of China’s "comprehensive jurisdiction" (quanmian guanzhiquan) over Hong Kong. Members of the judiciary were explicitly included among government officials called upon to "uphold" Chinese sovereignty and national security. In 2016, the National People’s Congress issued a retroactive interpretation of the Basic Law even as a connected court case was ongoing in Hong Kong (an unprecedented conjunction), resulting in the disqualifications of a series of elected lawmakers. The Hong Kong government has increasingly resorted to politicized prosecutions, appealing all non-custodial sentences in cases related to the Umbrella Movement that would have previously been viewed as freedom of assembly cases. The judges have come under considerable pressure through the combined effect of public or policy statements, the threat of NPC interpretations to reverse judgments that Beijing may not like, and the government’s resolve to use repeated public prosecution in cases with strong political impact. Some of them have delivered increasingly severe custodial sentences.

In the face of overwhelming popular protest, the Chief Executive has indefinitely suspended the bill and will most probably not be in a situation to advance controversial legislation (e.g. on national security under article 23 of the Basic Law) in the near future. She has also apologized for her ill-advised statements describing the protests as riots. Hong Kong civil society has shown its unshakeable determination to oppose the repeated erosions of the high degree of autonomy enshrined in the Joint Declaration and the Basic Law, of which the judiciary is seen as the capstone. In this sense, the protests have once more highlighted the unstable equilibrium between Hong Kong’s institutions, inherited from colonial governance and designed to provide accountability mainly to the Central Government, and civil society, which has repeatedly risen to the challenge of finding creative ways of asserting the legitimacy of its own views for the future of Hong Kong.

See also
Regions > Asia | Topics > International affairs
China: More Authoritarianism, More Uncertainty
Analysis | 2 March 2018 | Philippe Le Corre
Five years after his debut as General Secretary of the Chinese Communist Party and State President, Xi Jinping surprised the world on February 25. Chinese official media announced that the National People’s Congress would soon receive a proposal to modify the rule, which, in the Constitution,...
Next
Regions > Asia | Topics > International affairs
China: Xi Jinping's 2021 Countdown
Analysis | 18 December 2017 | Philippe Le Corre
2017 will be remembered as the year of the 19th Congress of the Chinese Communist Party, a key moment in the regime’s history. On October 18, the party emphasized “the Chinese nation’s great rejuvenation” under the leadership of a much strengthened General Secretary. Although Xi Jinping had...
Next
SIGN UP FOR OUR NEWSLETTER
for a handpicked selection of analyses each week Yes please
Series |
Next
Publication -
Next
...
Next
Séminaire réservé exclusivement
à nos entreprises adhérentes
Restricted to
member companies
Next