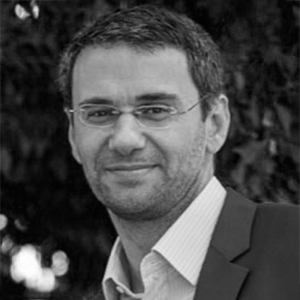 In April 2021, Israel and Greece signed their biggest ever defense procurement deal. What does this $1.68 billion contract consist of? What is the context behind this deal and what geostrategic implications does it have? Spyros Blavoukos, Associate Professor at Athens University of Economics and Business and Research Fellow at ELIAMEP, shares his insight.

The Greek-Israeli relationship received another powerful boost. In April 2021, a $1.68bn contract was signed for the establishment and operation of a cutting-edge fighter aircraft simulation training centre for the Hellenic Air Force, by the Israeli defence contractor Elbit Systems over a 22-year period. This is the biggest ever defense procurement deal between the two countries, which has not only apparent military value but also significant political connotations. The latter were explicitly mentioned in the statements following the signing of the agreement. Both sides stressed not only the excellent level of bilateral relations but also their strategic depth and relevance. In other words, the deepening and widening of the cooperation suggests a strategic and not opportunistic partnership between the two sides.

The running of a training centre creates numerous opportunities for the operational convergence between the Air Forces of the two countries that seek ways to further cement their military cooperation in the last couple of years. Deals concerning the leasing of drones have been signed. Common military exercises are more frequent than ever, with mutual benefits, like the familiarization of pilots with military equipment owned and deployed by foes. For example, in at least one past exercise over Greece, Israeli fighter planes practised against an S-300 posted on Crete, a leftover of a failed attempt by the Republic of Cyprus to strengthen its ties with Russia, in the 1990s.

The running of a training centre creates numerous opportunities for the operational convergence between the Air Forces of the two countries.

The Russian-made air defense system is also deployed in Syria and Iran, which are traditional foes of Israel. Major Israeli groups increase their economic presence in Greece, as evidenced, for example, by the purchase of Greek industry ELVO, a company specialized in the manufacture of coaches and military vehicles, by two Israeli companies, SK Group and Plasan. Altogether, there is no denying the fact that relations and cooperation between the two countries are blooming.

It has not always been like that though. For a long time, Greece’s foreign policy had prioritized relations with the Arab world, mostly as a result of the country’s energy dependence on oil imports from the Gulf countries, but also as a result of traditional trade and economic networks established in the Mediterranean basin over centuries of coexistence. Support to the Palestinian struggle, in the 1980s, contributed to the souring of relations between Greece and Israel. Only in 1990 did Greece finally de jure recognize the Israeli state, establishing full diplomatic ties with it. But the honeymoon was soon interrupted due to the Turkish-Israeli rapprochement that occurred from the mid-1990s onwards. This period ended abruptly, in 2010, when the Israeli naval forces intercepted a Turkish-orchestrated flotilla trying to break the naval blockade of the Gaza strip. This incident tipped the iceberg of Israeli discomfort and discontent with the ever-aggressive Turkish revisionism in the broader region of the Eastern Mediterranean. It made clear to the Israeli political elite that the Neo-Ottomanism of the Turkish foreign policy put in danger vital interests of the Israeli state and imposed a foreign policy U-turn. In a clear anti-Turkey balancing act, Israel sought closer cooperation with Greece, which had in the meantime emerged as a potential honest broker in the Arab-Israeli conflict, mostly as a result of the country’s record in the UN Security Council, in 2004-2005. The melting of the ice in the Greek-Israeli relations was sealed during the first ever visit of an Israeli Prime Minister to Greece, in 2010, the institutionalization of the relationship, through the establishment of a Joint Ministerial Cooperation Council, in 2011, and a defense cooperation agreement, in 2012. From then on, cooperation has expanded on multiple fronts, including trade, education, and tourism.

Besides Turkey, but not unrelated to it, the second main cause that accounts for the blooming of the Greek-Israeli relationship is cooperation in the energy realm. The ascendance of the Eastern Mediterranean as the new energy "Eldorado" increased the geopolitical and geoeconomic relevance not only of Greece and Israel, but also Cyprus. Several steps have been taken to form a stable tripartite relationship. The three countries signed an Energy Memorandum of Understanding (MoU) in 2013.

Besides Turkey, but not unrelated to it, the second main cause that accounts for the blooming of the Greek-Israeli relationship is cooperation in the energy realm.

Then, in 2020, they signed a deal for an undersea pipeline (EastMed) that would carry gas from new offshore deposits in the southeastern Mediterranean to continental Europe.The more than $6bn worth project is expected to satisfy about 10 percent of the European Union’s natural gas needs, substantially limiting the EU’s energy dependence from Russia. Setting aside the technical complications and the economic rationale of such a mega-project at a time when the global economy is moving away from fossil fuels, these plans have further irked Turkey, which since then has been trying to create turbulence in the region and force them to cancel. In summer 2020, Greece and Turkey came yet once more to the brink of a military imbroglio. This increase in tension very much owes to Turkey’s growing unease over its gradual marginalization and its erratic response to this perspective.

It is worth noting that the deepening of energy cooperation in the Eastern Mediterranean has the American blessing. The US, together with Greece, Israel, and Cyprus, signed the Eastern Mediterranean Security and Energy Partnership Act (East Med Act), in 2019, which reinstates their opposition to any destabilizing action in the region that would violate international law. In a joint declaration, the four countries agreed to "…defend against external malign influences in the Eastern Mediterranean and the broader Middle East". This initiative is indicative of the American interest in the energy developments in the region. This policy approach has not changed with the new Biden administration, that seems to adopt an even harsher attitude towards Turkey.

A cornered and diplomatically battered Turkey gives more reasons to the two countries for further military cooperation, given the precarious political and economic situation in the country and the unpredictability of the Erdoğan regime. Efforts to bring some life and warmth to the seriously damaged Turkish-Israeli relationship are underway, kicking off with discussions, in March 2021, for the mutual reopening of embassies in Tel Aviv and Ankara respectively. However, bolder and more far-reaching offers have been rejected by Israel, as was the case for a reported bilateral agreement, earlier in 2020, on the countries’ shared exclusive economic zones that would leave Cyprus in the lurch. Such efforts will continue as Turkey will struggle to get out of the diplomatic corner it is in. However, for the time being, the Greek-Israeli relationship seems to have moved on, if not to a full marriage, at least to a very serious engagement.

See also
Regions > Europe > Middle East & Africa
Whose Sea? A Greek International Law Perspective on the Greek-Turkish Disputes
Analysis | 16 October 2020 | Maria Gavouneli
International law around the definition of countries' Exclusive Economic Zones (EEZ), territorial waters or continental shelves is complex and unclear, which can lead to serious tensions when neighboring countries compete for the control of riches in their waters. Such an issue is precisely what...
Next
Regions > Europe > Middle East & Africa
Stronger Together - Greece: You Can’t Choose Your Neighbours but You Can Choose Your Friends
Analysis | 18 February 2021 | Spyros Blavoukos
The tensions underlying Greek-Turkish relations transcend time and persist, over immigration and maritime sovereignty rights. In the past few months, both countries have been at the brink of a military imbroglio, implying the need for a fundamental rethinking of Greece’s strategy of engagement...
Next
SIGN UP FOR OUR NEWSLETTER
for a handpicked selection of analyses each week Yes please
Series |
Next
Publication -
Next
...
Next
Séminaire réservé exclusivement
à nos entreprises adhérentes
Restricted to
member companies
Next