Governing during a pandemic crisis 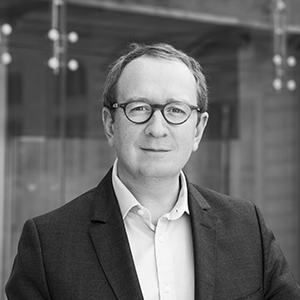 The Coronavirus outbreak is propagating. It raises concerns about health, as well as legal and political questions on how such an unprecedented and serious crisis can be managed. Interviewed by Institut Montaigne’s Director, Laurent Bigorgne, Sciences Po President Olivier Duhamel, our contributor on political and institutional issues, reflects on the democratic implications of the crisis in France.

Our political leaders in France now follow the recommendations of a Scientific Council commissioned by the President and the Prime Minister1. Is this the sign of a shift in power from politicians to scientists?

President Macron and Prime Minister Philippe’s TV addresses may well have given this impression, but I think this has been corrected since. It is perfectly legitimate - and reassuring - that, in response to an extremely dangerous health threat, political decisions be taken only after being informed by experts. Can we imagine military operations being conducted without the opinion of our armies’ highest authorities? But it is just as necessary for the final decision to be reached by politicians, based on scientific data and other elements. Take note that Emmanuel Macron, in his speech on Monday, March 16, announced that he relied upon "scientific insights and field data".

What considerations, other than those regarding health, need to be taken into account?

Let's be clear. Fighting the virus is indeed a priority, but it’s not the only one. It seems to me that we can identify and prioritize three types of requirements. Firstly, those regarding health, secondly, those regarding democracy, and thirdly, those regarding economic and social issues. Many of the doctors appearing in the media tend to focus solely on the first requirement, which is perfectly understandable. Now, let's look at the other ones. We live in a democracy, not in dictatorships like China, Russia or Turkey, nor in authoritarian theocratic regimes like Iran. Sealing the doors of apartments to prevent people from leaving their homes is out of the question, nor can we imprison those who fail to follow instructions or those who spread critical statements.

Does this mean that the French government was right to maintain the first round of municipal elections, and that it is right to postpone the second round?

In a democracy, and even more so when hit by a crisis of this scale, the heaviest decisions, as I have said from the outset, should be based on a minimum consensus, one that would be both scientific and democratic.

It was and it is right. Why? Because in a democracy, and even more so when hit by a crisis of this scale, the heaviest decisions, as I have said from the outset, should be based on a minimum consensus, one that would be both scientific and democratic. In the days leading up to the first round, these two parties, scientific and democratic, reached a consensus over maintaining the elections. Some even went so far as to say that postponing the second round would be a "coup". On the evening of the first round, this double consensus was reversed, asking for, if not demanding, postponement.

Worse than comments about what should be done, we sometimes hear criticisms about what should have been done. Some have even opposed the holding of the first round when they demanded, a few days before, that it be maintained – which somewhat discredits them.

This kind of circumvention is as limited as possible. The French Parliament was asked to pass a law. As for those who would invoke breach of the principle of equality, with certain mayors elected in the days following March 15 and others elected only at the end of June, or unequal terms of office : I would remind them that for more than a century, since February 28, 1919, the Council of State (Conseil d'État) has established the theory of exceptional circumstances2, making it possible to circumvent the law when the gravity of the situation so requires. Let us add that the Constitutional Council (Conseil constitutionnel) has validated this theory and once accepted to cancel the second round of legislative elections because of a cyclone3.

Do you therefore consider that French rulers are doing the right thing?

Overall, and given the exceptional circumstances we are going through, yes, I do. Despite their mistrust towards politicians, the media and experts, French people do share this opinion – and this was not self-evident. Altogether, those who are the most critical, hostile to power or quarrelsome, and the conspiracy theorists - that’s quite a group already - will claim the opposite. Of course, anyone could point out inconsistencies, sometimes forgetting that, regarding health, what was a fact this morning could be invalidated tonight; or they could relentlessly ask themselves why Emmanuel Macron did not use the word "confinement" – or who knows what else... But in my opinion, these inconsistencies are less relevant. The ones that would matter are, for instance, emergency department congestion or imperfections in distance-learning programs.

Beyond that, it will be time to assess what requires serious changes in our health, economic, social and international trade systems, but also in our legal regulations and our lifestyles. In the meantime, all at home and one for all.

Despite this, the authorities are acting responsibly, and the French are increasingly understanding the need for civic-mindedness. When all this is finally behind us, it will be time to take stock, in good faith, of one another’s successes and mistakes. Beyond that, it will be time to assess what requires serious changes in our health, economic, social and international trade systems, but also in our legal regulations and our lifestyles. In the meantime, all at home and one for all.

2Dames Dol and Laurent judgment: a delight for students in administrative law. Two prostitutes had been prohibited from soliciting and denied service in cafés. They attacked the order of the Var Prefect. It was indeed illegal, but being during wartime, the Council of State finally validated the Prefect's decision.

3Decision 73-607 / 741 AN of June 27, 1973, finding against the applicant, Paul Vergès, although the Prefect did not have jurisdiction to cancel the second round of the elections in that district of La Réunion.

See also
Topics > International affairs
The Coronavirus, a Geopolitics of Fears
Analyses | 16 March 2020 | Dominique Moïsi
The Covid-19 pandemic has revealed and heightened fears in a world that is more fractured than ever. In the face of unreason, this evil could force us to rehabilitate expertise and competence, and prevent us from giving way to national egoism and pure protectionism. What makes emotions so...
Next
Topics > International affairs
Market Crash, Coronavirus, Oil Price Collapse, Where Do We Go?
Analyses | 12 March 2020 | Eric Chaney
This was a really awful black Monday by any historical yardstick. On March 9, global equities plunged, triggering circuit breakers even in the most liquid markets. At market close, the S&P 500 index had lost 19% from its recent peak (19 February). This steep decline was set off by a collapse of...
Next
SIGN UP FOR OUR NEWSLETTER
for a handpicked selection of analyses each week Yes please
Series |
Next
Publication -
Next
République
...
Next
Séminaire réservé exclusivement
à nos entreprises adhérentes
Restricted to
member companies
Next