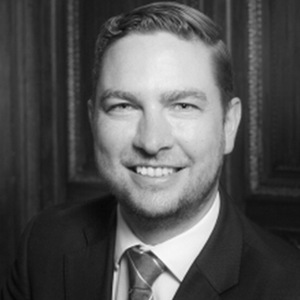 New Zealand has been very fortunate with its response to Covid-19 so far, recording just 1,709 cases and 25 deaths (excluding cases detected at the border in our Managed Quarantine Facilities).

Due in large part to our status as an island nation at the bottom of the world, New Zealand had the benefit of watching how the early stages of the pandemic unfolded overseas. By the time our first case was diagnosed on February 28, outbreaks were already well underway in many countries. Our Government, working with our Ministry of Health, determined that the best approach was to act decisively. Border restrictions were first imposed when we had just eleven cases, with complete closure to all but returning New Zealanders when the total was just 39 (on March 20). On March 23, the same day we confirmed our first community transmission (two cases), the Government announced a nationwide lockdown to go into effect 48 hours later. That lockdown stayed in effect for 34 days before easing to level 3 restrictions for a further 16 days. On May 14 we eased to Level 2 and small gatherings of up to 10 people were again permitted. On June 8, 75 days after lockdown was first imposed, NZ re-entered Level 1, with no active community cases. Alongside social restrictions, key elements of the NZ response included: widespread testing; active contact tracing; clear communication; and trusted leadership from experts and politicians.

Our response to the first wave, summarized as "act early, trace vigorously, test widely and communicate clearly", has become the hallmark of New Zealand’s future and ongoing response. New Zealand’s second wave began on August 11 and was again characterized by immediate restrictions and widespread testing. On this occasion, the time between the first imposition of restrictions and being back to level 1 with no community transmission, was 57 days (October 8). This outbreak was limited to just 186 cases and three deaths. In contrast to our first response, this time we used a regional lockdown, whereby Auckland was restricted (Level 3), while the rest of the country moved into a heightened state of alert (Alert Level 2).

Importantly, at Alert Level 3 Aucklanders were prevented from leaving the city and no one could enter. Also of note, mass masking was not a feature of our approach to the first wave, but in recognition of emerging evidence, it became part of the national response the second time around. People were required to wear masks on public transport at Alert Level 2 and above, and strongly encouraged to wear them in indoor spaces when around others. The other feature that had changed between the first and second wave was the availability of a contact tracing support app. On May 20, the Government introduced the NZ COVID Tracer App and encouraged people to download it to their mobile phones. The idea is that you scan QR codes displayed by businesses and in the event of an exposure, the Ministry can contact users who have been in those areas via the app. Early in the second wave it became compulsory for businesses to display QR codes and usage went up. Its true value in containing Covid-19 is probably limited due to relatively modest uptake.

As of November 9, New Zealand remains at Alert Level 1. We are maintaining a significant testing capacity with a testing rate of 208/1,000 population to November 12. With our small number of cases and relatively high testing, we continue to lead the world with the number of tests per confirmed case at almost 700. This compares to the next closest country, Australia, on 325 and most European countries between 10 and 30. We are fortunate that, with very low numbers, there is no serious discussion about "herd immunity", which may hopefully be achieved through a wide vaccination programme when available.

Despite the inevitable critique of New Zealand’s approach to early lockdown as one that harms the economy, the Government still enjoys strong support for this approach and recent economic data has shown better than expected figures, especially for unemployment.

It is worth commenting that a large part of New Zealand’s success has been due to public compliance. Every time the Government has introduced restrictions, people have accepted them and complied. While some of this is cultural, it is also due in large part to the significant effort the country’s leaders have put into communication.

The willingness to engage directly and transparently, and the credible partnership between politicians and experts, was a key factor in keeping the public onside with the approach.

Every day at 1pm, during our first and second waves, the Prime Minister (or another senior minister) stood alongside the Director-General of Health and addressed the nation. They provided a clear account of the situation and the rationale for the approach, and took questions from journalists in press conferences that routinely went for over 30 minutes. That willingness to engage directly and transparently, and the credible partnership between politicians and experts, was a key factor in keeping the public onside with the approach. This was reinforced through clever messages, such as the idea that we were a team of five million who all had our part to play. Recently, the Government received a renewed electoral mandate for their "go hard, go early" approach in our national election, being delivered the biggest parliamentary majority in a generation.

New Zealand is in the enviable position of being essentially free of Covid-19. With our borders closed to all but returning New Zealand citizens, who must undergo 14 days of managed quarantine in a Government run facility, the risk is well managed. At some point however, we hope to open our borders again and access to an effective vaccine is seen as a necessary prerequisite. Hopefully we will begin a vaccination programme sometime in 2021, but until then we will continue with our tried and tested approach.

See also
Topics > International affairs > Healthcare
When Democracy Meets Efficiency: How Communication Can End the Pandemic
Three questions to Heidi Tworek
INTERVIEW | 5 November 2020 | Heidi Tworek
In order to successfully exit the second lockdown taking place in France and around the world, handling the crisis communication is central, as it forms the foundation of collective action to counter the virus. Three researchers from the University of British Columbia in Canada recently published a...
Next
Topics > International affairs > Healthcare
Leaders Revealed by Covid-19: How Far Will Jacinda Ardern Go?
Analyses | 20 August 2020 | David Camroux
With only a few cases of contamination in February 2020, Wellington imposed a lockdown immediately nevertheless. This is because New Zealand is led by a modern woman with a firm grip on power. She put New Zealand in the spotlight during the terrorist attack in Christchurch, and she is at it again,...
Next
SIGN UP FOR OUR NEWSLETTER
for a handpicked selection of analyses each week Yes please
Series |
Next
Publication -
Next
Cohésion sociale | Santé
...
Next
Séminaire réservé exclusivement
à nos entreprises adhérentes
Restricted to
member companies
Next