Gender Inequalities in the Health Sector: Links with Socioeconomic Determinants 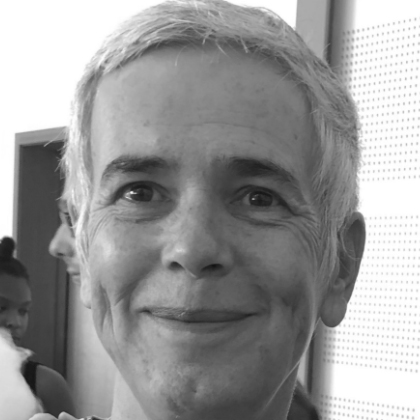 The World Health Organization (WHO) identifies several socio-economic factors as determinants of one’s health: salary, unemployment and education are some examples. Today, many studies look at the differences in health conditions as a result of such factors. According to Nathalie Bajos, sociologist and demographer at Inserm and co-leader of the Gendhi (Gender and Health Inequalities) project, the impact of gender is still insufficiently understood as a key determinant of health inequalities. Nevertheless, as a neurobiologist, Catherine Vidal explained in a previous article (in French), how gender representations clearly influence the treatment and detection of certain pathologies.

How can we define socioeconomic health inequalities?

In Europe, there are significant variations in the health status of populations based on social class, origin or gender. These health inequalities are all the more worrying given that basic health coverage is universal in most countries. Social health inequalities can be observed through various indicators, in particular the differences in life expectancy at birth based on income level. In France, a man who belongs to the wealthiest 5% of his age group lives 13 years longer on average than a man who belongs to the least wealthy 5%. This is also strongly linked to working conditions. For example, the difference in life expectancy between a manager and a worker, both aged 35, is nearly 6 years. Measures of healthy life expectancy are also a marker of socio-economic inequalities, particularly for older people: in OECD countries in 2019, almost 30% of older people in the lowest 20% reported being in poor or average health, compared to 11% of people in the highest 20%.

Such disparities in terms of life expectancy reveal great differences in living conditions and occupational and environmental factors between people of different social backgrounds.

Such disparities in terms of life expectancy reveal great differences in living conditions and occupational and environmental factors between people of different social backgrounds. They also reflect the impact of living conditions on health status. For example, according to DREES, the risk of suffering from a chronic disease (with the exception of certain types of cancer) is higher among people from the most modest backgrounds than among the most affluent. In fact, the poorest 10% are 2.8 times more likely to develop diabetes, and twice as likely to have some psychiatric illnesses than the wealthiest 10%.

Social determinants also have a direct impact on different lifestyle habits (healthy eating, sports, etc.), which contribute to increased social health inequalities. In France, for example, 70.5% of the most educated people eat vegetables on a daily basis, compared to 62.1% of the least educated. In addition, the richest 25% consume three times fewer sugary drinks than the poorest 25%. These health inequalities are observable even before birth: among pregnant women in 2016, 94% of managers said they had not smoked in the third trimester of pregnancy, compared to 66% of working-class women.

What socio-economic health inequalities are observed between men and women specifically?

In all countries, indicators of life expectancy at birth show that women live longer. In OECD countries, the difference is 5.3 years on average (83.6 years for women against 78.3 years for men). It should be noted that this "female advantage" is not found in all social spheres, as women are mostly disadvantaged in many others (wages, political power, domestic tasks, etc.).

In France, a woman aged 65 can expect to live another 23.2 years, but the average number of years left without disability is only 11.2 years. For men, the remaining life expectancy at age 65 is 19.4 years, but life expectancy without disability is only 10.1 years. Therefore, the gap between men and women is reduced to only 1.1 years if we focus on life expectancy in good health. Moreover, the onset of reduced autonomy in the form of severe or moderate limitations occurs around age 75 for men and age 76 for women. As such, the initial claim of a female health advantage on this front can be questioned - all the more so as it varies according to social background and pathologies.

It is true that women and men have specific biological traits (in terms of reproduction, for example). Beyond these specificities, however, it is important to consider the health norms and practices that are socially gendered. The Gendhi project was created to measure and characterize these health inequalities. It is carried out by Inserm (Nathalie Bajos, Michelle Kelly-Irving), the CNRS (Muriel Darmon) and the Paris School of Economics (Pierre-Yves Geoffard). The project calls into question the supposed female advantage in health and addresses the issue of social health inequalities and access to care. To do this it considers gender from the lens of social relationships and, by extension, as a key determinant of these inequalities.

The initial claim of a female health advantage on this front can be questioned - all the more so as it varies according to social background and pathologies.

The approach is centered on four pathologies that affect populations differently:


How can we measure and fight against social health inequalities?

In order to measure and characterize these health inequalities, it is necessary to observe the courses of life and care practices that begin in early childhood and continue until the end of life.

The method adopted in the Gendhi project is precise and objective. The approach to gender-based health inequalities and the integration of class dimensions is "intersectional" in the scientific sense of the term. This means that it is built on the assumption that social relations of gender, class and origin lead to the construction of particular social and preventive practices. The objective is to understand how health inequalities are socially constructed by crossing disciplines - sociology, demography, economics and epidemiology - and adopting a holistic approach to inequalities in access to health and care.

In order to measure and characterize these health inequalities, it is necessary to observe the courses of life and care practices that begin in early childhood and continue until the end of life. It is important to understand the ways in which gendered socialization to health issues during childhood creates inequalities depending on social background, origin, etc. It is key to decipher how these differences in practices can influence the resort (or not) to healthcare, the relationship with the body and various symptoms. These inequalities, which are present from a very young age, intensify throughout an individual’s life.

The project uses qualitative and quantitative data to understand how health inequalities operate and are constructed. Several epidemiological surveys are consulted, such as Constances, EpiCov, HBSC (European cohort of adolescents), Elfe (INE) and SHARE. Field studies are conducted by researchers who participate in a family’s life for a certain period of time to observe and analyze health and care practices, and interviews are conducted with patients and health professionals. Medical recommendations published by acclaimed sources are also analyzed to identify possible biases regarding the treatment of patients according to their gender.

Gendhi's theoretical model can be applied to other countries and can help public authorities in their decision-making regarding public health prevention policies.

See also
Topics > Healthcare > Economy > Social affairs
Healthcare at a Territorial Level: a French Imperative
Analyses | 1 June 2022 | Laure Millet | Emma Ros
The French healthcare system is facing numerous challenges, which include a COVID backlog, quitting in droves, an aging population, chronic illnesses, the current crisis in emergency services… Against this backdrop, the perception of the public hospital is strongly degrading and patients fear...
Next
Topics > Healthcare > Economy > Social affairs
What to Expect French Healthcare in 2022
Analyses | 7 February 2022 | Laure Millet | Emma Ros
For more than two years, Covid-19 has been raising key questions about our attitudes towards health, and our broader expectations of the healthcare system. According to a recent poll by IFOP, a leading French polling institute, 74% of French people think that the quality of the healthcare system...
Next
SIGN UP FOR OUR NEWSLETTER
for a handpicked selection of analyses each week Yes please
Series |
Next
Publication -
Next
Santé | Cohésion sociale | Économie
...
Next
Séminaire réservé exclusivement
à nos entreprises adhérentes
Restricted to
member companies
Next