The French Brief - France in the Era of Unemployment 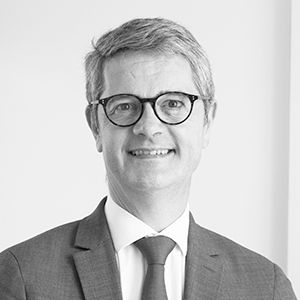 The crisis has thrown France into a serious period of unemployment. Short-work and partial unemployment have allowed the country to stay afloat, but the numbers remain alarmingly high and new solutions need to be found. Is this the moment when France reinvents its labour market? Franck Morel, our Senior Fellow on Labour, Employment, Social Dialogue lays out France’s unemployment challenges in this second French Brief.

How grave is the state of unemployment in France? What are the main challenges?

Unemployment is France’s problem of the hour. In less than two months, this singular increase in the number of jobseekers has more than made up for the fall in unemployment that the country had begun to experience since the beginning of Emmanuel Macron’s presidency, in May 2017.

There are five unemployment categories in France (A, B, C, D and E), classifying jobseekers by their availability to work. In the first category A, which groups all unemployed individuals that are actively seeking work and available to take on any type of contract, the number of jobseekers jumped by more than 1 million in March and April 2020. It then fell by 420,000 in the following three months as many of them started to declare that they were no longer seeking, due to the crisis. That still left the number of unemployed at an all-time high.

Unemployment has been France and Europe’s deepest crisis since the beginning of the 20th century.

The French governmental agency in charge of registering and accompanying unemployed people is called Pôle Emploi. Initially, the unemployed remained unemployed, i.e. the flow of new jobs had dried up. Increasingly now, there are more newly unemployed people, who have either had their contracts terminated, or have seen their activity significantly reduced during this period. Registrations to Pôle Emploi could thus continue to increase.

In an interview on July 28, the French Minister of Labour Elisabeth Borne pointed out that the number of collective redundancy procedures with an Employment Safeguard Plan was 107 in June, up from 40 at the same time the year before.

In actual fact, unemployment has been France and Europe’s deepest crisis since the beginning of the 20th century. It is why Covid-19 could truly serve as a catalyst for innovative practices that could provide answers to some of the bureaucratic deadlocks in France’s job market. Increased flexibility in the job market and a solidarity fund for independent workers have certainly reduced the impact on unemployment so far.

What are the main tools that France already has in place to deal with unemployment?

President Macron undertook significant labor reforms on September 22, 2017, which became known as the Macron Laws, (les Ordonnances Macron). These reforms aimed to give more wage-negotiating power directly to companies. The main advantage of these laws is the increase in flexibility and the quicker reaction time when it comes to tackling different kinds of challenges within companies - the crisis being a case in point.

In some cases, there are no trade unions or staff representatives, which makes it harder for smaller companies to have access to the organizational possibilities that the reforms have opened up. That is why these laws include special provisions for the smaller companies, creating channels for direct consultation with staff, and enacting new rules around the process of dismissals. This fits into the larger objective of rendering the job market more flexible overall. Since the beginning of the health crisis, the government has deployed a large number of ambitious and costly tools aiming to deal with the shock to jobs, through various forms of partial unemployment.

Since the beginning of the health crisis, the government has deployed a large number of ambitious and costly tools aiming to deal with the shock to jobs.

This unemployment scheme, known in France as chômage partiel, consists in having one’s working hours cut, as a result of reduced or halted activity. Companies can apply for partial unemployment under Article R5122-1 of the French Labour Code. The government then allocated financial compensation to the workers whose activity was reduced. At the height of the crisis, nearly 8 million workers took part in the partial unemployment schemes.

The current period lends itself to innovations in labour laws, necessary to preventing the collapse of entire sections of the French economy.

How does France fare in relation to unemployment in other European countries?

Comparisons between European countries are complex. The ILO definition of unemployment rate led to a decrease of the French unemployment rate in July because of the large number of people declaring not to be available for job seeking as a result of the crisis.

In July 2020, the unemployment rate in the EU was 7.9%, with approximately 15.2 million unemployed individuals, whereas it had been 6.3% in July of the previous year. According to OECD data France reported a 6.9% unemployment rate in July, keeping in mind the aforementioned inaccuracy in how the measure is calculated due to France’s different unemployment categories. Germany had an unemployment rate of 4.4%, while Italy stood at 9.7%. Despite the varying levels of unemployment rates, what was seen across various countries was the prevalence of job retention schemes, with about 20% of workers depending on them.

The European Commission activated its SURE instrument, which will provide up to $100 bn in support to workers affected by Covid-19.

Italy put in place the Relaunch Decree, also known as the April decree, which provided a special 9-week wage fund for workers whose activity had been reduced. It also provided a (heavily conditioned) paid leave for employees with young children or children with special needs, a ban on dismissals to run for a 5-month period. Similarly, Germany functioned on the basis of Kurzarbeit, or "short-time work", according to which employers reduce their employees working hours instead of firing them, and where they receive 60% of their pay for the hours not worked.

It would be worth noting here how Germany also has multiple flexibility mechanisms in terms of working time. It is precisely why Germany’s shock to the labour market during the 2009 crisis was relatively mild.

In order to support such short-work schemes throughout Europe, on September 22 the European Commission activated its SURE instrument, which will provide up to $100 bn in support to workers affected by Covid-19, through EU loans to member states.

Proposals for combating unemployment in France

France can certainly do more to strengthen its arsenal of concrete and easily accessible solutions. In a note published by Institut Montaigne in September 2020, the author puts forth 9 policy proposals that France could apply in order to make the job market more flexible and provide various buffers to cushion the effects of the crisis:

Unemployment will most likely continue to increase. Innovation is thus key to dealing with the situation before it spirals out of control, by increasing the flexibility with which workers and companies can interact, organize their working time and sign new contracts. Vocational training will also play a key part in protecting workers at risk of losing their jobs and making sure that they are still able to be active in the job market, especially when it comes to independent workers. All tools and new ideas should be brought to the table and can play a key role in winning this battle against crisis.

See also
Topics > Economy >  | France
The French Brief - Will the Pandemic Change the French State?
Analysis | 22 September 2020 | Nicolas Bauquet
France is back to business, and public policy. After a few months on the brink of a national disaster, and a lockdown that managed to bring the pandemic under some control, the French President Emmanuel Macron and his new Prime Minister, Jean Castex, are busy fulfilling old and new promises. On top...
Next
Responsible Capitalism: An Opportunity For Europe
Publication - September 2020
Concrete recommendations to make responsible capitalism possible in Europe....
Next
SIGN UP FOR OUR NEWSLETTER
for a handpicked selection of analyses each week Yes please
Series |
Next
Publication -
Next
...
Next
Séminaire réservé exclusivement
à nos entreprises adhérentes
Restricted to
member companies
Next