France and Greece in a Defense Partnership: A View From Turkey 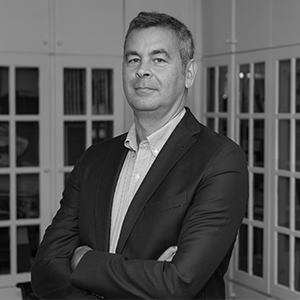 Greek diplomacy has been visibly active in recent years. Athens has succeeded in building a number of alliances, networks and cooperative arrangements both on the energy and security fronts. Such developments have been facilitated by the deteriorating relations between Turkey and its transatlantic allies, as well as the diplomatic tensions between Turkey and key Middle Eastern and Eastern Mediterranean countries like Israel and Egypt. Given this context, the alliances that Athens has built have the benefit of presenting a common front against Turkey, particularly on matters of energy. The East Mediterranean Gas Forum (EMGF) that includes Greece, Egypt, Israel, Cyprus, Italy, Jordan and Palestine, is the most important of such organizations that exclude Turkey. Instead of probing for diplomatic solutions, Ankara’s premium on a militarized approach to the outstanding problems in the Eastern Mediterranean has deepened its isolation and explains the indifferent response it has received to its legitimate claims.

Athens’ historically rocky relations with Washington have improved considerably. The two allies expanded their defense cooperation agreement to allow indefinite access to US troops to train and operate from four bases in Greece, most notably in Alexandroupolis in Western Thrace. Washington also lifted its arms embargo against the Republic of Cyprus, Athens’ closest ally and collaborator in the Eastern Mediterranean. These moves suggested that Washington was retreating from its traditional role as mediator and adjudicator between Greece and Turkey in the Eastern Mediterranean, and that the United States was choosing not to rely solely on Turkey for its moves in the Black Sea.

It was in such a context that a most notable development took place, that arguably raised the chances of a conflagration in the Eastern Mediterranean and the Aegean Sea. France, which took a very harsh stance against Turkey during the tensions of July and August 2020, has been actively supportive of Athens’ ambitions. This policy has been made evident with the signing of the Defense Agreement between France and Greece in September 2021. This deal between two NATO members (implicitly targeting a third member) raised the stakes in the region, despite reassurances by Paris as to the interpretation of its article 2, ultimately creating a potential for escalation..

By firmly siding with Greece in its disputes with Turkey and by eventually concluding a mutual defense treaty, France has not only alienated Ankara but has essentially sidelined itself as a potential partner for Turkey in the longer term. This is the case for instance on the issue of ballistic and air defense. Back in 2017, Turkey opted to purchase the S400 system from Russia. In the post-coup atmosphere, Turkish authorities justified this decision by the erosion of trust towards Washington. As it stood, the argument was that Turkey could no longer rely on the United States’ good will, a country that has supplied weapons to the Syrian Democratic Union Party (PYD), a party linked to the Kurdistan Workers' Party (PKK) .

Washington has also remained indifferent to Turkey’s demands to dismantle the Fethullah Gulen network’s activities within the US. Although a similar claim of lack of trust can be made towards Russia that allows a PKK office in Moscow and engages with the PYD in Syria, a sovereign decision was made in favor of the S400 system. The bilateral relationship and its prospects is a key determinant in a country’s defense planning and decisions related to the acquisition of major platforms.

The France-Greece deal will have fostered a deep suspicion in Ankara, very possibly leading to France’s exclusion from Turkey’s major defense procurement projects.

From this perspective, the France-Greece deal will have fostered a deep suspicion in Ankara, very possibly leading to France’s exclusion from Turkey’s major defense procurement projects. It is unclear how the positioning of the EUROSAM consortium, which produces the SAMP-T air and ballistic missile defense system, will be affected. Maybe the Italian presence will be enough to comfort Turkish policy makers. But it is certain that in the corridors of the defense establishment, the argument that Turkey cannot opt for a major system which will create long term dependencies on an "unfriendly" country like France will be voiced openly.

Indeed, with France having clearly demonstrated its intent to side with Greece in any future conflict with Turkey, decision makers in Ankara will be even more resistant to create (and possibly deepen) Turkey’s reliance on French made platforms.

At the political level, the mutual defense agreement between Paris and Athens will be viewed from Ankara as yet another sign that France is unwilling to adopt a more balanced stance on the bilateral disputes between Turkey and Greece. As reflected in the analysis by Bruno Tertrais, the deal does not cover Exclusive Economic Zones (EEZ). But in reality, it is difficult to determine that France will not take sides in a Turkey-Greece military conflict that may have originated from the dispute over EEZs. It would be naïve to assume that such an unwanted conflict would remain firmly contained and limited to the zone of contested waters. The more likely scenario is that if such a conflict emerges, it may very well spiral out of control. Therefore Paris’ view that the reassurance does not extend to EEZs is in fact of limited value to Ankara.

Secondly, the reassurance provided by France to Greece takes place in a geopolitical context where bilateral disputes between Turkey and Greece remain unsettled. From territorial waters to the continental shelf and EEZs, from the demilitarized status of the Dodecanese islands to the observed limit of Flight Information Regions, Turkey and Greece still have a cornucopia of unresolved issues. In addition, Cyprus’ ongoing political division still has the potential to generate a conflict that can draw Greece and Turkey in. On a positive note, Turkey and Greece have restarted their exploratory talks on these residual disputes. But the analysis in Ankara will be that by providing political and military support to Greece in such a geopolitical context, France has undermined the prospects of a lasting settlement between Greece and Turkey.

Greek authorities will now feel more comfortable in maintaining their maximalist claims towards Turkey. These include allegations that Kastellorizo, an island of 10 km², located only 2 km away from the Southern coast of Turkey, and 580 km from the Greek mainland, enjoys a full EEZ of 320 kilometers and therefore generates a continental shelf area of 40,000 km² leaving Turkey, the country with the longest coastline in the Eastern Mediterranean, with one of the region’s smallest EEZs.

Cyprus’ ongoing political division still has the potential to generate a conflict that can draw Greece and Turkey in.

As a result, the understanding in Ankara is that the Paris-Athens defense deal will generate both military and political consequences that will be detrimental to peace and stability in the Eastern Mediterranean. In other words, instead of incentivizing Athens and Ankara in their diplomatic bid to resolve their bilateral disputes, Paris has opted to fully back one side of the conflict, turning a blind eye to the difficult geopolitical reality of the region. It furthermore decided to remain oblivious to Turkey’s legitimate concerns on issues such as the arming of the Aegean islands, the need to come to a reasonable and fair resolution on the matter of territorial waters, or indeed the option of going to the Hague for adjudication.

In many ways, this stance is comparable to the EU decision to accept the membership of a divided Cyprus in 2004. The de-linking of EU accession from the need for a political settlement has to be viewed as the most fundamental reason for the continuing division of the island. It is as a result of this nonchalance that Greek Cypriots voted against the UN sponsored referendum which, if adopted, would have ended the dispute. In fact, the EU siding firmly with one side of the dispute has in essence only helped to perpetuate the conflict. France is now making the same type of geopolitical mistake in the Eastern Mediterranean. But this assessment is based on the assumption that the calculus in Paris favors the settlement of disputes between Greece and Turkey. In view of the relevant record one cannot be sure that this is indeed the case.

See also
Regions > Europe > Middle East & Africa | Topics > International affairs > Security
Whose Sea? A Turkish International Law Perspective on the Greek-Turkish Disputes
Analyses | 19 October 2020 | Riza Türmen
The discovery of fossil fuels in the waters of the Mediterranean has brought the sensitive issue of drawing maritime borders back to the table, as Turkey has sent research ships within disputed waters. To complete our Whose Sea series on the issues of the Eastern Mediterranean, we invited Dr. Riza...
Next
Regions > Europe > Middle East & Africa | Topics > International affairs > Security
Whose Sea? EU’s Role in the Eastern Mediterranean - A View from Turkey
Analyses | 13 October 2020 | Sinan Ülgen
At the heart of most of the recent conflicts in the Eastern Mediterranean lies one issue: the unresolved problem of border drawing in the waters surrounding the Turkish coasts and the myriad of Greek archipelagos. Sinan Ülgen, a former Turkish diplomat and current chairman of the Istanbul-based...
Next
SIGN UP FOR OUR NEWSLETTER
for a handpicked selection of analyses each week Yes please
Series |
Next
Publication -
Next
...
Next
Séminaire réservé exclusivement
à nos entreprises adhérentes
Restricted to
member companies
Next