Everything At Stake: Will Climate Unite the US Congress? 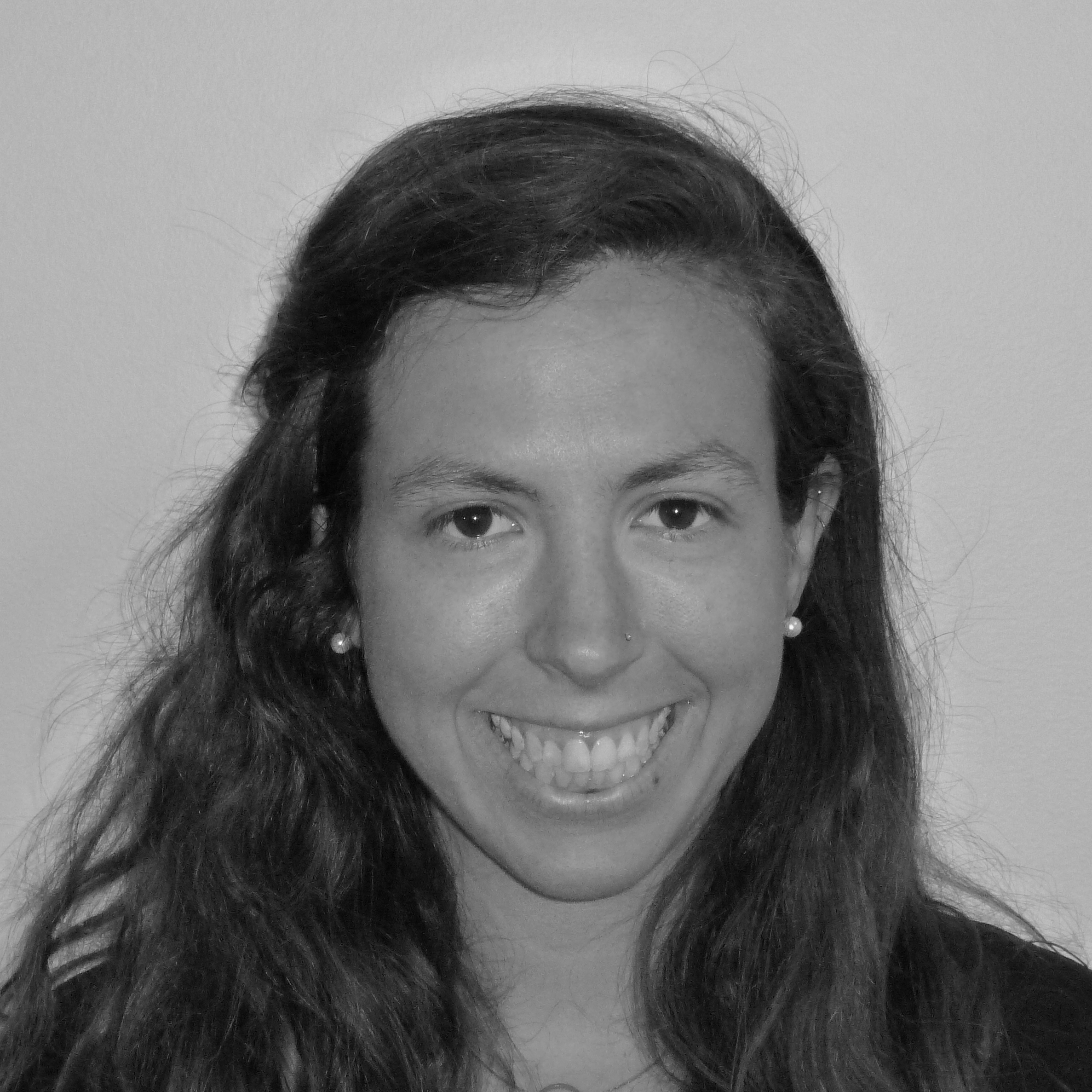 A year into President Biden's term, it is time to make an initial assessment on his climate agenda. The Build Back Better Act, designed to support the energy transition and one of the largest public investment plans in US history, is still stalling in the Senate. Sally Hardin, Director for Energy and Environment Advocacy at the Center for American Progress, offers her take on the partisan divisions in Congress around the climate issue and possible alternative courses of action to achieve Biden's climate goals.

Senator Joe Manchin said in late December that he would not vote for Joe Biden's flagship $2 trillion bill for social, education and fight against climate change programs; he recently added that he would not engage in negotiations that would "further divide the country". What would be the consequences of abandoning the BBB plan for Biden's goals of reducing greenhouse gas emissions by 50 to 52% by 2030 relative to 2005 levels? Do you think a climate-only bill could still pass Congress in 2022 given the importance of addressing climate change to the Biden agenda and especially to progressives in the Democratic Party?

A recent study by the Washington Post found that more than 40% of Americans live in U.S. counties that experienced damaging, climate-induced extreme weather events in 2021. The American public is feeling these climate-fueled impacts now, and is ready for action: in a recent poll, 70% of voters expressed support for policies to move the US economy off of fossil fuels and onto clean energy sources.

Modeling from the Rhodium Group found that the $555 billion of investments in climate action in the form of clean energy incentives and environmental justice programs included in the BBB Act, when combined with regulations and action at a state and subnational level, could achieve the reduction of 45 to 51% of greenhouse gas emissions below 2005 levels by 2030, while also lowering household energy costs and guaranteeing higher-paying jobs. Without investments from Congress - many in the form of tax credits to incentivize clean energy deployment, energy efficient homes and buildings, or clean vehicle uptake by consumers - it would be substantially more difficult for President Biden to achieve the ambitious target of 50-52% emissions reductions below 2005 levels by 2030 through executive action alone.

The good news for the country, and by extension the globe, is that Senator Manchin - who has put the passage of the overall BBB Act in limbo with his refusal late last year to vote for the package in its present form - has clarified his support for the climate elements of the Build Back Better agenda. He recently told reporters in reference to the BBB Act, "I think that the climate thing is one that we probably can come to agreement much easier than anything else."

More than half of all elected Republicans in the current US Congress still deny the scientific consensus that the climate is warming.

We ultimately do need investments in climate action from Congress. Whether they come in the form of the Build Back Better Act or passed early this year in a renegotiated legislative package is an open question. The far better path is passing something akin to the existing BBB Act, which in addition to historic climate action includes critical non-climate investments to ensure that the urgent transition to a clean energy economy is healthy, just and equitable.

Last March, you and Ari Drennen published a study on Republican elected officials who deny the human origin of climate change. Can you tell us the main conclusions of this study, in particular the anchoring of this phenomenon despite the recent multiplication of extreme climatic events and the fact that a majority of Americans believe in the reality and human origin of climate change? Can we expect a change under the pressure of public opinion and the increasing number of catastrophic climate events in the US?

Despite somewhat dramatic shifts in public awareness and opinion of climate change in the US over the last decade, our political system at the federal level has not always kept pace. In fact, according to an analysis from the Center for American Progress Action Fund (CAPAF), more than half of all elected Republicans in the current US Congress still deny the scientific consensus that the climate is warming, and human activity is to blame. This is true even in spite of increasingly ubiquitous and damaging extreme weather across these politicians' districts - and it is in large part thanks to the extremely deep pockets, and deep-seated anti-climate-action interests of the fossil fuel industry.

CAPAF has published an analysis of the perspectives on climate change of each Congress since 2013. Our most recent analysis in January 2021 found that there are still 139 elected officials in this Congress - 109 House members and 30 Senators, all Republicans - who deny the established scientific consensus that the world is warming as a result of human activity. These 139 climate deniers collectively represented more than $61 million in lifetime contributions from the fossil fuel industry.

Overall, the number of climate deniers in the US Congress has decreased over time as extreme weather fueled by climate change becomes increasingly frequent, damaging and widespread. More noticeable, however, is the changing rhetoric of climate denial. Very few elected officials flat-out deny human contributions to climate change at this point, and that’s because everyone is feeling its effects. Instead, egged on by generous contributions from the fossil fuel industry, "inactivist" politicians now rely on any number of new turns of phrase to obstruct climate action, as catalogued by my former colleague Ari Drennen.

The number of climate deniers in the US Congress has decreased over time as extreme weather fueled by climate change becomes increasingly frequent, damaging and widespread.

Some say acting on climate change is too expensive, so we should adapt; others call for innovation instead of behavioral change, saying technology will save us. We even see it in Congressional Republicans’ refusal to pass the BBB, with many saying that the clean energy industry and its associated technology has already come far enough on its own.

Full-on climate deniers are largely a thing of the past at this point, except for in very fringe cases - but don’t expect that to change many Republican’s votes on climate legislation. The only glimmer of hope is the accountability offered by growing public outcry, including the 100,000 protesters who showed up to the UN climate summit in Glasgow late last year. But even the public is more focused on urging ambition by those already acting on climate than on fighting those stubbornly committed to accepting fossil fuel money, and parroting the industry’s talking points.

If Congress fails to pass an ambitious climate bill, the Biden administration's commitment will become almost impossible to keep. Some people express hope in a regulatory approach driven by the EPA: could that help achieve Biden’s ambitious climate agenda? What about actions at the state level? The rest of the world is growing pessimistic about the US with what looks like a remake of the Obama administration’s failed effort to pass a climate bill: does this diagnosis seem too pessimistic?

With or without the BBB investments, assertive executive action by the President will be needed to meet the climate commitments set by this administration. Investments make regulations more effective and beneficial, but could never get the job done on their own. This is why the President has set a bold target to reduce greenhouse gas emissions to 50-52% below 2005 levels by 2030 early in his term, appointed serious climate champions to high-level cabinet and executive branch roles, and issued multiple executive orders to execute a whole-of-government approach to tackling the climate crisis.

If the Biden administration is as ambitious in setting these pollution control standards as the public supports them in being, the emissions reduction potential is significant.

Right now, the Biden administration has a narrow window of opportunity to propose and finalize administrative standards - largely under the Clean Air Act - that could significantly reduce emissions from power plants, vehicles, and other sectors. These regulations would also be a boon for public health, with the potential to reduce emissions of conventional pollutants such as sulfur dioxide to near-zero by 2030. If the Biden administration is as ambitious in setting these pollution control standards as the public supports them in being, the emissions reduction potential is significant.

However, that is the best-case administrative action scenario. Unfortunately, in just one month the US Supreme Court will hear arguments on a challenge to the authority of the Environmental Protection Agency (EPA) to regulate greenhouse gas emissions under the Clean Air Act. The outcome of this case, particularly given the conservative makeup of the Court at present, could put the strength of any Biden administration standards at risk. Additionally, time is of the essence - if the Biden administration doesn’t act quickly to propose and then finalize multiple different regulations, it is more likely that they could be undone by a potential future anti-environment administration.

State and subnational action on climate has also been a critical element of US climate action over the last five years, particularly in the absence of (and in some cases, active harm by) any leadership at the federal level during the Trump administration. For example, sixteen states and territories have to date taken legislative or executive action to move towards a 100 percent clean energy future, with many more cities and counties on board (more than 150). However, the electoral map and partisan divide in the country mean that without federal standards and investments, it will be impossible to compel climate action by all states at the scope and scale to deliver the Biden administration’s climate target.

Ultimately, Congress has a responsibility to act on climate change. This is not the Obama administration all over again - we are five years further into a ticking countdown clock on climate catastrophe. Ambitious regulatory action coupled with bold state and corporate programs can, and must, make a significant dent in US emissions. However, without the household cost savings and aggressive investment in a new clean energy economy promised by the Build Back Better legislation, Americans will not see immediate or future benefits of climate action - and we will not meet President Biden’s goal. If that’s the case, as CAP Founder John Podesta recently said in an interview with the New York Times, the US will lose international credibility and, more importantly, put our future in jeopardy.

See also
Regions > America | Topics > Energy
Congress Hasn’t Killed Biden’s Climate Agenda (Yet)
Analyses | 2 November 2021 | Maya Kandel | Marin Gillot
Much like a rude guest, Joe Biden arrived in Glasgow empty-handed. The US president was hoping to re-establish American climate credibility at the COP26 summit. He even delayed his departure from Washington D.C., hoping to conclude negotiations with the two sides of the Democratic aisle that would...
Next
Regions > America | Topics > Energy
Biden’s Democracy Summit: Good Intentions, Muddied Ambitions
Analyses | 2 December 2021 | Maya Kandel
The Biden administration clearly wanted to keep the President’s promise to hold in his first year in office a big "Democracy Summit", a central campaign promise and a reflection of the guiding principle and vision underpinning his foreign policy: the global contest between democracies and...
Next
SIGN UP FOR OUR NEWSLETTER
for a handpicked selection of analyses each week Yes please
Series |
Next
Publication -
Next
...
Next
Séminaire réservé exclusivement
à nos entreprises adhérentes
Restricted to
member companies
Next