On the European Path to Artificial Intelligence 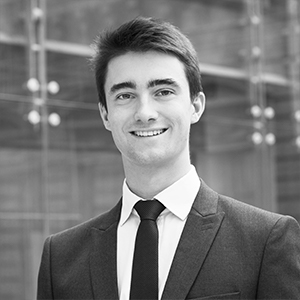 Artificial intelligence (AI) can be summarized as "any information technology capable of solving complex problems that would normally be attributed to humans and animals". AI therefore has the potential to fundamentally transform all aspects of modern society, whether it is our economy, our military, or our daily lives as citizens.

In 2017, Russian President Vladimir Putin explained to students in Yaroslavl, in Russia, that "whoever becomes the leader in the field of AI will become the ruler of the world". Although it may sound like an exaggeration, the future of our societies could be radically different depending on the model that prevails for the development of artificial intelligence.

Since the first national AI strategy released by Canada in 2017, more than 30 other countries have followed suit. The European Union has proposed an AI strategy based on two pillars: excellence and trust. Compared to the United States and China, the EU is lagging behind in terms of excellence. Nevertheless, its focus on "trustworthy AI" could be critical in steering the development of AI more broadly.

Europe must accelerate its AI development

Although European and French researchers developed some of the techniques that dominate artificial intelligence today, such as deep learning, Europe is still far from leading the AI race.

The United States harbours the main players at the forefront of AI research, including domestic companies like Google, Facebook or OpenAI (an AI research company founded by Elon Musk), companies acquired abroad such as Google’s DeepMind, and the leading AI research labs and universities. Amongst the research papers accepted to NeurIPS 2019, one of the most renowned conferences in the field, 18 of the 25 most represented institutions, both public and private, were American.

The United States harbours the main players at the forefront of AI research.

Although Europe ranked second, with research institutions such as Inria, ETH Zurich, EPFL, and Oxford University, the absence in this list of any private actors, who attract an increasing share of top AI talent, remains a worrying observation.

A particularly important focal point in developing AI capability concerns access to the computational resources required to run ever larger models. In the space of two years, OpenAI's widely-publicized GPT natural language processing model grew from 110 million parameters in its first version to nearly 175 billion parameters in its third version - a factor of 1000. The cost of the computational resources needed to train this model and process enough data for it to be ready for use has been estimated at about 10 million dollars. Through initiatives like the strategy for high performance computing, the EU aims to pool resources between member countries to keep up with this development.

In the meantime, the resources and research conditions offered by the dominant players in the field help attract the best talent. According to NeurIPS, while the United States trains only 20% of the best AI researchers, 60% of the world’s best researchers currently work there, most of them having moved from abroad. In comparison, Europe also trains nearly 20% of top AI researchers but more than half of them leave the continent after their studies. Nonetheless, its ability to train the best talents, the size of its domestic market and its industrial competitiveness still leave Europe with some hope that it could eventually develop an "AI excellence", assuming it gives itself the means to compete with the United States and China. Europe’s efforts to unify its market, in particular concerning capital and data, will be key to better positioning itself in the future.

Trustworthy AI: an opportunity for Europe

The first one concerns regulation. In April 2021, the European Commission published a first proposal for a regulation laying down harmonised rules on artificial intelligence. As for the General Data Protection Regulation (GDPR) before it, the EU could benefit from a first-mover advantage and export its normative framework to the world. That could be achieved either through a generalized adoption of the regulation by global companies or by serving as a model for other countries’ regulation.

The EU could benefit from a first-mover advantage and export its normative framework to the world.

European citizens’ famously high standards concerning the development and deployment of new technologies could support the effectiveness of this regulatory framework. To be truly effective however, these demands must be well-informed. Current debates and conspiracy theories surrounding the deployment of 5G networks highlight the impact of insufficient understanding and education.

To fully make the most of this second advantage, Europe must therefore develop a culture of trust in AI, which requires widespread basic understanding of what it is and how it works. This is precisely the purpose of the Destination AI initiative, a free online introductory course on artificial intelligence, developed by Institut Montaigne, OpenClassrooms and the Abeona Foundation. The course aims to enable as many citizens and companies as possible to anticipate the opportunities brought by AI and to participate in steering its future developments.