European Budget, in search of a Strategy 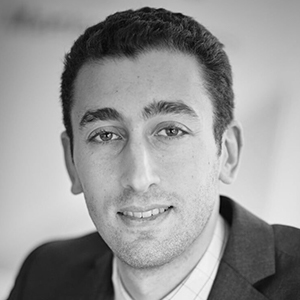 Amongst the thorniest subjects that the Brexitian shadow covers, that of the next EU budget is one of the most strategic and most ominous in Brussels. Every seven years, a trajectory is defined by member states with a certain bureaucratic routine in which equation-packed scenarios dominate the field. Yet, this time feels different: political negotiations have rarely been as intense on such topic as Europe’s internal balances have changed.

We believe attempting to simplify  EU budget complexities is important and timely. In a recent exchange of statements, the European Parliament reminded the European Council, in unusual stark terms, that it will not be “forced into accepting a bad agreement due to time pressure” and therefore requires that “the Commission put forward a contingency plan as a safety net” in case a deal cannot be reached before January 1st 2021.

Given the new dissemination of forces within the EU Parliament, following the May 2019 elections, the threat seems grounded in correct electoral math. That implies EU governments will have to articulate a clearer vision, a political vision, to justify budgetary ups and downs, and probably bargain with EU representatives even more than during the last round.

These visualisations aim at helping all sides in that discussion, as well as inform EU citizens who wish to understand where their money is going.

In our attempt to simplify Europe’s budget complexities, we have identified several insights out of the visualisations above:

No budget proposal is ever perfect. Yet, in our view, the Commission's draft is a fair attempt at adapting to European and global dynamics. Its boldness comes with potential side effects and political headaches though: will budget cuts for North-Eastern countries result in additional strain between East and West? Will new term MEPs, two thirds being unfamiliar with Brussels’ intricacies, have enough time and experience to think this budget’s logic through? Will they be able to find a consensus in such constrained financial and political circumstances, with Brexit still unresolved and no new significant revenues?

European Members of Parliaments appear ready to tackle these issues. Whatever the outcome, it is our belief that the level of the EU’s upcoming budget should match what is now expected from Europe – both at home and abroad. Brussels cannot do more with less.

Special thanks to Dhara Shah, Founder Pykih, for the data visualisation support.

See also
Regions > Europe | Topics > Economy
ECB: Christine Lagarde's Challenges
Entretien avec Eric Chaney
INTERVIEW | 18 September 2019 | Eric Chaney
Christine Lagarde will take up her duties at the European Central Bank (ECB) on the 1st of November. What main challenges will she have to face? Is she in opposition or in line with her predecessor Mario Draghi? What are her strengths and weaknesses? Interview with Eric Chaney, Institut...
Next
Regions > Europe | Topics > Economy
How Does Europe Construct Itself in the East (Too)?
Analyses | 6 November 2019 | Daniel Bartha | Kinga Brudzińska | Michał Kuź | Martin Michelot
The fall of the Berlin Wall symbolizes the end of the Cold War and paves the way for the reintegration of Central and Eastern Europe into the European area. Thirty years after the fall of the Berlin Wall, old and new divisions continue to oppose the Western bloc to this "Other Europe", comprising...
Next
SIGN UP FOR OUR NEWSLETTER
for a handpicked selection of analyses each week Yes please
Series |
Next
Publication -
Next
...
Next
Séminaire réservé exclusivement
à nos entreprises adhérentes
Restricted to
member companies
Next