Europe and Economic Coercion: Preparing for the next European Parliament 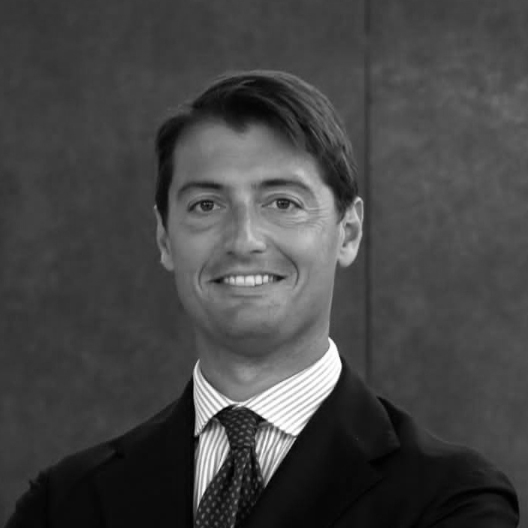 No anti-coercion instrument can kick in without a clear consensus within the EU Parliament. In the following article, Francesco Galietti, Co-Founder and CEO of Policy Sonar, underlines how the alliances of the big European political families will be key to watch. This piece belongs to a series of regrouping four analyses on the European Union's anti-coercion measures. It is available here.

Much of the discussion about a pan-EU mechanism against economic coercion has been about how to design a mechanism that is capable of kicking in automatically, as it were. Clearly, this desire to create an automaton reflects the will to avoid endless and painfully excruciating discussions each time that China lashes out at an EU Member. It is in no one's interest or desire to spend weeks stuck in talks with China's close allies in Brussels (i.e. Prime Minister Viktor Orbán) determining whether a particular Chinese fusillade actually constitutes economic coercion, if it warrants a response, and what the appropriate response should be. Hence, the burning desire to create a robo-guardian of sorts, ready to weigh in when necessary, without much of a preamble.

While this all makes sense, it is also true that the EU mechanism’s effectiveness can only be ensured if a clear political consensus exists within the European Parliament and its Member States. In fact, we know from past experience that some of the biggest changes in EU-China policy have occurred within the European Parliament. For instance, it was the EU Parliament that stopped the EU-China Investment Agreement (CAI) deal in May of 2021, despite Angela Merkel's repeated attempts to push it through. Moreover, the EU Parliament denounced in several resolutions China’s economic coercion of Lithuania in response to a Lithuanian policy decision, among others, in January, February and September 2022.

We know from past experience that some of the biggest changes in EU-China policy have occurred within the European Parliament.

We also know, however, that the current EU Parliament was initially much less pugnacious vis-à-vis China, and that it took some time to embrace action. Even today, hesitations are still visible, as illustrated by the Trade Committee MEPs when they voted in favor of the new instrument, they also stressed that its use must be a last resort, once other avenues, including direct negotiations, mediation and international adjudication, have been exhausted.

This inevitably brings us back to our initial argument: no automatic mechanism is really automatic in the absence of a clear political consensus. And for that, the next European Parliament's composition will be crucial. The 2024 European Parliament elections are already looming, and the political landscape has changed a lot across Europe. Angela Merkel, arguably the main architect of Germany's economic Ostpolitik and for a longtime the pivotal figure within the German Christian Democrats (CDU) and the European Popular Party (EPP), is now out of the picture.

Germany's new chancellor Olaf Scholz is a Social Democrat whose government is backed by an unprecedented coalition between the Social Democrats, the Greens and the FDP liberal conservatives. The attitude vis-à-vis China in Germany has changed considerably. Even Scholz's latest visit to Beijing was greatly criticized because it partly contradicts the huge, tectonic shift that is underway in Germany, breaking with Merkel’s approach of betting on ever closer economic relations with Beijing. The catastrophic failure of Germany's Russia policy accelerated this shift. There is now an emerging consensus in all major center-right and center-left parties that Germany needs to reduce its dependency on China. We need to understand how this new Zeitgeist will be reflected, not only in the big European capitals, but also in the next European Parliament.

Currently, old groups in the EU Parliament are carefully considering their options, as seen with the German-dominated EPP. It urgently needs fresh blood. Otherwise, it risks ending much like the socialists in France, who were devastated by the quasi-extinction of the French chapter (cannibalized by both Macron and Mélenchon). The EPP politburo, which is mostly German/Bavarian (CDU/CSU), knows all too well that Forza Italia, its largest Italian affiliate, is quickly running short of air. During Italy's latest general elections, it scored in the single-digits - and that was all it could wish for. By 2024, it could vanish for good. The EPP as a result needs to find a replacement as soon as possible.

Currently, old groups in the EU Parliament are carefully considering their options, as seen with the German-dominated EPP. It urgently needs fresh blood.

A merger between the EPP and the ECR has been a possible option for quite some time and is now back under the media limelight, although in the past, media routinely preferred to devote their attention to the darker-but-easier-to-depict alternative: an ECR-Le Pen merger. And this is where political calculus and geopolitics could intersect.

Enter Giorgia Meloni. Not only is she Italy's fresh new PM and the leader of Italy's largest party, Brothers of Italy, she is also at the pinnacle of the ECR, positioning herself as a staunch Atlanticist. Moreover, she repeatedly defended Taiwan's independence from China publicly. Both the ECR and Meloni herself have been far less ambiguous than the EPP on China. An EPP-ECR merger, or even a closer collaboration, would certainly be seen in Beijing as a major threat because of its deep geopolitical and geo-economic ramifications. And it would make the anti-coercion automaton less difficult to switch on.

For the time being, and before the next elections in 2024, the EU Parliament does not look willing to water down its position on economic security issues vis-à-vis China. In part, of course, this is a reflection of China's own saber-rattling, specifically vis-à-vis the EU Parliament. In June of 2022, a spokesperson of the Chinese Mission to the EU went on record urging the European Parliament to "get in the right frame of mind, respect the facts and view China’s development and domestic and foreign policies objectively and rationally". A few months later, MEPs adopted a resolution to denounce China's unprecedented live-fire military exercises in the Taiwan Strait. The resolution also welcomed Lithuania’s decision to open a trade representation office in Taipei, and presented this development as an example to follow for other EU countries who do not yet operate a trade office in Taiwan.

As we inch closer to the 2024 EU elections, we will need to check whether China and economic security issues become part of the campaign, and in what form. It is safe to assume that this will be the case. After all, we have already seen several cases in which China was part of electoral agendas and/or of "government contracts". The German Koalitionsvertrag  is perhaps the most interesting instance of this trend, and the fact that topics such as Taiwan, Hong Kong and Xinjiang are mentioned in it is seen by China as a blatant affront. We can expect more of the same in the close future.

See also
Europe and Economic Coercion
Series |  November 2022
Next
SIGN UP FOR OUR NEWSLETTER
for a handpicked selection of analyses each week Yes please
Series |
Next
Publication -
Next
...
Next
Séminaire réservé exclusivement
à nos entreprises adhérentes
Restricted to
member companies
Next