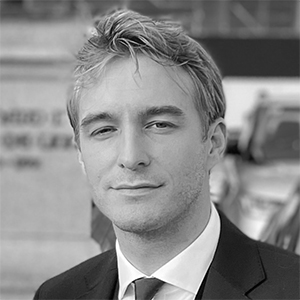 Although the EU's anti-coercion instrument has potential, it still needs to be improved to effectively counter trade weapons deployed by China and other important outside players. Luke de Pulford, Founder and Executive Director of the Inter-Parliamentary Alliance on China (IPAC), develops ideas to enable the Union to do so, including the establishment of a sanctions doctrine, the enhanced implication of legislative and business communities, and the creation of a multilateral compensatory mechanism. This article is part of a series of four analyses on EU anti-coercion efforts.

Europe has made progress towards deterring economic coercion, most notably with the Commission's EU anti-coercion instrument - which Member States approved on November 16, 2022. Crucially, the proposal demonstrates solidarity within the EU, precluding divide-and-rule strategies pursued by some authoritarian states. And the power of such solidarity in the context of Ukraine is undeniable.

The usual caveats, however, apply. Sanctions have more purchase when applied against democracies, where the legitimacy of governments that attract sanctions can be challenged through electoral accountability. But this doesn’t hold in undemocratic states for obvious reasons.

Sanctions are perhaps not so effective with the People's Republic of China (PRC), for example. As CIGI Senior Fellow and law professor Henry Gao pointed out, sanctions may bolster Chinese leadership in the polls as the idea grows that economic losses are a necessary evil and a way to maintain China’s political interests. This comes within the context of increasingly prevalent Great Rejuvenation thinking. Therefore, the jury is out on the efficacy of anti-coercive countermeasures as a safeguard against economic bullying.

Despite encouraging progress in the EU, room for improvement remains. Here are a few ideas, touching upon the governmental, legislative and private sectors, which I’ll expand upon in this short paper. First, the EU needs a sanctions doctrine, providing a framework to set out the goals, means, and risks for the use of anti-coercion measures. This framework must however be cross-sectoral if it is going to work, as relying on governments and skewing towards punitive measures is inadequate. Second, the legislative and business communities must do more - in the EU and beyond. Third, and most importantly, the EU needs to lower the risk of coercion by reducing prospective harm and creating a model to stabilize threatened economies, with in-built shock absorbers. A robust anti-coercive model will only be effective if it contains some kind of multilateral compensatory mechanism.

It seems clear that the elephant in the room is the lack of discussion surrounding a compensatory mechanism for states that endure economic bullying. To date, much of our collective effort has focused on how to punish the perpetrators in an expression of solidarity. Yet, many will remember that when Lithuania was in the eye of the storm after upgrading diplomatic relations with Taiwan, and consequently, suffering outrageous economic coercion at the hands of the PRC, Lithuanian officials weren’t merely asking if the PRC would face accountability. They were asking if other countries would help them stabilize their industry. In recent months, there have been discussions about an "economic article 5" modeled on NATO treaty’s famed "one for all, all for one" principle. But a truly effective "economic article 5" cannot be limited to retaliatory measures. It must also mean collective solidarity to compensate affected nations (or at least try to create alternate markets for states on the receiving end of coercion). Of course, like everything in this area, this is extremely challenging. Here are a number of ways to approach it.

Though finding alternative markets is no simple task, it is certainly easier among a large group of allies who have made a commitment to act in solidarity following a coercive economic event.

18 months ago, I was involved in a conversation with British government officials, where, I suggested a Council on Coercion be created to address the problem of compensatory mechanisms. The basic idea would be that a Council of trade ministers from like-minded nations would meet when economic coercion affected one of their Member States. This Council would consider what kind of punitive measures should be taken, but, crucially, also what other countries could do to lessen the economic impact on the nation on the receiving end. Though finding alternative markets is no simple task, it is certainly easier among a large group of allies who have made a commitment to act in solidarity following a coercive economic event.

The punitive role of such a Council on Coercion has been somewhat superseded by the EU instrument, but the economic solidarity aspect remains largely unaddressed.

A similarly powerful expression of solidarity could be achieved by creating a compensatory mechanism or insurance fund paid into by a group of subscribing states, in anticipation of a coercive event. The political appetite for this is negligible at the moment and seems unlikely to increase against a backdrop of Europe-wide cost-of-living crises. However, either a compensatory mechanism or an insurance fund would be an improvement on our current anti-coercion toolbox. First, such efforts could help diminish the economic impact of coercion. Second, they would reduce the propensity of states to be stalking horses for authoritarian bullies who have yet to act. Self-censorship around human rights and international norms (trading standards among others) in countries fearful of economic reprisals from states like the PRC is worryingly common. Were these states to know that they have less to fear, perhaps they would be more vocal in prioritizing their values.

Communication and the role of Parliaments

The Inter-Parliamentary Alliance on China (IPAC) has tried to highlight the PRC’s economic coercion, and parliamentarians worldwide certainly have a role to play. For example, after tariffs on Australian wine were raised by the PRC as retaliation against Australia's request into an investigation of COVID-19’s origins, IPAC created a video featuring politicians from all over the world. The video was humorous, showing those legislators arguing over their national drinks, but concluding they would be drinking Aussie wine instead. The video went viral with over a million views and landed on the front page of several Australian newspapers. It had a major awareness-raising impact. And though IPAC certainly should not claim sole credit for this, it turned out that the Australian wine industry found alternative markets, and sales were not affected.

In a saturated news market, politicians can lend profile and help frame issues. Their democratic mandate also means that they cannot easily be dismissed. International solidarity needn’t and shouldn’t solely be the preserve of governments.

Engagement with the private sector

The private sector is significantly under-explored in the fight against economic coercion. We saw recently in the US some commitments given by business leaders to withdraw from the PRC in the event of a Taiwan invasion.

This kind of solidarity is not without challenge, but highlights an area largely missing at the moment: the huge leverage wielded by foreign business leaders operating in countries that are either perpetrating coercion or seem likely to engage in coercive behavior. Securing agreement from business leaders that some collective action could be taken following a coercive event would be valuable. That action could range from joint advocacy to more severe options like possible withdrawal from the perpetrator state. At the moment, it is a community barely leveraged at all.

Securing agreement from business leaders that some collective action could be taken following a coercive event would be valuable.

Having just met with business leaders in Taiwan, the disparity in tone between government and private sector around these issues is wide and deep. While the former insists on deepening partnership in all areas, the latter seems intent to avoid it, especially if such a partnership is likely to be perceived by Beijing as escalatory, and therefore, pose a threat to trade stability.

This analysis and its conclusions may seem to be the shopping list of an idealistic campaigner, in contrast to a perhaps purer path of scientific inquiry. But nobody can ignore Xi Jinping’s avowed intentions, announced at the Seventh Session of the Communist Party's Finance and Economy Committee, to have China develop "killer technologies" to strengthen the "global supply chain's dependence on China". This illustrates the desire to weaponize economic leverage, already used to devastating effect across countries of the Belt and Road Initiative (BRI). After Ukraine, we would be deeply foolish not to anticipate such tactics being used more widely and more often. We must face the reality by developing a collective policy package that is fit for purpose and response and deterrent.

All policy responses face real political challenges, which essentially can be considered as a portfolio of bad options. Choosing the least-worst will be a matter of political debate, framed by campaigners on all sides, and responses will vary hugely from context to context. So the campaigning perspective - with all its limitations - is an essential part of the debate, especially when it comes to economic coercion. Of course, we need an academic understanding of its nature and impact, but the policy will not be determined by science alone. The recent history of China's policy development in G7 countries clearly demonstrates the interdependence between academics and campaigners. Without campaigners to operationalize the findings of the scientists, Europe would not be where it is today on the Uyghur issue, for instance. Campaigners gave new momentum to the Uyghur cause, and used their political platforms to exert pressure are raise awareness. Conversely, without academics and researchers to probe, make discoveries, and publish new findings, campaigners would be left without much to say. Having been deeply involved in parliamentary campaigning on this issue over the past two years, I know how heavily parliamentarians relied upon research reports, and, conversely, how important political exposure was to drive the research agenda.

This is perhaps where groups like IPAC have a role - in shaping the political "containers" into which research findings can be inserted. Put bluntly, to define what is politically desirable and achievable. This is a seismic task in the context of anti-coercion, as it requires framing economic pain as a necessary evil in the pursuit of a higher goal: safeguarding common values. In practice, this means grueling campaigning, month after month, in legislatures to exert maximum pressure on governments and reshape public debate. In the UK we have a mantra: "every bill is a China bill until the government reforms its policy". Nothing less will achieve the huge shift we need to be ready for a fraught decade in which the weaponization of economic leverage threatens to become a norm of international relations.

See also
Europe and Economic Coercion
Series |  November 2022
Next
Regions > Europe | Topics > Economy
Hope for the Best, Prepare for the Worst: How the European Union Can Address China's Economic Coercion
Analyses | 2 December 2022 | Luke Patey
As the European Union designs and deploys its anti-coercion instrument to hamper initiatives by other big powers to limit its trade, Luke Patey, Senior Researcher at the Danish Institute for International Studies, walks us through the lessons the Union can take from the way other countries tackled...
Next
Regions > Europe | Topics > Economy
Europe and Economic Coercion: Compensation and Solidarity
Analyses | 2 December 2022 | Luke de Pulford
Although the EU's anti-coercion instrument has potential, it still needs to be improved to effectively counter trade weapons deployed by China and other important outside players. Luke de Pulford, Founder and Executive Director of the Inter-Parliamentary Alliance on China (IPAC), develops ideas to...
Next
Regions > Europe | Topics > Economy
Europe and Economic Coercion: Preparing for the next European Parliament
Analyses | 2 December 2022 | Francesco Galietti
No anti-coercion instrument can kick in without a clear consensus within the EU Parliament. In the following article, Francesco Galietti, Co-Founder and CEO of Policy Sonar, underlines how the alliances of the big European political families will be key to watch. This piece belongs to a series of...
Next
SIGN UP FOR OUR NEWSLETTER
for a handpicked selection of analyses each week Yes please
Series |
Next
Publication -
Next
...
Next
Séminaire réservé exclusivement
à nos entreprises adhérentes
Restricted to
member companies
Next