Emitters in the Spotlight - China, the Big Consumer 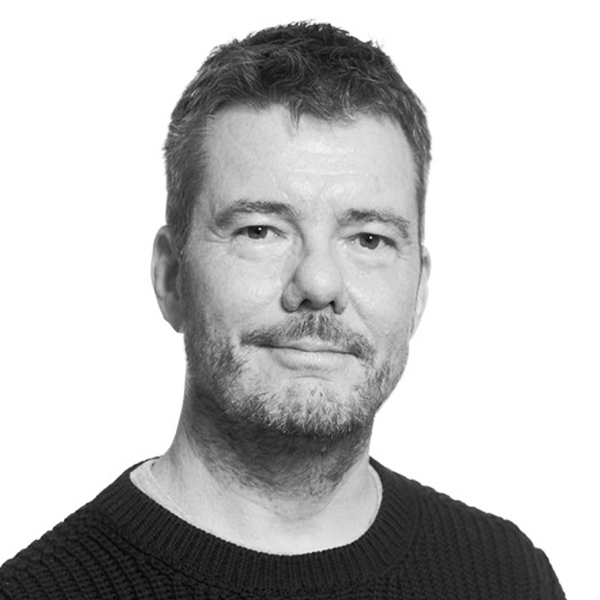 Being in the top-5 of the world’s biggest emitters bears with it an immense responsibility, but also significant, and crucial, potential for development. In this series, we have looked at the efforts, challenges and perspectives of our top emitters. What is clear in each case is how many actors and factors have to be involved so that meaningful action is carried out to reduce CO2 emissions. That is not any less true for the last giant of this series, the world’s largest emitter: China.

China’s history, system and place in global politics need to be scrutinized in order to understand why China remains at the top of the list. That is what Karl Hallding, Senior Research Fellow at SEI and expert on China’s climate policy, sets out to do. Can China actually lead the Green Revolution? And can global emissions ever significantly go down if China does not play its part?

In the negotiations under the climate convention (UNFCCC), China has been a leading advocate for maintaining the principle of "common but differentiated responsibilities". The principle holds that while all countries are responsible for contributing solutions to climate change, it is the capability to deal with climate change that determines the nature and extent of those responsibilities. Claiming to still be a developing country with limited capabilities, China has managed to avoid taking on absolute targets and to maintain the right to flexibility for developing countries on a range of topics, including monitoring, reporting and verification of emissions. Through the years of international climate negotiations, a considerable part of China’s climate diplomacy has aimed at keeping this division between developed and developing countries, so as to avoid absolute reduction targets. With the signing of the Paris Agreement, China committed to peak its carbon dioxide emissions by 2030 and to curb emissions per unit of GDP by 60%–65% compared to the 2005 level.

After what looked like a stagnation of China’s carbon emissions starting in 2013, the Chinese emissions began increasing rapidly again from 2017 and China has announced new plans of massive deployment of new coal power. As the peak emission level that China has committed to is related to economic growth, this allows China to increase its emissions considerably over the coming decade without compromising its Paris targets. The fact that China has a relative target (in relation to GDP development), means that its share of global emissions and their trajectory is classified by the leading organizations as "highly insufficient". In fact, China is the world’s largest financier of new coal power, both within the country and internationally.

Renewables play an important role in China both as a market and as a driver of growth and technological development. However, the sheer magnitude and growth of energy consumption - the path of growth that China is still on - makes it possible for China to be the biggest market for renewables while it continues to be the world’s largest consumer of coal by far. Therefore, from a global climate perspective, it does not matter how fast the green horse is running as long as the brown horse is so much bigger.

A state in control

Civil society used to play a considerable role in pushing for environmental issues, particularly regarding air quality as Chinese cities have suffered from a notoriously bad air. When total coal consumption in China suddenly started stagnating in early 2013, this was partly driven by the call for stricter policies and phasing out dirty economic activity in the area around Beijing and other major cities. Since president Xi Jinping came to power in 2013, the freedom of expression has decreased sharply and the complaints about inferior air quality have largely disappeared from the media. At the same time, emissions have started to rise again and China has announced the construction of hundreds of new coal power plants, in a new bold drive by the Chinese leadership to fuel the economy through infrastructure-led development and supply-side management.
Chinese business is largely state owned or controlled through public funding sources. With president Xi Jinping’s increasingly tighter authoritarian grip on the Chinese society this means that regardless of ownership form, Chinese companies are essentially controlled by the Communist party. Heavy manufacturing constitutes a third of the Chinese economy – a remarkably large share in international comparison. As most of it is subsidized in one way or another, Chinese manufacturers are blamed for flooding international markets with heavy manufacturing products, such as steel, which is reflected in a large number of WTO disputes.

Heavy manufacturing constitutes a third of the Chinese economy – a remarkably large share in international comparison.

And as heavy manufacturing is excessively energy intensive, China’s future energy consumption is largely a matter of the Communist party’s development strategies and plans for heavy manufacturing. Moreover, the connection between global tensions over international trade in heavy manufacturing products like steel and the high carbon intensity of these products has started to shift the focus of the global climate debate towards trade.

In the run up to the Copenhagen conference (COP15), there was a lot of discussion about carbon border taxes to avoid unfair competition from countries with looser emission constraints. It had since disappeared but is now back on the table. Under Ursula von der Leyen’ leadership, The EU Commission is planning for border tax adjustments to allow for European industries to move ahead without risking to be outcompeted by producers in countries with laxer regulation. While China is not mentioned explicitly, a lot of this debate is aimed at China’s growing role in global business and infrastructure investments. One can say that whereas the climate debate used to focus on what happened within the UNFCCC and the annual climate meetings, part of the debate has now moved over to trade, as more progressive policy makers around the world are increasingly frustrated by the lack of impact from almost 30 years of international climate negotiations that have resulted in little but rhetorics and perhaps some progress in more advanced countries.

China’s global infrastructure investments are largely branded under the Belt and Road Initiative (BRI). The BRI was presented by Xi Jinping in March 2015 and was described by him as being "green, healthy, intelligent and peaceful" – a Chinese offer to the world for development and prosperity. The claims of it being green and clean, though, are not fully true, and yet there is very little scrutiny being done. Looking at China’s outward investments in the energy sector there is very little trace of "green", and an absolute majority represents fossil fuel based infrastructure. China is by far the world's largest investor in new coal power and finances a quarter of the world's new coal projects outside the country's borders. The whole concept of "green" loses its meaning as China maintains that coal power can definitely be green, echoing an Orwellian shift in the values of words.

One interesting question is why the BRI leverages so few renewable energy projects, when China is arguably the biggest producer of components for solar and wind power. One hypothesis is that the thermal power industry is much more strongly connected to the political power and the Communist party than what the more entrepreneurial renewables companies are. Moreover, the thermal power manufacturers are essentially state-owned companies and have arguably better lobbying opportunities with the government and political leaders.

China is by far the world's largest investor in new coal power and finances a quarter of the world's new coal projects outside the country's borders.

Another reason could be that thermal power requires centralized solutions with grid development, and Chinese state-owned companies have a lot of interest in building and managing both coal power plants and grids in BRI partner countries. This gives China a lot of influence in these countries. Renewables offer a more decentralized way of developing energy infrastructure which is more difficult to control and supervise.

There is a growing debate in international relations about how to deal with a China that takes an increasingly assertive and confrontational role on the international scene, whether or not it is about international power relations, trade or climate change. The mantra has been that China will eventually be incorporated into the international community and play along with international rules that were established after WWII by the sheer power of trade and economic integration. Since president Xi Jinping came to power that route looks more and more like a cul-de-sac.

See also
Topics > Environment | Regions > Asia
Emitters in the Spotlight - the United States and the Paris (Dis)Agreement
Analyses | 24 August 2020 | Samantha Gross
In large part due to the Covid-19 outbreak at the end of 2019, global energy demand significantly decreased in the first semester of 2020, as countries went into lockdowns and shut down most of their economic activities. This has had a positive impact on global greenhouse gas emissions, especially...
Next
Topics > Environment | Regions > Asia
Emitters in the Spotlight - Japan: Innovation First, Climate Next
Analyses | 25 August 2020 | Yasuko Kameyama
If we can turn our lifestyles around in order to stop the spread of a pandemic, can we also slow down our CO2 emissions? What do the world’s largest emitters, and oftentimes, largest economies, have to say about that? Even better, what should they be doing? After zooming in on the United...
Next
Topics > Environment | Regions > Asia
Emitters in the Spotlight - Russia: The Paris Agreement’s "Good Pupil"?
Analyses | 26 August 2020 | Viktor Katona
So far, the first chapters of this series have covered two out of the world’s top five emitters: USA and Japan. Contrary to these two, Russia has already met its target in line with the Paris Agreement. How could this be possible for the world’s 4th biggest emitter, who contributes to 4.7% of...
Next
Topics > Environment | Regions > Asia
Emitters in the Spotlight - India: Great Capacities, Lesser Actions?
Analyses | 27 August 2020 | Christophe Jaffrelot | Hemal Thakker
The world’s 5th economy, India, is also the third biggest emitter of CO2. Its vast territory and solar capacity makes it a formidable place for the development of new technologies to reduce the country’s carbon emissions. Yet, the challenge is big due to the numerous political and economic...
Next
SIGN UP FOR OUR NEWSLETTER
for a handpicked selection of analyses each week Yes please
Series |
Next
Publication -
Next
...
Next
Séminaire réservé exclusivement
à nos entreprises adhérentes
Restricted to
member companies
Next