Elections in Brazil: The Far Right at the Gates of Power? 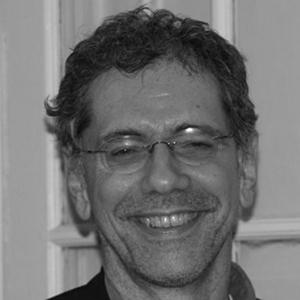 The first round of the presidential elections in Brazil took place on October 7. Former President Luiz Inácio Lula da Silva, who had until then been the election’ front-runner, is now in prison for corruption. His candidacy was ultimately rejected by the country's Superior Electoral Court in September, and the candidate inducted by the Workers' Party (PT) to replace him, Fernando Haddad, came in second place, winning 29.26% of the votes. He will thus face Jair Bolsonaro, a far-right candidate who came in first place in the first round with 46.06% of the vote, during the election’s second round on October 28. Alfredo Valladão, Professor at the Paris School of International Affairs (PSIA) of Sciences Po Paris and Senior Research Fellow at the OCP Policy Center, analyzes these uncertain and highly polarized elections.

Although he failed to get himself elected, the far-right candidate, Jair Bolsonaro, came well ahead in the first round of the election, with 46.06% of the votes. How can this result be explained?

Jair Bolsonaro - despite his openly misogynistic and homophobic stances, often in favor of the use of force - was able to take advantage of the fact that a very significant share of the Brazilian population is fed up of traditional parties and leaders. In the short term, he benefited from three factors:

Could the country fall back into military dictatorship?

The small, more militant groups on both sides of the political spectrum succeeded, through the massive use of social networks and fake news, in polarizing public opinion, by imposing the idea of a binary confrontation. In a nutshell, the choice between those who fear the return of a far-right military dictatorship, and those who fear a return of the PT and the establishment of a populist dictatorship similar to that in Venezuela. During the first round of the presidential election, the vast majority of voters did not vote "for" a candidate, but "against" (both Haddad and Bolsonaro’s rejection rates are around 40%). The problem is that neither of these scenarios seems credible. Brazil is a huge country, and is now much more diversified and sophisticated than it once was. It has powerful and organized interest groups (both left- and right-wing), an active and reasonably independent judicial institution, and a hyper-connected, informed urban population capable of rallying independently of political parties and leaders. It is difficult to set up a dictatorship under these conditions. Moreover, a dictatorship would not be possible without the ability to control the Armed Forces (as Chavez did in Venezuela or the Chiefs of Staff in Brazil in 1964). Neither of the two candidates in the second round can claim they have power over the military.

Moreover, the Armed Forces’ current leaders have neither the desire nor the intention to take charge of a country undergoing such a crisis, and to take full responsibility for it. The army's senior hierarchy insisted on proclaiming (officially and unofficially) that it understood its role only within the framework of the Constitution, and nothing but the Constitution. Hence their cautious warnings when the retired general Hamilton Mourao, who is also Bolsonaro’s vice presidential candidate, and his PT opponent Haddad both announced that they intended to launch a "customized" constitutional reform (in fact they formally rejected this idea in a television interview straight after the first round).

Admittedly, the military institution is wary of the PT, which made no secret of its desire to politicize the army by appointing senior officers who are more "compliant" with the party line. Moreover, Bolsonaro is popular in barracks and, were he to win the elections, a few retired senior officers would most probably be part of his future government. Yet it remains difficult to imagine the Armed Forces per se directly running the country. They are already very reluctant to assume a policing role against crime, as they consider it could have harmful effects on discipline within their troops.
The only way there could be a military intervention would be if the elected candidate decides to modify the Constitution unilaterally, or if the current polarization of opinion leads to widespread political violence. In such a case, the military would think they are legitimate to "restore order".

Jair Bolsonaro and Fernando Haddad, candidate of the Workers' Party (PT), will confront each other  in the second round of the presidential election on 28 October. What are the main issues at stake in this election?

Paradoxically, despite the strong political polarization, the election campaign was surprisingly peaceful. Nearly 150 million Brazilians voted in a calm and orderly atmosphere, despite Bolsonaro being stabbed by an unlikely socially marginal aggressor and two shots fired at a PT caravan. In fact, the two candidates are currently engaged in a competition for moderation to convince centrist voters.

The main question of the election is whether the winner - whoever he is - will have the means and authority to govern and implement the reforms the country urgently needs - or even simply to seriously implement what counts as their respective "programs". The legislative system is more fragmented than ever (30 parties, most of which are tiny, and the sole purpose of which is to obtain a share of public funds), and the Congress’s composition has been dramatically renewed. The new President will thus face many challenges in forming a stable parliamentary alliance to govern. Since the shift back to democracy in 1988, the country experienced several avatars of so-called "coalition presidentialism" in which the executive is condemned to allocate, without any conditions, ministerial advantages or leadership positions in public companies to parties in its "allied base". Such a practice, which reached its peak under PT governments, favors and enhances corruption. Today, however, newly elected officials (especially those belonging to one of the many improbable small groups) have no reason to respect any "party-favoring" logic.

The new Head of State will of course build a majority in Congress, but negotiating with political leaders and distributing benefits will not be enough. He will have to convince parliamentarians one by one, each having their own agenda and interests. “Coalition presidentialism” will still play a role, but government coalitions will be much more uncertain, and will change according to circumstances and majority votes on a case by case basis, each bitterly negotiated. This recipe is anything but optimal for the establishment of a stable, active and effective government (regardless of its agenda).

Brazil is impacted by the crisis that has been hitting emerging countries for several months now. What consequences may this election’s outcome have for the country’s economy?

The Brazilian socio-economic model was based for at least two centuries (!) on clientelist and rent-seeking ruling groups (both right-wing and left-wing), which survive largely thanks to the export of raw materials processed by an extremely poorly paid, poorly educated and poorly cared for workforce. Brazil is one of the most unequal countries in the world. This model - paradoxically hostile to capitalist ideology and to any form of economic and social competition - as well as its political representation, collapsed, and the country sank into a deep multifaceted crisis. There is thus an urgent need for in-depth reforms: significant reduction of public debt, pension and social security reforms - both systems being practically bankrupt -, profound "debureaucratization", renewed investment in education, health and infrastructure - fields that were neglected for decades -, greater openness to the rest of the world... Not to mention, of course, the fight against urban violence. This series of priorities cannot be implemented without substantive electoral and political reform, which is needed to face all the powerful blocks of vested interests refusing any major change.

In reality, the political seism in the country involves great dangers, but also opportunities for a new government (whatever it may be) to finally make the necessary decisions Brazil has been waiting for for decades. Given the difficulties of ensuring stable, predictable and "sustainable" governance, it is, unfortunately, more likely that such change will continue to be postponed and that the country will remain more or less viable, but doomed to economic and social stagnation. Nevertheless, as Brazilians say: "Brazil will never fall into the hole, because it is bigger than the hole! ». In any case, one must be careful not to use the same set of analytical categories as those that apply to Europe: the specificity and complexity of Brazilian problems are very real, and cannot be reduced to European or North American political debates. Bolsonaro is not Trump and Haddad is not Maduro. Tom Jobim, one of the fathers of bossa nova, was well aware of it when he asserted: "Brazil is not for beginners".

See also
Topics > International affairs
Who Is Imran Khan, Pakistan's New Prime Minister? Three Questions to Christophe Jaffrelot
Analyses | 24 August 2018 | Institut Montaigne
Former cricket star Imran Khan, who won the general elections in Pakistan last July, became head of a coalition government on Saturday 18 August. The following day, he delivered his first speech as Prime Minister, in which he presented his vision for a "new Pakistan". Christophe Jaffrelot, Senior...
Next
Topics > International affairs
Elections in Mexico: When the Winds of Change Blow
Analyses | 5 July 2018 | Institut Montaigne
Last Sunday, July 1st, Mexican voters went to the polls to elect their new President, who will take office on December 1st. Former mayor of Mexico City, candidate Andrés Manuel López Obrador, comfortably won this election with 53% of the votes, thus offering a historic victory to the Mexican...
Next
SIGN UP FOR OUR NEWSLETTER
for a handpicked selection of analyses each week Yes please
Series |
Next
Publication -
Next
États-Unis et amériques
...
Next
Séminaire réservé exclusivement
à nos entreprises adhérentes
Restricted to
member companies
Next