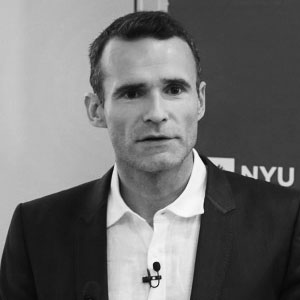 With the Digital Markets Act, the European Commission wants to put an end to dominant positions by better regulating competition in the digital market. But will this regulation make the European Union more competitive internationally? Thomas Philippon, Professor of Finance at New York University, answers our questions.

With the Digital Markets Act, is Europe taking action alone?

The DMA is interesting in three ways. First, it is the outcome of an ambitious exercise, fraught with many economic and political constraints - notably with regard to competencies. Yet, despite its limitations, the DMA is a step in the right direction.

Second, following the General Data Protection Regulation, the European Union (EU) is once again acting as the de facto global regulator (i.e., the primary area where standards are developed). Indeed, during discussions with policy makers in Asia and South America, all agreed that Brussels provides the frame of reference in terms of regulations for data protection and competition. In this context, the DMA reinforces the EU’s authority on the matter.

Finally, with regard to the United States (US), one positive element stands out: the momentum to strengthen competition policy - which began with President Trump and seems set to continue with President Biden - could now lead to opportunities for cooperation. The Americans have affirmed their willingness to potentially join forces with the Europeans. Indeed, the US and the EU have reached a consensus on the diagnosis, but not yet on the solution. For the US, the answer will rely less on regulation and more on antitrust laws. The diverging responses can be explained by the different perspectives: for the EU, it is a regulation issue, while for the US, it is a legal one. The consequences of these two situations therefore differ: antitrust is more powerful but more difficult to control, whereas regulations are more limited.

Will the DMA have an impact on European innovation?

The US has always performed well in the digital sector. Subsequently, they have a greater industrial advantage compared to the European Union. By investing early on, the US has specialized in making innovative products which generate consumer interest and loyalty, while the EU is still struggling in this aspect. Moreover, the US has two other major competitive advantages to consider: the perennial interaction of US universities with their innovation ecosystems, and the structure of their venture capital.

In Europe, institutions have more independence. This is why the EU alone is capable of establishing more aggressive regulations for platforms.

Nevertheless, the EU’s capacity for negotiation and cooperation offers a unique advantage: an expertise in consensus building. As a union of 27 member states, the EU must take common decisions that are accepted by all of its members. In this respect, the European Commission is a unique institution in the world, and it remains the benchmark for developing standards at the international level. Developing standards is essential. In the US, innovative regulations are struggling to be fruitful because the American platforms have drowned out regulators and regulatory policies. In Europe, institutions have more independence. This is why the EU alone is capable of establishing more aggressive regulations for platforms.

With this in mind, the fact that none of the world's major digital players are European raises questions. I think, competition can sometimes be overestimated in Europe. Increased competition has an impact on living standards mostly. For instance, French households save 100 euros each month on their telecom bill thanks to competition in the telecom sector. But this is only equivalent to an increase in purchasing power, not on the rate of GDP growth. In theory, encouraging competition can lead to a higher growth rate, but this has yet to be proven in practice in Europe.

Can the US and the EU reach a consensus on which approach would best prevent abuses of dominant positions arising from the use of multi-sectoral data?

Data per se does not bring market power. It is the control that companies have over bottlenecks, induced by data, that actually generates market power - hence the term "gatekeeper".

Transparency concerning these practices is a real challenge. Some players claim to have put in place a clear separation between data collection - regarding the performance of online vendors on the one hand - and private brands wishing to launch a product or an advertising campaign on the other hand. None of this data should be used together. However, it does happen in practice.

Could we then control these algorithms, and if so, how ? There are two schools of thought.

These players have official policies that forbid this, but in practice it is very difficult to verify. However, the digital domain is not the only area in which this issue arises. For instance, banks have always had official policies that protect the circulation of information between departments, and informal exchanges that are likely to bypass them. Until recently, it was very difficult to verify their compliance. In the digital era, it may be possible, for example by auditing machine learning algorithms and the databases on which they are trained.

Could we then control these algorithms, and if so, how? There are two schools of thought. Optimists will rally around the principle that code can be audited, claiming that it is explicit, and suggesting that it is unambiguous. Pessimists, on the other hand, will assert that if one does not know where to look, they would never find anything. A striking example would be the SolarWinds affair, whereby Russians infiltrated US administrations. Attackers used a SolarWinds software update to infiltrate and enter US agencies’ information systems. The malware went unnoticed by these agencies for several years, until it was identified by a cyber security company. Here again, the issue of monitoring systems that are opaque and complex to audit is at the forefront.

See also
Digital Markets Act
Series |  March 2021
Next
Topics > Economy > Tech & Innovation
Digital Markets Act: Is the European Union Taking the Lead?
Analyses | 17 February 2021 | Gilles Babinet | Dr. Alina Polyakova
The European Commission published on December 15 its Digital Markets Act, a new text aiming at regulating the digital economy and limiting the gatekeeping power of large digital players. Institut Montaigne launches today a series of articles to analyze the stakes behind the new regulation. In this...
Next
Topics > Economy > Tech & Innovation
Digital Markets Act: A New Role for Competition Authorities
Trois questions à Emmanuel Combe et Anne Perrot
INTERVIEW | 26 February 2021 | Emmanuel Combe | Anne Perrot
The Digital Markets Act’s (DMA) objective is to limit so-called gatekeepers’ control over the markets in which they do business. What are the competition authorities’ current means to control digital markets, and why do they need to evolve? How does the DMA consider the relationship between...
Next
Digital Services Act
Series |  September 2020
Next
SIGN UP FOR OUR NEWSLETTER
for a handpicked selection of analyses each week Yes please
Series |
Next
Publication -
Next
Tech | Europe
...
Next
Séminaire réservé exclusivement
à nos entreprises adhérentes
Restricted to
member companies
Next