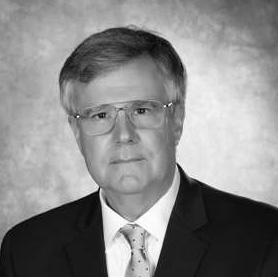 The tone of the Biden administration towards long-time strategic ally, Saudi Arabia, has changed. At the same time, evolving geopolitical trends in the region, and the change in Washington’s attitude towards Iran, appear to reshuffle the role of the local actors, with perhaps a direct effect on Saudi Arabia. Senior Fellow, Soli Özel posed three questions to Francis Gregory Gause III, Professor of International Affairs and Head of the International Affairs Department at the Bush School of Government and Public Service, in order to understand the true extent of the change in US-Saudi relations.

Soli Özel: The mood in the USA towards the Kingdom of Saudi Arabia has been sour for some time. The primacy accorded to this country by the Trump administration has ceased with the advent of the Biden administration. Has the historic deal between FDR and Ibn Saud expired?

It is premature to talk about the end of the strategic relationship between the United States and Saudi Arabia. As the centrality of oil in the world economy declines, the importance of Saudi Arabia (and the entire Persian Gulf region) to outside powers will also decline. However, that decline in the centrality of oil to the world economy is gradual, and Saudi Arabia is still the one oil power that, by its own decisions, can most affect the world oil market. As long as Saudi Arabia has that power, the United States will want to have a good relationship with it. While there is much talk, both in the Middle East and in the United States, about an American "withdrawal" from the region, that withdrawal is cautious and slow. There is still a substantial American military presence in the smaller Gulf states and extensive cooperation with Saudi Arabia on military and intelligence matters.

Even as the Biden Administration engages Iran in an effort to reconstruct a nuclear deal, it also warns against the expansion of Iranian power in the region. If Washington wants to check Iranian power, it needs a stable relationship with Saudi Arabia. The relationship was never based upon broad public support in either country for it. It has always been based on strategic realities that are recognized by the elites in both countries. Elite support for the Saudi-American relationship is somewhat reduced in the US, but not to the point of reversing the past decades of cooperation.

SO: As President Biden commits to having a second edition of the JCPOA, has the Kingdom’s approach to Iran changed? Are the ambitions of the Crown Prince likely to be thwarted by Biden?

Even as the Biden Administration engages Iran in an effort to reconstruct a nuclear deal, it also warns against the expansion of Iranian power in the region.

The ambitions of the Crown Prince are being thwarted more by regional realities than by Biden. The war in Yemen has not been going well for quite some time. His effort to reduce Iranian influence in Lebanon has failed, as has the Saudi support for efforts in Syria to overturn the Assad regime. The Crown Prince had an ambitious foreign policy agenda for reversing Iranian influence in the region. Those ambitions were probably increased when the Trump Administration came to power with its policy of "maximum pressure" on Iran. But that policy failed to bring Iran either to the bargaining table or to collapse.

Moreover, the pressure on Iran from Washington and Riyadh led to the Iranian missile and drone attack on Saudi oil facilities in September 2019, an attack that the Trump Administration allowed to go unanswered. So, Saudi Arabia was going to have to reassess its policy toward Iran at some point, no matter who was governing in Washington. Saudi-Iranian talks, confirmed by both sides, did begin shortly after the Biden Administration came to power. Undoubtedly, the change in Washington toward Iran had some role in Saudi rethinking. However, we should not exaggerate what those talks will produce. A reduction in tensions would be beneficial for the region as a whole, but the core issue of the growth of Iranian power and the worry that has created in Saudi Arabia is not going to be solved anytime soon.

SO: How do you assess the reform agenda of MbS? Has he consolidated his power? Has he learned from his own excesses?

It appears that the Crown Prince has consolidated power at home. There is certainly grumbling among his older cousins in the ruling family, who have been passed over by the Crown Prince’s ascent and who have been sidelined by him. But grumbling is not the equivalent of effective opposition. There is no public indication that a blocking coalition within the Al Saud family has formed that can prevent MBS taking the throne when his father dies.

The core issue of the growth of Iranian power and the worry that has created in Saudi Arabia is not going to be solved anytime soon.

Anything can happen in palace politics, of course, but right now it looks like the Crown Prince is secure. His reform agenda at home is extremely ambitious. On the social side, the moves he has made to increase the role of women in public life and loosen the restrictions on entertainment are profoundly important. His economic agenda will be harder to realize, given the continuing role of oil in the Saudi political economy. However, the steps he has taken to implement taxes, raise the cost of foreign labor and encourage investment in non-oil sectors are part of a larger recognition that the Saudi economy has to change. He is unlikely to reach all the goals set in Vision 2030 to reduce the role of oil in the Saudi economy, but even if he achieves 25% of the goals, it will be a step in the right direction.

There do remain contradictions in his economic plans that have to be recognized. While he promotes the private sector as the future driver of the Saudi economy, he is using the country’s sovereign wealth fund, the Public Investment Fund, to increase the role of the government in a number of sectors. The mega-projects, like the futuristic city Neom and the Red Sea Development Project, rely almost exclusively on the Fund’s capital so far. We also have to acknowledge that there is absolutely no element of political reform in the Crown Prince’s plans. The country is in some ways even more authoritarian than it has been in the past, as the rule by a committee of princes is replaced by the rule of one man. Has he learned from his own excesses? I do not know, but that is the most important question for the future of Saudi Arabia.

See also
Regions > America > Middle East & Africa
The US-Saudi Recalibration
Three questions to Soli Özel
INTERVIEW | 14 May 2021 | Soli Özel
The Trump administration was often criticized for overlooking human rights violations committed by the Saudi regime, this in turn leaving the Crown Prince, Mohammed bin Salman, with a blank check to realize his regional aspirations. His successor, Joe Biden, pledged to reassess the US-Saudi...
Next
Regions > America > Middle East & Africa
Biden's Fast Start
Analyses | 9 February 2021 | Uri Dadush | Soli Özel
On the 2d of February Institut Montaigne welcomed Dr. Uri Dadush for a webinar to have a conversation about President Biden’s economic policies, the impact they are likely to have both domestically and internationally. At the time of our conversation Biden’s rescue and stimulus package of $1.9...
Next
SIGN UP FOR OUR NEWSLETTER
for a handpicked selection of analyses each week Yes please
Series |
Next
Publication -
Next
...
Next
Séminaire réservé exclusivement
à nos entreprises adhérentes
Restricted to
member companies
Next