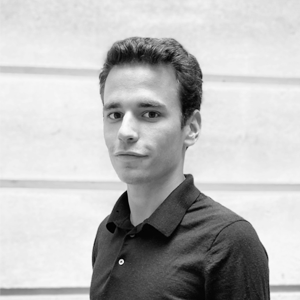 Much like a rude guest, Joe Biden arrived in Glasgow empty-handed. The US president was hoping to re-establish American climate credibility at the COP26 summit. He even delayed his departure from Washington D.C., hoping to conclude negotiations with the two sides of the Democratic aisle that would allow him to move forward with his climate plan. In his address to the Democratic caucus meeting, he asserted that the future of both his presidency and the party were at stake. "The rest of the world wonders whether we can function," he said, dramatically emphasizing that "this is not a joke". Yet, and not without a sense of déjà vu, this intensive presidential diplomacy failed to overcome Democratic divisions in time for the COP26.

Democrats were hoping for a happy ending to the negotiations on the simultaneous adoption of Joe Biden’s two flagship projects, the infrastructure bill (already approved in the Senate) and the Build Back Better budget bill, which includes the climate component. The BBB program has been largely watered down, however, as its amount has been cut in half (through the loss of much of its social and family component). It still contains a $555 billion check dedicated to fighting climate change, which could make it the most ambitious "green" investment project the US has ever adopted. In order to promote less carbon-intensive energy, this sum is made up of a series of subsidies and tax credits for the private sector and consumers. This is characteristic of the American approach to initiating change, which also meets the demands of Senator Joe Manchin (D-WV), who has repeatedly refused to sanction the use of fossil fuels. Yet, even if passed, the BBB plan would still be flawed. In particular, one section proposes massive investments in new technologies, such as hydrogen or carbon sequestration, the effectiveness of which remains uncertain today (unlike that of conventional renewable energies). Another limitation comes with a section of the bill which sacrifices environmental assessments for oil and gas pipelines built on federal land. Above all, the abandonment of the Clean Electricity Performance Program (CEPP), a result of Senator Manchin's fierce opposition, has largely reduced the ambition of the climate plan, along with the possibility for the United States to meet the nationally determined contributions (NDCs) submitted by the President last April.

The CEPP - the $150 billion backbone of the bill - was conceived as the main instrument for financing the transition of the US electricity sector. It was intended to support electricity providers whose share of clean energy in the mix increased by at least 4% per year, and to penalize those who did not meet that target. The program could have reduced the US energy sector greenhouse gas emissions by nearly 80% over the next decade. However, the careful unraveling initiated by Democratic Senators Joe Manchin and Kyrsten Sinema killed this ambitious part of the project. The alternative proposal of a national carbon tax brought forward by Senator Ron Wyden has so far been unsuccessful.

While the fight against climate change was at the heart of Biden's plan, the slim Democratic majority in Congress caused a significant reduction in the administration's climate ambitions. Nevertheless, if approved, the BBB Act could cut US greenhouse gas emissions in half by 2030 compared to 2005 levels, which would send a strong climate signal from the United States on the international stage.

Not all hope rests on Biden’s infrastructure bill. The federal imbroglio that has surrounded the issue of climate change in recent weeks has prompted Michael Regan, administrator of the Environmental Protection Agency (EPA), to assure that he would enact a "very aggressive" agenda, regardless of the outcome in Congress. The measures should target methane leaks from oil and gas wells, which are particularly important in the United States because of the rules and methods of operation. The extent of some of the leakages was revealed by satellite images last year, in April of 2020. In fact, the regulatory approach has already allowed the administration to limit the production and use of hydrofluorocarbons, components of air conditioners and refrigerators infamously known for their environmental impact. Similarly, Joe Biden signed an executive order to increase to 50% the share of electric and hybrid vehicles among new vehicle sales by 2030.

This regulatory route remains highly fragile, given that an executive order can easily be overturned by the next administration, a vicious cycle that has been well known in American politics since the late 1990s. Regulatory measures adopted by a Democratic president (such as Clinton, then Obama) have been systematically undone by the following Republican president (George W. Bush before Trump). Given the intrinsically long-term nature of climate change, this uncertainty could prove highly damaging.

It is also harmful from a purely economic standpoint, given companies’ need for visibility in making strategic decisions that will guide their investments. Interestingly, Michael Regan's statements underline an anticipation of the legal attacks that the agenda adopted by the EPA will undergo, another well-known cycle that defeated Obama’s Clean Power Plan in 2015.

A "bottom up" change?

First of all, the American business world seems to be moving forward at full speed on this issue, which could encourage lasting change in the model. This shift is particularly noticeable in the car industry. In addition to Tesla (now valued at $1 trillion), the recent announcement by General Motors of its intention to achieve carbon neutrality by 2040 confirms the advent of electric vehicles on the market. The adoption of ambitious measures by certain close partners, such as the European Union with its "Fit for 55" package, leaves little doubt as to the economic interest that American companies have in changing their practices. In the long term, this emulation could become the basis for a national agenda to fight climate change in the absence of strong federal measures.

Moreover, the fight against climate change is also being played out at the local level. In the absence of federal leadership on the issue during the Trump era, states and cities have been crafting American ambition for four years. While the Trump administration withdrew from the Paris Agreement, a fifth of US states, or nearly half of the population, committed to it anyway. This momentum is likely to continue and intensify, particularly in light of the increasingly frequent climate disasters that the country has been experiencing.

In this regard, it is important to highlight the recent passage by the Illinois Congress of landmark legislation that should allow the state to achieve carbon neutrality by 2050. Similarly, the city of Phoenix recently raised its ambitions to achieve carbon neutrality by the same year. These initiatives are the result of careful negotiations involving government, labor and business, often with a bipartisan effort. As such, they demonstrate the extent of local government climate entrepreneurship in the country.

The issue of climate change is gradually becoming a major issue in American politics, even among Republicans.

Moment of truth for the United States

In order to shake off the disastrous climate image left by Trump and his administration, Joe Biden will have to double down and accelerate his efforts in a year marked by a succession of climate meetings. Following Glenn Youngkin’s victory in yesterday's Virginia governor race, which was largely perceived as a referendum on the presidency, further delay in Congress on the votes on the infrastructure and Build Back Better projects would be a major setback for Biden. For climate, this would obviously be a catastrophe, even though a recent report by the Rhodium Group indicates that the country's greenhouse gas reduction targets could still be met even under this watered-down version of the plan.

The fact remains that the issue of climate change is gradually becoming a major issue in American politics, even among Republicans. It is worth noting the fact that, for the first time, a Republican delegation has decided to head to the COP26. Far from being anecdotal, this move illustrates the rightful weight of citizens’ concerns on the political agenda. A Pew Research Center poll found that 65% of Americans considered government action to be too weak on this issue in 2020. Similarly, the Biden administration's "whole of government" commitment to climate change seems to be paying off at the administrative level, as evidenced by the change in rhetoric in recent reports released on the subject by the Department of Defense (DoD), the National Intelligence Estimate (NIE), and the Department of the Interior (DoI). The change in tone must now lead to changes in practice and, above all, to concrete decisions. Biden’s presidential legacy and the future of his party are on the line, especially given that the climate issue was at the center of the mobilization that brought him to the White House in 2020. For the planet, the stakes are obviously even higher.

See also
Regions > America | Topics > Energy > Environment
The Quest For an Ambitious and Inclusive COP26
Trois questions à Laurence Tubiana
INTERVIEW | 21 October 2021 | Laurence Tubiana
The international community is currently far off track to meeting the 2015 Paris Agreement’s climate targets. However, the EU is trying to position itself as a climate entrepreneur. With its ambitious "Fit for 55" legislative package, it seeks to reduce greenhouse gas emissions by 55% by 2030. A...
Next
Regions > America | Topics > Energy > Environment
China's Green Gambit: Environmental Policy as a Bargaining Chip
Analyses | 2 November 2021 | Karl Hallding
The 2015 Paris Agreement sealed an unparalleled success in reaching global consensus, not only for climate action, but also for the broader sustainability goals laid out in the 2030 Agenda. As climate negotiators, world leaders, media and advocacy groups reunite at the COP26 in Glasgow, however,...
Next
SIGN UP FOR OUR NEWSLETTER
for a handpicked selection of analyses each week Yes please
Series |
Next
Publication -
Next
États-Unis et amériques | Énergie | Environnement
...
Next
Séminaire réservé exclusivement
à nos entreprises adhérentes
Restricted to
member companies
Next