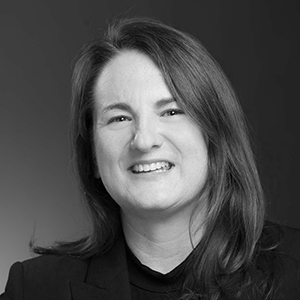 Recognizing the value of the semiconductor industry, China has prioritized investing in domestic capacity, most recently through its Made in China 2025 policy. The 2014 National Integrated Circuit Plan targets €125 billion of funding to achieve self-sufficiency, and reaching parity with international leading edge technology in design and manufacturing by 2030 (Lewis, 2019; Tao, 2018; Kubota, 2019). The funding, combined with persistent Chinese intellectual property theft, has elevated concerns overseas about how quickly China might reach parity in this geo-strategically important technology sector, especially as some Chinese tech firms have shown breakthrough abilities in other market sectors.

The vertical integration of chip design into technology companies that has been so successful in the U.S. for Apple's smartphones and Google's data centers is also happening in China. Two of China's tech giants, Huawei and Alibaba, set up chip design companies specifically to serve their own chip needs, particularly high value-added processors used in smartphones and data centers. HiSilicon and Pingtouge Semiconductor originated as captive suppliers to Huawei and Alibaba, respectively, but are evolving to become commercial vendors to other companies. Baidu also houses a design group and uses corporate venture funding to nurture new capabilities in chip design for artificial intelligence. Huawei, Alibaba and Baidu have all published results for processors in the last year that are competitive with world class designs.

Just three companies share 80% of the €8 billion global market for such design tools.

Underlying the success in designing world-class chips, China's capability to design chips, particularly high-end digital logic processors, is dependent on design tools from foreign companies. Just three companies share 80% of the €8 billion global market for such design tools: Synopsis, Cadence, and Mentor. There are no indigenous companies in China that enable full end-to-end design and verification. Only a handful of small companies create design tools, and those focus on niche specialties, such as control circuits for flat-panel televisions, rather than full design suites that enable designing processors.

Prior to 2019, China's reliance on foreign design tool software was not remarkable. The semiconductor industry has a complex global supply chain, with multiple layers of interdependencies. However, when Huawei was placed on the U.S. Entity List in May 2019, U.S.-based Synopsis and Cadence were prohibited from providing new software or updates to Huawei or HiSilicon as a consequence of more restrictive export licensing. Design tools are software that could still be used after the updates were prohibited, and can be hacked despite built-in security. The consequences of losing access to the updated software will take time to become visible in diminishing the capacity to design new chips. While China will prioritize supporting indigenous design tools going forward, these design tools are complex and the result of decades' worth of industry consolidation and international collaboration, which will make duplicating a full-flow design tool difficult.

Additionally, the extension of the U.S. restrictions in May 2020 resulted in Huawei also being cut off from having its own chip designs manufactured in Taiwan after September 2020. Huawei sent some chip orders to China's largest contract manufacturer, SMIC, but using SMIC will not replace China's ability to access a leading-edge manufacturer.

The inability to fabricate leading edge designs within China remains an Achilles' Heel.

Huawei has publicly stated that its Fall 2020 shipment of smartphones may be the last with the new Kirin processor, and sales may dramatically fall off thereafter if Huawei is unable to continue accessing a leading edge processor for its phones. More time is needed to understand if the U.S. restrictions will actually undermine Huawei, or if it will navigate forward with alternative foreign suppliers.

Even as the design capability in a number of China-based companies has dramatically increased, the inability to fabricate leading edge designs within China remains an Achilles' Heel. This is the case despite the fact that such dependence is not unique to China; fabless design companies all over the world share this dependence, which is usually seen as merely a consequence of specialization with no particularly alarming national security implications.

Even though China's semiconductor industry is likely to lag the capabilities of the world leaders in chip manufacturing for the foreseeable future, there are emerging opportunities that might accelerate how quickly the design segment of the PRC's semiconductor industry develops. The vertical integration in the tech giants presents the mostly likely path to enhance self-sufficiency in design. This would not address the dependence on foreign manufacturing, but it could mitigate dependence on foreign design tools and foreign intellectual property.

If China develops clout as a hub for emerging processor designs, it could develop a route to influencing the design software as well.

Alibaba, Baidu, and Huawei aligned their chip design priorities with national strategic priorities from Made in China 2025, such as artificial intelligence, the Internet-of-Things, and autonomous vehicles. These priorities are notable for focusing on emerging classes of chip design for processors (e.g., specialized artificial intelligence accelerators for image classification, low power microcontrollers for the Internet-of-Things) for new markets (e.g. cloud services, autonomous vehicles), rather than seeking to displace well-established processor designs from Nvidia or Intel.

Instead of playing catch-up, China may eventually lead in the design of new types of processor chips. These companies can use vertical integration to serve their existing business while simultaneously developing technology for the emerging markets that China has designated as strategically important.

If China develops clout as a hub for emerging processor designs, it could develop a route to influencing the design software as well. The recent emergence of an open source model for a processor's instruction set architecture, combined with the rise of chip design in vertically integrated companies, may define that route. The present model for processor designs is either a proprietary design sold by vendors as a stand-alone chip (e.g. Intel), or the license of intellectual property that can be combined with a chip designer's own innovations and fabricated through contract manufacturing. The license business model is currently dominated by Arm Holdings (which Nvidia recently agreed to acquire, and maintain the U.K. intellectual property). Arm sells its processor designs to nearly all smartphone suppliers.

An open source paradigm for processors has emerged recently as a challenge to the current dominance of Arm's processor. The RISC-V open source architecture was originally developed at the University of California at Berkeley to facilitate teaching microprocessor design, and is based on a reduced instruction set computing architecture useful where power efficiency is prioritized, such as smartphones. The open source paradigm removes the large barrier-to-entry expenses that companies otherwise face when licensing and, more significant to companies in China, also avoids being subject to export restrictions. China's first major RISC-V design was revealed in July 2019 when Alibaba Pingtouge announced its Xuantie 910, a processor designed for workloads found in edge servers, networking and autonomous vehicles.

To promote this open source architecture internationally, the U.S. non-profit organization formed in 2015 was incorporated in Switzerland in 2020. In China, two national organizations formed in 2018 to promote the adoption of RISC-V. The China Open Instruction RISC-V Ecosystem Alliance (CRVA) was established to develop open source design tools, and foster collaboration between research institutes, industry and universities, while the China RISC-V Industry Consortium (CRVIC) was established to promote adoption in industry and encourage the development of intellectual property compatible with the RISC-V architecture.

If China's tech giants become dominant in new classes of processor design, they may have the market power to set the ecosystem of the design tools as well.

CRVA explicitly educates its members on export restrictions, and promotes RISC-V as a possible route to national self-sufficiency in design. If China's tech giants become dominant in new classes of processor design, they may have the market power to set the ecosystem of the design tools as well. This is a space that industry and national security technology specialists alike will need to monitor closely.

Recent U.S. export restrictions on Huawei highlight that China's semiconductor industry does not currently have the domestic capability to serve its own companies. The design segment of the industry is capable of globally competitive chip design, but its leading edge is reliant on foreign suppliers for manufacturing, software design tools, and licensed intellectual property. In the short term, China is unlikely to reach parity with leading edge capabilities, or achieve self-sufficiency. But as the global industry evolves with new political incentives and constraints, structural changes that were not intended may well begin to emerge, such as a shift to open source processor architectures that are not subject to export restrictions.

See also
Europe’s Pushback on China
Publication - June 2020
China has risen to become strong and self reliant, while Europe wants to foster multilateralism and global integration. Does that make Europe vulnerable? How did we get here, and...
Next
Topics > Economy | Regions > Asia
Anticipating China’s Military Coercion of Taiwan
Analyses | 15 September 2020 | Mathieu Duchâtel
China is slowly stepping up military pressure against Taiwan. How far up can China go on the escalation ladder of coercion? China has real options, a record of calculated risk under Xi Jinping, deep concerns regarding the future course of US-Taiwan relations, and a lack of realistic soft...
Next
SIGN UP FOR OUR NEWSLETTER
for a handpicked selection of analyses each week Yes please
Series |
Next
Publication -
Next
...
Next
Séminaire réservé exclusivement
à nos entreprises adhérentes
Restricted to
member companies
Next