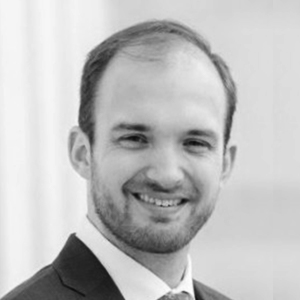 The tumult of 2020, from the outbreak of Covid-19 and the subsequent pandemic has thrown into sharp relief the dualistic international perception of China. It has been at once the source of the virus and the largest provider of relief aid. In response, China’s scholar-officials have sought to understand why China’s accomplishments and contributions to the international community in general have not helped its long-standing quest to acquire "international discourse power" (国际话语权), also translated as "international right to speak", an issue that CCP General Secretary Xi Jinping placed a focus on beginning with his 2016 participation in a Party news and public opinion work conference.1While some blame China’s struggle on Western efforts to keep China down, others emphasize the need to increase China’s credibility. These experts also explain that by increasing its international discourse power, China can take control of the international agenda. This is equated with the belief that currently, China is subjected to a different moral standard than other major powers; the current widespread concern about the rise of China would be less a consequence of controversial Chinese state behavior, such as the persecution of ethnic minorities in Xinjiang, than a manifestation of the continuing dominance of Western discourse power.

Many believe that an intensifying trend of American withdrawal from international organizations provides China with a strategic opportunity to take control of the international agenda.

To counter this, argues Sun Jisheng, Vice President of China Foreign Affairs University (CFAU), China must "participate in the formulation of governance rules, the setting of governance agendas, and the creation of governance institutions". These will directly affect the future global governance order, and ultimately China's international status.2Many believe that an intensifying trend of American withdrawal from international organizations provides China with a strategic opportunity to take control of the international agenda.

Recent publications also argue that, well beyond the scope of China’s response to Covid-19, the accomplishments of the Chinese state – such as the ongoing poverty alleviation campaign, the 2008 Beijing Olympics, and China’s status as the world’s second-largest economy – have not gained commensurate respect for China. For Sun Jisheng, one of the most important reasons behind this is that "China stories are being told by foreigners, who discredit and distort China’s role, popularizing China threat theory and China hardline theory."3 Sun Jisheng’s complaint is echoed by Zhang Zhanbin, Director of the School of Marxism Studies at the National Academy of Governance. Zhang asserts that "there are some Western countries who actively look to give China a bad name, forcing us (China) into a position of firefighting." 4

Rather than asking why these views are so negative, there is a consensus that such theories are propagated explicitly in order to keep China down. Li Qiang, Dean of the School of International Relations at Tianjin Foreign Studies University, is particularly direct about this: "in order to prevent China from enhancing its discourse power, the United States has relied on discourse hegemony to suppress and obstruct China in various sectors."5 Therefore, as Zhang puts it, the goal is to "thoroughly reverse the dominance of Western discourse, and the portrayal of the West as strong and China as weak (彻底扭转"西话主导、西强我弱"的态势)."Views are expressed on a range of measures to better communicate China’s perspective. Zhang Zhanbin cites a need to increase output of authoritative works on China’s development path in foreign languages, while also increasing academic exchange and cooperation to train foreign experts on China issues. He also suggests that China should "upgrade its theory and academic output in the communications field (提升对外交流的理论和学术含量)". For Sun Jisheng, efforts must be taken to "develop a Chinese theory to explain Chinese practices, to avoid Chinese diplomatic practice being explained by Western international relations theory."

Feng Shizheng and Wei Qingong, Researchers at National Academy of Development and Strategy of Renmin University, agree with these proposals, advocating for "greater study of conditions in China, as well as the historical and practical foundations for China making the choices it has," in order to "solve the problem of China’s development model and path receiving a scolding on the international stage."6 However, these ideas are not new to Chinese policy analysis, so it is unclear how they would improve China’s ability to stand up to Western discourse power dominance. Instead, discourse power may be a function of circumstance, meaning that China’s surest option may simply be to wait for moments of strategic opportunity, such as the poor handling of Covid19 by authorities in the United States.

Discourse power may be a function of circumstance, meaning that China’s surest option may simply be to wait for moments of strategic opportunity, such as the poor handling of Covid19 by authorities in the United States.

A Need to Build Influence

Given their political sensitivity, examples of controversial Chinese state behavior are not discussed. Some of our sources recognize that China’s development successes and accumulation of hard power should not be presumed to generate international discourse power. Zuo Fengrong, Deputy Dean of the Institute for International Strategic Studies of the Central Party School of the Communist Party of China, and Liu Yong, Senior Researcher at the Development Research Center of the State Council, acknowledge that achieving international discourse power requires recognition and support from other countries.7 Li Qiang strikes a similar note, "compliance or violation of international moral principles can weaken or enhance the legitimacy of state power." Sun Jisheng is more guarded, and contends that China is poorly placed to build influence internationally when only 1% of United Nations secretariat staff are Chinese citizens.

Proposals on ways to secure more influence vary widely. Li exhorts that "to construct moral discourse power, China must first occupy the commanding heights of morality." Zuo and Liu provide a suggestion of the importance of developing a trustworthy media environment in their assessment that "the appearance of Western media as independent, free from political control, and objective is a major reason why they are seen as important by other countries", while offering the caveat that "actual circumstances may not be as they seem." Li Qiang advocates for China to build support by providing international public goods, an initiative that does seem to have gained traction during the Covid-19 pandemic, where China has emerged as the largest provider of material aid. China’s increased efforts to provide public goods – with Covid-19 relief preceded by large-scale development lending under the Belt and Road Initiative – have nonetheless led to increased concern regarding the implications of China’s rise for the liberal international order.

In keeping with her analysis, Sun Jisheng offers an institutional remedy, arguing for a comprehensive overhaul of Chinese diplomatic training (including language training and education in specific portfolios) as a way of improving the ability of Chinese diplomatic personnel to rise within international organizations. She also emphasizes that "with the widespread growth of social media platforms, how to deal with public diplomacy capabilities such as new media has also become a new ability that diplomats need to possess." Sun Jisheng’s focus on social media shows an awareness that China should seek to actively shape perceptions of itself, rather than passively allowing them to be formed.

China should seek to actively shape perceptions of itself, rather than passively allowing them to be formed.

However, the difficulty of this task is highlighted by the widespread negative response to the aggressive social media engagements of Chinese diplomats within the context of "wolf warrior" diplomacy. As in the case of policy suggestions aimed at countering Western discourse hegemony, China’s quest to win international influence may be best served by patiently waiting for moments of opportunity, rather than seeking to force the issue.

Regardless of whether China’s relative lack of international discourse power is attributed to the dominance of Western discourse power or to China’s failure to win international influence, proposals are unified by the implication that China should be explained on China’s terms. Ling Shengli takes this point literally, arguing for an expansion of China’s practice of "home field diplomacy (主场外交)" (referring to the hosting of bilateral and multilateral summits in China).8 Indeed, Ling says that "by conducting home field diplomacy, China can enhance its international voice, increase its participation and shaping of the international system, and optimize its own international image." "Home field diplomacy" is recognized as an official precept of the Chinese foreign policy establishment, having first been referenced by Foreign Minister Wang Yi in 2014, with its roots ultimately traced back at least as far as the beginning of the Reform and Opening period. Since 2014, China has expended great effort and expense on strengthening its home field diplomacy, hosting multilateral fora such as the 2018 Forum on China-Africa Cooperation. Ling argues that through such events, China will "build a stage to sing on its own (搭台唱戏)".

However, there is already a large number of events taking place in China. The problem has less to do with building a platform for China to explain itself, and more to do with getting others to listen to China’s side of the story. The regalia of events such as the Bo’ao Forum must be matched with a credible voice, a point that Sun and Zhang recognize indirectly, given their respective advocacy for enhanced diplomatic training and broadened international academic outreach.

See also
Regions > Asia
China Trends #6 - Overstretch? China’s Foreign Policy Gamble
Analysis | 4 August 2020 | François Godement
The packaging and selling of China’s foreign policy and diplomacy has become a hard task, even for China-based experts who try not to depart too much from the Party-state’s scripts. The examples glimpsed for the three articles in this issue of China Trends cover only a few of the issues and...
Next
Regions > Asia
China Trends #6 - Generally Stable? Facing US Pushback in the South China Sea
Analysis | 6 August 2020 | Mathieu Duchâtel
Building militarized artificial features in the Spratly and seizing Scarborough Shoal are two major achievements of Xi Jinping during his first term in power, as emphasized in his work report to the 19th Party Congress. Under his leadership, China has established a relative superiority vis-à-vis...
Next
Regions > Asia
China Trends #6 - The Mirage of China's Wolf Warrior Diplomacy
Analysis | 7 August 2020 | Viviana Zhu
The hardline diplomatic tone adopted by some senior Chinese officials in the past year has caused controversies and raised many questions surrounding the aims of China’s foreign policy. The perception in the West and China’s own description of China’s diplomacy style diverge significantly....
Next
SIGN UP FOR OUR NEWSLETTER
for a handpicked selection of analyses each week Yes please
Series |
Next
Publication -
Next
Asie
...
Next
Séminaire réservé exclusivement
à nos entreprises adhérentes
Restricted to
member companies
Next