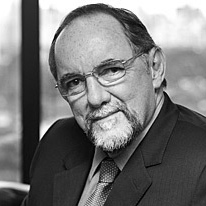 Trustee at the Brazilian Center for International Relations (CEBRI) and Member of its Environment and Climate Change Program.

In Glasgow last month, Brazil brought the second biggest national delegation, which signed a number of pledges, including one that strives to end illegal deforestation by 2030. Yet President Bolsonaro was notably absent from the conference. What's more, only a few weeks after the country's proactive stance at COP26, the government's national report highlighted a worrying deforestation rate in the Amazon rainforest. Between 2020 and 2021, deforestation has reached unseen levels. Winston Fritsch, trustee at the Brazilian Center for International Relations (CEBRI) and a member of its Environment and Climate Change Program, analyzes Brazil's perceived climate change reversal.

Once considered a global climate leader, Brazil has fallen short of living up to its reputation in recent years under Jair Bolsonaro's presidency. Yet, in the weeks leading up to the COP26, the country stepped up its climate pledges to portray itself as a "green power". It noticeably aims to achieve carbon neutrality by 2050, and to end illegal deforestation by 2028. How do you explain this significant shift in Brazil's policy towards climate change?

It is widely recognized that, until 2019, when President Bolsonaro took office, Brazil had traditionally been at the forefront of UN initiatives regarding climate change. It hosted the historic 1992 UN Conference on Environment and Development (UNCED) in Rio, also known as the Earth Summit. It also played a key role in driving the COP’s achievements, especially during the 2015 COP21 in Paris.

From its inception, however, Bolsonaro’s policy towards climate change represented a historic turning point for Brazil’s traditional stance on the issue. Bolsonaro became a well-known negationist, denying the scientific evidence behind climate change, and rejecting the virtues of the post-war multilateral system. At the time, that approach was common to a number of new right-wing governments, most notably following the election of Donald Trump in the United States. Under Bolsonaro’s tenure, past governments’ efforts to curb illicit activities in the protected biome were repeatedly abandoned and the devastation of the Amazon forest was accelerated, as the graph below indicates. Yet, until recently, the president has repeatedly denied this reality in public. This starkly illustrates his neglect of the environmental agenda, which some would go as far as to call a "boycott").

Over the past few months, the situation has begun to change. As we get closer to next year’s presidential election, and along with Bolsonaro’s significant drop in popularity, the COP26 has slowly transformed into an opportunity for the government to shift gears on the climate change issue. 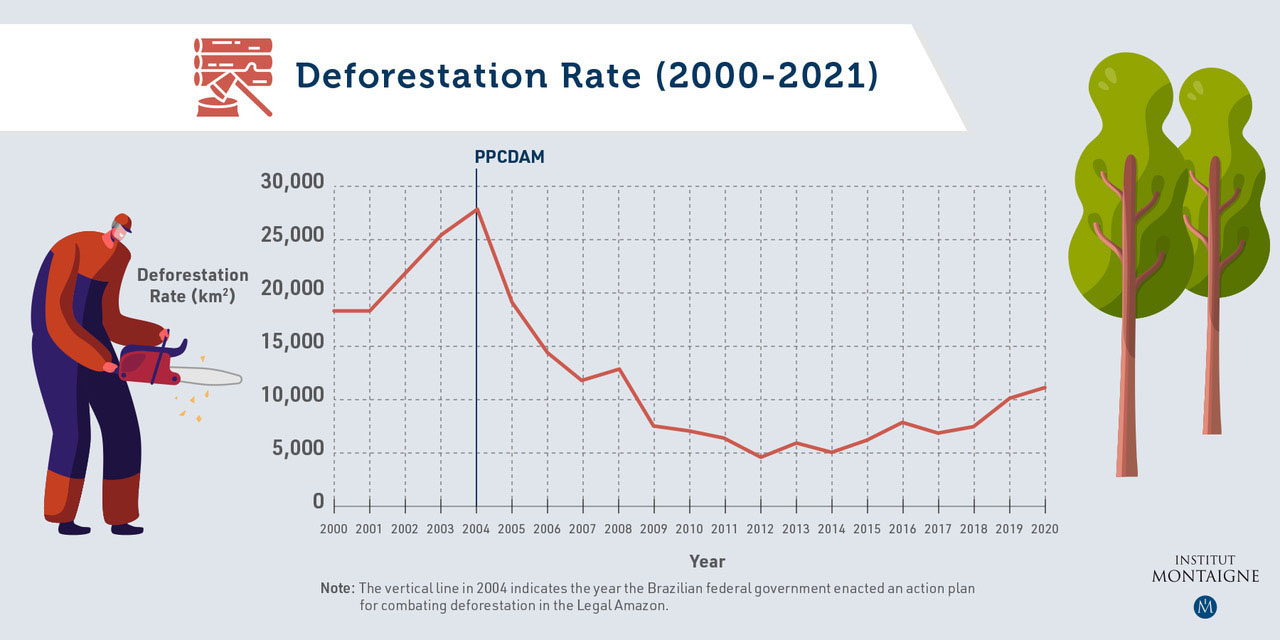 In particular, its policies have so far drawn fierce opposition both at home and abroad. Moreover, Trump’s defeat in the 2020 elections largely complicated Bolsonaro’s position as he led an increasingly isolated front against a number of countries that defend active cooperation on climate. This was no longer a sustainable position for at least two compelling reasons.

First, because putting forward Brazil’s "soft power" on environmental issues in the multilateral arena is not difficult given Brazil’s clean energy matrix, as compared to its G20 peers. Second, the short-term political gains of renewing the country’s traditionally high climate ambitions - including a significant pledge on Amazon deforestation - far outweigh the internal and external costs at the COP26.

Under the current administration, deforestation of the Amazon rainforest has resumed at a worrying rate. Between August 2020 and July 2021, it has reached levels unseen since 2012. In recent weeks, scientists have warned that the Amazon’s fragile ecosystem might be close to a tipping point that could turn it into a savannah. Yet, Brazil is part of a coalition of countries that has pledged to end deforestation by 2030, along with the US and the UK. How likely is the country to meet this pledge?

The notion that the deforestation of the Amazon rainforest would somehow be associated with Brazil’s increase in agricultural production and, thus, instrumental to economic growth is not grounded on empirical evidence. It has been abundantly demonstrated that enormous tracts of Brazil’s territory are still used for low productivity open pasture cattle grazing. As such, the Brazilian export-oriented agricultural output growth over the next many years will not depend on clearing forests, but will rather heavily rely on confining cattle and freeing arable land, with large gains in productivity.

In the meantime, man-made forest fires and deforestation in the Amazon, which result from public land grabbing and other criminal predatory activities (with no lasting positive economic impact) need to be both repressed and controlled. The protection of the rainforest, together with the protection of its indigenous populations, is increasingly gaining political support in Brazil, especially from younger voters.

The protection of the rainforest is increasingly gaining political support in Brazil.

At home, Jair Bolsonaro faces tremendous challenges ahead of the 2022 presidential election. His handling of the pandemic, at the center of a Senate inquiry's report that argues he should be tried for crimes against humanity, has crystallized opposition against the President, and slowly tarnished his image of a popular, anti-establishment leader. In this context, how likely is it that climate change will become a pivotal subject in an anticipated general election that could see Lula da Silva make a comeback?

As mentioned above, given the feeling of policy urgency following the dramatic findings of the UN Panel on Climate Change, and given COP 26’s wide press coverage, climate change is undeniably going to be an important political issue in the forthcoming elections. Additionally, there is fortunately a growing measure of consensus about what has to be done and - especially after Bolsonaro’s volte face on the issue - it is not likely to be a contentious and divisive one. The fight is still wide open given the projected high level of voters’ rejection of both Lula and Bolsonaro.

See also
Regions > America | Topics > Economy > Environment
Too Cool for Coal? The Future of South Africa’s Energy
Three questions to Saliem Fakir
INTERVIEW | 22 November 2021 | Saliem Fakir
Climate change could become Africa’s biggest threat in the next few years and its southernmost country already faces a wide array of environmental hazards. In the face of mounting international pressure to combat the climate crisis, the country’s President, Cyril Ramaphosa, recently decided to...
Next
Regions > America | Topics > Economy > Environment
Congress Hasn’t Killed Biden’s Climate Agenda (Yet)
Analyses | 2 November 2021 | Maya Kandel | Marin Gillot
Much like a rude guest, Joe Biden arrived in Glasgow empty-handed. The US president was hoping to re-establish American climate credibility at the COP26 summit. He even delayed his departure from Washington D.C., hoping to conclude negotiations with the two sides of the Democratic aisle that would...
Next
Regions > America | Topics > Economy > Environment
India Between Solar Energy and Coal: From a “Green Image” to a “Green Façade”?
Analyses | 29 October 2021 | Christophe Jaffrelot | Hemal Thakker
At the 2009 Copenhagen summit, India was part of a coalition of countries - along with the US and a few so-called "emerging economies" - which was not as interested as Europe in taking climate change seriously. Nonetheless, at the COP21 in 2015, it played a very constructive role alongside Europe...
Next
Regions > America | Topics > Economy > Environment
China's Green Gambit: Environmental Policy as a Bargaining Chip
Analyses | 2 November 2021 | Karl Hallding
The 2015 Paris Agreement sealed an unparalleled success in reaching global consensus, not only for climate action, but also for the broader sustainability goals laid out in the 2030 Agenda. As climate negotiators, world leaders, media and advocacy groups reunite at the COP26 in Glasgow, however,...
Next
SIGN UP FOR OUR NEWSLETTER
for a handpicked selection of analyses each week Yes please
Series |
Next
Publication -
Next
...
Next
Séminaire réservé exclusivement
à nos entreprises adhérentes
Restricted to
member companies
Next