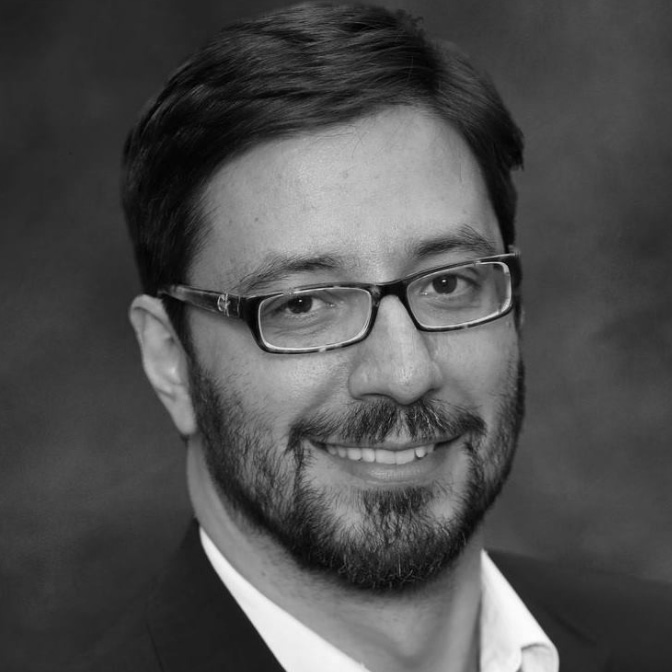 Brazil is the second country of our new weekly series. Between condemning the invasion of Ukraine and calling for neutrality, Brazil’s "ambiguity by design" position is guided by domestic questions. Feliciano Guimarães, Academic Director and Senior Researcher at the Brazilian Center for International Relations (CEBRI), breaks down why Bolsonaro won’t take sides over Russia's invasion of Ukraine. He points to food insecurity, economic instability and electoral hot button issues, just a few months away from the October 2022 presidential elections in Brazil.

Brazil has condemned the Russian aggression of Ukraine while affirming a policy of neutrality, refusing to join in the application and support of sanctions against Moscow. How do you explain this stance?

We have to look at the Bolsonaro administration’s reaction to Ukraine from two perspectives. First, it is key to analyze internal divisions within the government and their different reactions to the war. Second, we need to take the economic context into consideration, notably that Brazilian agriculture heavily depends on Russian supplies of fertilizers. These are the two factors that pushed the government to have what Dawisson Lopes, Senior Researcher at CEBRI, calls the "ambiguity by design" position towards Ukraine. This quote perfectly encapsulates the Brazilian stance: the country condemns the war at the UN Security Council (as one of the Council’s ten non-permanent members) just as it condemns economic and trade sanctions against Russia. Another example which illustrates Brazil’s positioning is an instance where Germany agreed to supply Ukraine with a specific anti-aircraft weapon but lacked ammunition. As this ammunition’s producer, Brazil could have provided the material but did not respond to Germany’s request so as to not take sides in the conflict.

Concerning the politicization of the Ukraine war in Brazil, there are internal divisions at the government level. On the one hand, some more junior government officials, who have come up in and been influenced by the 2013 Maidan uprising, have expressed support for Ukraine. On the other hand, the military elite, made up of former captains and active or retiring generals who advise Bolsonaro are generally pro-Russia, and sympathetic to Vladimir Putin’s nationalistic stance of the last 20 years. They believe NATO expansion went too far and that Ukraine should never have made the decision to get closer to the Alliance. Of course, they oppose war but faced with the situation as it is, they do not see a weakened Russia in Brazil’s interests. As for Bolsonaro himself, he tends to be on the pro-Putin side. He admires him, his nationalistic stance, and his macho style which is very typical of far-right politicians in Brazil.

There is also a structural cause behind Brazil’s ambiguous diplomatic stance, rooted in the country’s dependence on Russian and Belarusian fertilizers.

But there is also a structural cause behind Brazil’s ambiguous diplomatic stance, rooted in the country’s dependence on Russian and Belarusian fertilizers. If Brazil were to support the sanctions imposed on both countries, it would not be able to import fertilizers. Brazil is one of the bread-baskets of the world. With several types of crops and an expanding agriculture, Brazil is on track to become the leading producer and exporter of food worldwide in the next ten years. But the country’s weakness lies in its virtually non-existent domestic production of fertilizers.

Brazil had the opportunity 20 years ago to fill that gap, but it made several wrong decisions at the governmental level, which tied the country to fertilizers from Russia and Belarus. Though Canada also exported fertilizers to Brazil, the low cost and large availability of the Eastern fertilizers made the decision easy for Brazil. Of course, those decisions were made before the war but they’ve proven difficult to overcome in this new context.

With the presidential election only a few months away, what is the impact - if any - of this war on domestic politics in Brazil? Is there a consensus on the issue?

A war of this significance generates both political and economic instability, and more precisely, can drive inflation up. None of which bodes well for a Brazilian government heading into an election. As poll results come in, it seems increasingly unlikely that Bolsonaro will win the election. While there are a myriad of reasons to explain such prospects, high rates of inflation have undoubtedly dealt severe blows to his popularity. With 60% of Brazilians earning a minimum wage set at around $200 a month, life in Brazil has become too expensive. Coming out of a sustained inflation increase since the Covid-19 pandemic, Bolsonaro cannot afford to further affect the middle and lower classes he needs at the polls.

But even if Bolsonaro loses the October 2022 presidential election, any incoming government will also have to maintain a foreign policy designed by this ambiguity. A glance at the Left, and especially the Workers’ Party (Partido dos Trabalhadores, PT), will only show a more pro-Russia stance. Everybody is against the war, the destruction, the massacre, but in general, they also tend to be anti-American. They see the war as a proxy-war between the United States and Russia.

They see the war as a proxy-war between the United States and Russia. For many Workers’ Party members, Russia evidently violated international law by invading a neighboring country, but the economic tradeoff of making Russia retreat into isolation is too risky to Brazil. This perspective may come as a shock to European readers whose countries officially support Ukraine against Russia, but the only parties in Brazil who have expressed a clear pro-Ukrainian stance, the liberal right wing such as PSDB (Social Democrats), have little clout among the Brazilian electorate anymore. Far from the force they were in the 1990s, they have now lost most of their electorate to Bolsonaro who managed to capture the great majority of the right wing spectrum in Brazil.

From their perspective, it is very important that Russia remains a reliable global power. Ensuring a multipolar order in which Brazil is one of the powers is more important than applying international law.

In early May, Lula gave an interview to TIME Magazine which was controversial (to say the least). Some members of the Workers’ Party had to clarify why Lula blamed the war on President Zelensky. In the interview, Lula claims that Ukrainians should also be blamed for the war. Some defend this position, but you have to consider who initiated the war. While the interview was embarrassing, it is unlikely that the war in Ukraine will become a hot issue during the presidential campaign. International relations are becoming increasingly important in Brazilian domestic debates but do not hold much weight at the ballot box: no one has Putin in mind when casting their vote.

However, global issues can be used to improve Bolsonaro and Lula’s respective statesmen images, to become more legitimate to Brazilians. Bolsonaro decided to take part in the Ninth Summit of the Americas (June 2022), under the condition that US President Joe Biden and him meet in private. Despite a strong anti-Biden sentiment among his supporters back home, Bolsonaro is hoping to use the photos of the meeting in his favor, to nourish his presidential campaign and build his statesman image, boasting that the US President listens to him. The problem remains, however, that he is going against Lula - a candidate with very high international credentials, who holds a double-digit advantage over Bolsonaro, and who was recently received in France by President Macron, and by Olaf Scholz and Pedro Sánchez. If it was a less prestigious candidate than Lula, it would have been easier for Bolsonaro to compete on international issues.

This covers the extent to which the war in Ukraine could affect the presidential elections in Brazil. If the conflict keeps growing, Bolsonaro and his adversary will have to develop a more complex stance but for now, there are enough domestic problems for voters to worry about. The public believes that the government is to blame for rising inflation and is not preoccupied about inflation’s external causes. My sense is that there is a general pro-Ukraine stance in the Brazilian population but it is unclear how that might affect the vote.

What are the current and potential economic impacts of the war on Brazil, in terms of food security and beyond?

If Brazil faces severe food insecurity, the whole world will be affected. The country is a global food supplier with stark inequalities in terms of economic distribution and food access to its own population. If the fertilizer situation worsens overtime, Brazil will not secure its agricultural production.

If Brazil faces severe food insecurity, the whole world will be affected.

As mentioned previously, Russia is one of few countries able to export the amount of fertilizers Brazil needs for its agricultural production so it cannot turn its back on Russia. Canada supplies fertilizers to Brazil, but the quantities remain insufficient for Brazil to rely on alone, even if Ottawa recently promised to export more to Brazil.

This goes back to Bolsonaro’s "ambiguity by design" plan to deal with Russia. It is not really clear how Brazil continues to receive fertilizer from Russia because those dealings are not made public. We do not even know if the currency used to pay for shipments is Russian rubles, Brazilian reals or US dollars. Whatever the outcome of the election, the Brazilian President will need to maintain this commercial relationship with Russia and Belarus to continue producing food. As sanctions take their toll, Russia will only become more isolated and therefore dependent on this export relationship too.

The other issue is that rising food prices will have direct domestic consequences. Prices affect both Brazilian production and population. People are eating less and often cheaper, and they do not eat meat anymore (despite Brazil being the world’s largest exporters of beef). On one hand, commodity prices going up should be beneficial to the economy since the country is one the most important food exporters in the world. Brazilian farmers are with their pockets full, but this also means higher inflation, especially for city workers, who happen to weigh more in elections than farmers.

The next Brazilian president will have to make managing rising inflation a priority, with inflation rates reaching 12% in Brazil according to official sources. Wages are not being adjusted for inflation. But again, Brazilians don’t necessarily see this rising inflation as a direct consequence of the war in Ukraine. They blame the government for not protecting the Brazilian economy against any foreign influence. If the prices continue to rise, then Bolsonaro is for sure going to lose his election bid in October. The deterioration of life standards in Brazil are unbearable at this point. He can blame the war as much as he wants, people will oust him from Palácio do Planalto.

See also
Regions > America > Russia
Elections in Brazil: The Far Right at the Gates of Power?
Entretien avec Alfredo Valladao
INTERVIEW | 12 October 2018 | Alfredo Valladao
The first round of the presidential elections in Brazil took place on October 7. Former President Luiz Inácio Lula da Silva, who had until then been the election’ front-runner, is now in prison for corruption. His candidacy was ultimately rejected by the country's Superior Electoral Court in...
Next
Regions > America > Russia
Portrait of Jair Bolsonaro - President of the Federative Republic of Brazil
Analyses | 21 December 2018 | Frédéric Louault
Jair Bolsonaro came out of nowhere. He is now about to rule an important country which, with President Lula and to some extent Dilma Rousseff, had acquired a significant influence on the international stage thanks to its status of major emerging country. It is true that the room for manoeuvre of a...
Next
SIGN UP FOR OUR NEWSLETTER
for a handpicked selection of analyses each week Yes please
Series |
Next
Publication -
Next
États-Unis et amériques | Russie
...
Next
Séminaire réservé exclusivement
à nos entreprises adhérentes
Restricted to
member companies
Next