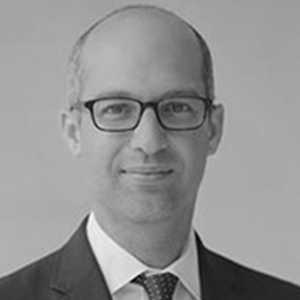 Director of the Africa Program at the CSIS

Donald Trump’s "America First" foreign policy led to a series of disengagements from previous american policies and obligations in Africa. The challenge today for the Biden administration is therefore to acknowledge Africa as a continent of opportunity, and lay the groundwork for a renewed U.S. policy agenda to promote resilient, democratic societies, and prosperity in Africa. What’s more, the African continent needs to find strategies to confront the twin health and economic crises created by the COVID-19’s second wave, and emerge stronger than ever. Will the new US policy towards Africa help the latter in the face of these challenges? Can a renewed transatlantic partnership towards Africa be a key element to achieve this ? Judd Devermont, director of the Africa Program at the Center for Strategic and International Studies (CSIS), gives us his insights on how Biden's African policy could look like in the next few years.

For African countries that have borne four years of overall disregard and contempt from the Trump administration, is there hope for the return to the diplomacy and multilateral cooperation that existed prior to the Trump mandate? In other words, what can be expected from this administration in terms of policy towards Africa?

We will see both a restoration of a previous approach to the continent in terms of public diplomacy and an emphasis on democracy and governance; but we will see some new initiatives as well. This administration is committed to multilateralism: it has rejoined the World Health Organization (WHO), the Paris Climate Agreement. And President Biden made a video statement before the African Union during their summit this month. We have seen a focus on democracy, governance and human rights during the campaign and transition, and the first weeks of this new administration have shown a great deal of hope, with statements about the situation in Uganda, Ethiopia, conversations with counterparts in Sudan, South Africa, Kenya...

There remain some concerns over how effective the US policy is going to be, given its own divisions, as shown by the January 6th insurrection, and President Biden’s very long to-do list.

In terms of new initiatives, the campaign promised an urbanisation initiative, which will be the most important transformation on the continent in the coming years. We can also expect a stronger focus on climate change than under the previous administration, and an emphasis on engaging with the diaspora: the number of African-Americans with high level positions in the administration is a positive sign.

How has Joe Biden’s election been welcomed on the continent?

There has been an overwhelming positive response from most African countries. Four years of neglect, in part due to Donald Trump’s obsession with China, took its toll on Africans. We published a series of articles called "Africa Reacts" inviting prominent African journalists, civil society activists, and thought leaders to share their analysis on US politics, and our latest article shows a positive reaction to President Biden’s inauguration. There however remain some concerns over how effective the US policy is going to be, given its own divisions, as shown by the January 6th insurrection, and President Biden’s very long to-do list. How committed will he be to African issues is still an open question for many Africans.

It is indeed true that Africa is not often a high priority for many administrations compared to regions like Asia or the Middle East. But Africa does matter. If you want to get business done, you need African voices and expertise. The fact that Biden nominated Ambassador Linda Thomas-Greenfield to the UN says a lot about Africa's importance. Another indication will be the place for African countries in the Summit for Democracies President Biden is planning to organize. African issues will thus be more of a priority compared to the Trump era, but only time will tell if it goes beyond a certain historical level of engagement.

With this new administration, what are the prospects of cooperation between Europe and the US towards Africa? Can a common policy on the continent be part of a renewed transatlantic partnership?

The new administration will certainly be committed to renewing long standing cooperation with the EU in its policies towards Africa. The following issues will be at the center of such cooperation: climate change, addressing the pandemic, supporting the African Continental Free Trade Agreement, and security issues.

Yet, the conversation should not be between Europe and the US only, it should also include other key partners from the Middle East, South Asia, South America. Indeed, African relations with the rest of the world have deepend and diversified over the last decade. Close to 155 new embassies have been opened on the continent between 2010 and 2015. During the 2012 humanitarian crisis in Somalia, the Gulf States played an important role; India is involved on maritime security issues in the Indian Ocean; African countries are learning from the best practises for the extractive industry in Chile, or working with Vietnamese companies in telecommunications, etc. This shows the importance of adopting a broader lense.

The new administration will certainly be committed to renewing long standing cooperation with the EU in its policies towards Africa.

Most of these countries would share the European and American view on the importance of addressing issues like climate change and security - whether maritime or on land -, and most countries are eager to help when there are tragedies or crises, like we see today in Ethiopia.

Finally, a lot has changed in the last 4 years, it is imperative that the US and the EU see Africa in a different light: a continent that is rapidly urbanising, that is global, with a diaspora all over the world, a continent that contributes to the entertainment industry, that is a key player in climate change, one that is least responsible for emissions and most vulnerable to its effects, one currently engaged in a struggle over democracy where the support for democracy is very high (nearly 70%) but the supply is still fairly low.

See also
Regions > Middle East & Africa > America
Biden's Fast Start
Analyses | 9 February 2021 | Uri Dadush | Soli Özel
On the 2d of February Institut Montaigne welcomed Dr. Uri Dadush for a webinar to have a conversation about President Biden’s economic policies, the impact they are likely to have both domestically and internationally. At the time of our conversation Biden’s rescue and stimulus package of $1.9...
Next
Regions > Middle East & Africa > America
The Road to Take
Analyses | 2 February 2021 | Evren Balta | Soli Özel
In his classic 1964 article The Paranoid Style in American Politics, the great American historian Richard Hofstadter identified many movements in American history that were driven by paranoid hysteria. Common to all these movements was a deep distrust of elites, a reaction to developments that...
Next
SIGN UP FOR OUR NEWSLETTER
for a handpicked selection of analyses each week Yes please
Series |
Next
Publication -
Next
...
Next
Séminaire réservé exclusivement
à nos entreprises adhérentes
Restricted to
member companies
Next