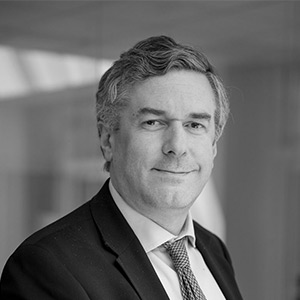 Angela Merkel announced on Monday 29 October that she would step down as leader of the CDU in December and that she would not run for a new term in 2021. Edouard Husson, Professor of Modern History and a specialist of Modern Germany, analyzes the political situation and the consequences the decision taken by the Chancellor involves.

Does Angela Merkel's decision to step down as leader of the CDU and not run for a new term open a new political era in Germany? Can we expect an in-depth reconfiguration of the German political landscape?

Germany is plunged into a deep political crisis triggered by the Chancellor's very ill-defined decision to welcome a million refugees in September 2015, without prior consultation either with her coalition partner, the Länder or European partners. By the end of 2016 at the latest, Angela Merkel was already faltering. By trying to do one mandate too many, she sparked a deep political crisis. Her scheduled departure could be the start of a solution.

The September 2017 Bundestag elections did not appoint any real winners: the Chancellor lost these elections, and no party or personality managed to put forward an alternative leadership. It took six months - a phenomenon unprecedented in German history - for Mrs Merkel to form a majority. The latter ended up being a simple renewal of the Great Coalition, i.e. the combination that had precisely been rejected by voters.

Since Spring 2018, we have been witnessing the Chancellor’s slow political agony. She is unable to make progress on any major issue and the coalition agreement is so fragile that each issue is subject to endless negotiations. Clumsiness immediately turns into a slip-up.

The two parties of the Grand Coalition jointly won 53% of the votes in the September 2017 elections (33% for the CDU/CSU and 20% for the SPD). Today, according to polls, they have fallen 10 points below (28% for the CDU/CSU and 15% for the SPD). From this point of view, the regional elections in Bavaria and Hesse were full-scale polls, which confirms that a new national election today would be a disaster for the two parties that have long been the pillars of German political life (in West Germany, they accounted for 90% of the votes in 1972, 80% in 1982, and 70% in 2005). AfD’s hard right seems to have permanently settled at around 15%, mainly at the expense of the CDU; while the Greens are experiencing a spectacular increase in votes (80% at the expense of the SPD and 20% of the CDU/CSU). The FDP (Liberals) obtained 10% of the vote, with the strongest base of loyal voters in its history (7%).

The political landscape is thus permanently fragmented and will remain so. If Mrs Merkel were to leave the Chancellery at the same time as the party leadership, it is likely that Wolfgang Schäuble would become Chancellor for the end of the term. He would have the power to limit the blows of the fight for succession, and Christian Democrats would soon regain strength. In any case, the Chancellor is deluded: she will not manage to stay until 2021, despite what she seems to think. If she stayed, the Greens would continue to rise, as would the Liberals and the AfD. And the SPD would stagnate at 15%. But by raising the issue of her succession to the CDU, Angela Merkel lifted a lid she can no longer put back in place, even if she wanted to.

Is there a risk that the Franco-German couple will be put on hold until 2021? What will Angela Merkel's European policy until the end of her mandate be? What can we expect from the next Chancellor regarding European issues?

Mrs Merkel will leave mixed impressions regarding Franco-German relations. Between 2008 and 2012, Nicolas Sarkozy was the one who initiated all the measures taken by the two countries to combat the crisis. During François Hollande's five-year term, the resolution of the Greek crisis was difficult; and, once again, it was the French President who tipped the balance in favor of keeping Greece in the euro. Not to mention the massive welcome of refugees, which was decided without any consultation with the rest of the EU (France included). Since Emmanuel Macron’s election, and especially since his Sorbonne speech, we have been waiting in vain for a response from the Chancellor regarding the dimensions of the proposal. Of course, the German political class is unanimous - except for a small segment of the SPD - in refusing to deepen the Eurozone. But Chancellors have often gone against the majority in the name of European and German interests in the past. Angela Merkel, despite having nothing to lose, did not even try to leave in style, with a European plea. Not only will she do nothing more, but she will leave behind a German political class unwilling to make the slightest effort regarding the European monetary policy.

Imagine if there were to be new shocks in the Eurozone, for example coming from Italy. If Angela Merkel remains Chancellor, German politics will be less effective: everything she proposes will be immediately challenged. And if she leaves, there would not be much difference between Wolfgang Schäuble, the tireless guardian of the letter of European treaties and a younger Chancellor, convinced that France is "a Southern country" in terms of budgetary discipline, and that it would be unwise to make any concessions whatsoever.

What will happen when our German friends will refuse to move forward? No one really knows.

We are facing a considerable challenge. The French entered the euro without it having all the characteristics of a currency (which must be based on a political union, and provide for the pooling of debts and financial transfers, as was the case with the FRG/GDR monetary union). Yet they thought that, over time, Germany would agree to move from a unified system of national central banks to a truly European currency. What will happen when our German friends will refuse to move forward? No one really knows. And, in any case, it should be a lesson for the future: we must no longer act like François Mitterrand and agree to postpone negotiations as he did regarding the Eurozone’s economic government. Everything must be negotiated immediately with Berlin.

More generally, after Angela Merkel, it will be necessary to completely rethink the Franco-German method. Gone are the times when everything was settled between the President and the Chancellor. The next Chancellor, who will probably lead a tripartite coalition (e.g. CDU/Liberals/Green), will inevitably have a much more collegial way of governing than Angela Merkel. The era of key Franco-German decisions is over. The French President, Ministers, parliamentarians and regional elected representatives will have to learn to move within the intertwined power networks of a much more complex Germany than before. Against France’s bad habits, we will have to be very present in Brussels where German officials and parliamentarians will be exercising their soft power at all times.

What do you think Angela Merkel's legacy will be? What have been the most emblematic decisions of her political life, for Germany and for Europe?

Angela Merkel's legacy is first that of a woman who grew up in former GDR - and who, to this day, spent more years of her life in the East than in the West (she was born in 1953) - and who became Chancellor. For the best: she embodies the possibility of success for the former Ossis; and for the less good: she brought along with her a political culture inherited from communist Germany, with a tendency towards aseptic political discourses, a rejection of political debate and the absence of consultation in decision-making. Yet, in reaction, we will now witness the liberation of speech and a return to real political debates. German democracy will be reinvigorated by the departure of Angela Merkel.

Angela Merkel will also be remembered as the Chancellor who decided to welcome a million refugees and immigrants in 2015 and 2016. Again, this is an ambiguous legacy: the Chancellor's decision confirmed German society’s extraordinary dedication to integrating newcomers. Yet, after the decision was taken, the Chancellor largely left the government, the administration, the Länder and local authorities to fend for themselves.

Angela Merkel will also be remembered as the Chancellor who decided to welcome a million refugees and immigrants in 2015 and 2016.

It will be up to others to speed up the regularization (or not) of entrants, to enforce negative decisions, to pursue the integration of newcomers into the labor market (only 40% of accepted asylum seekers and regularized immigrants have found a job), to appease conflicts between Turkish-speaking Muslims, formerly settled in the FRG, and Arabic-speaking or Persian-speaking newcomers, to appease the population of the former GDR, who is much more hostile to immigration than in West Germany.

In any case, Germany's partners must not be fooled: the country will be all the less inclined to pay for the debts of others in Europe, as the integration of immigrants who arrived in 2010 represents 50 billion per year of additional public spending for the Bund, the Länder and local authorities. This amounts to a third of the annual financial transfers made during reunification!

Finally, Angela Merkel's 13 years in office will leave the impression that German power was unable to exercise leadership over Europe, despite what was expected. Many observers in Germany blame the Chancellor, rightly or wrongly, for leaving Europe divided between pro- and anti-migrant governments; between pro- and anti-fiscal austerity. It is unrealistic to reduce everything down to an individual; but, in fact, nothing assimilated to Angela Merkel’s government can compare to Konrad Adenauer's transatlantic and Franco-German choice, Willy Brandt's reconciliation with Eastern Europe, Helmut Kohl's choice of reunification or the liberation of German financial capitalism, launched to conquer the stock and industrial markets by Gerhard Schröder. Angela Merkel's great legacy should have been the completion of the European Union. She missed the target.

See also
Regions > Europe
Germany: The Case for Angela Merkel
Analyses | 27 November 2017 | Dominique Moïsi
"Old-fashioned politics" and its little calculations have attained Germany. If the country comes across as weakened by its inability to build a first coalition, Angela Merkel should remain at the head of Germany. According to Dominique Moïsi, Special Advisor to Institut Montaigne, Europe’s...
Next
Regions > Europe
What Challenges is Germany Facing?
Analyses | 22 September 2017 | Eric Chaney
Eric Chaney is the economic advisor at Institut Montaigne On the other side of the Rhine: another political planet Political debates can hardly be more remote than those having opposed Angela Merkel and Martin Schultz on September 3rd on the one hand and Marine Le Pen and Emmanuel Macron five...
Next
SIGN UP FOR OUR NEWSLETTER
for a handpicked selection of analyses each week Yes please
Series |
Next
Publication -
Next
Europe
...
Next
Séminaire réservé exclusivement
à nos entreprises adhérentes
Restricted to
member companies
Next