America and the Cult of Firearms 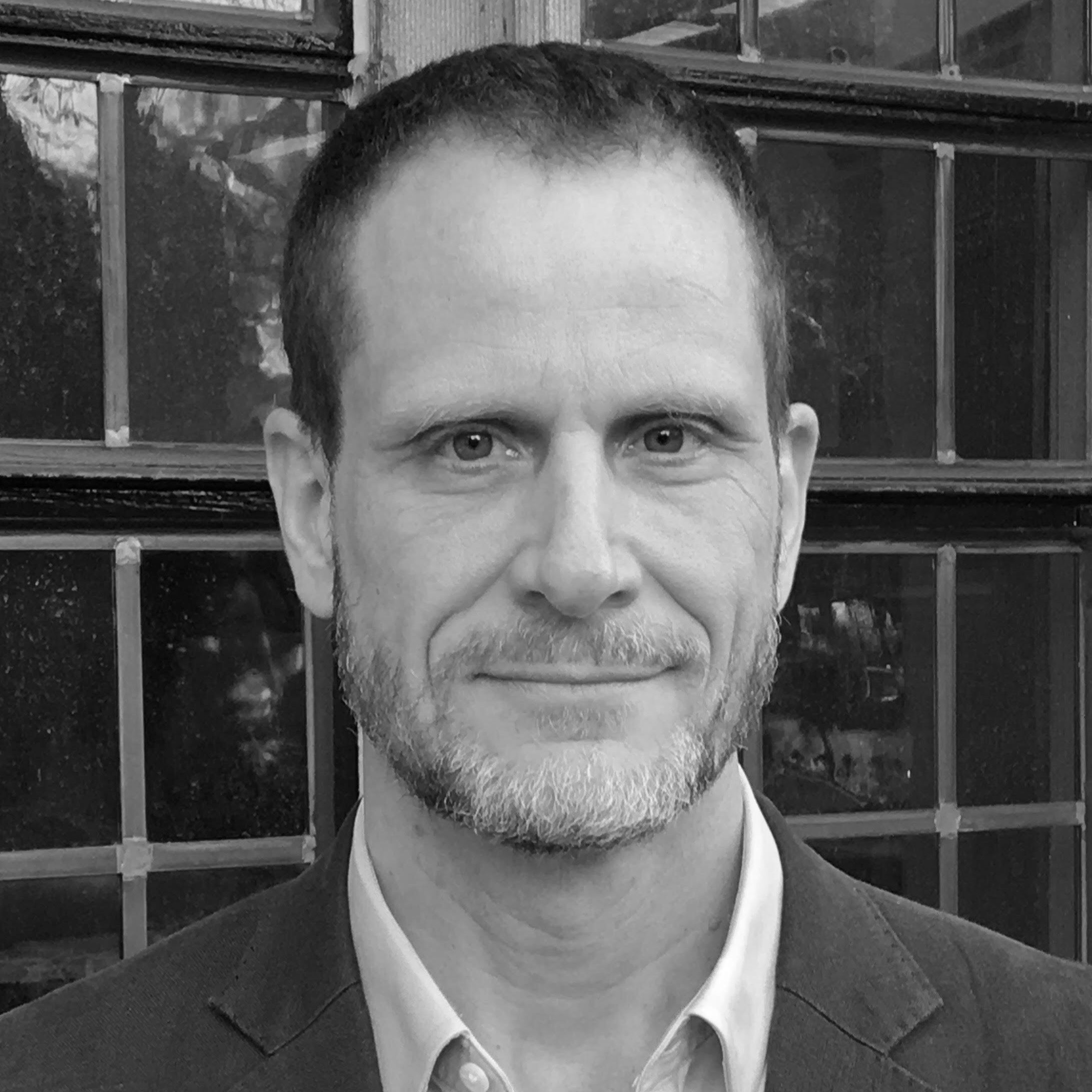 Chair of the Sociology Department at Yale University

The violence Americans have faced in the past few years has been unimaginable for many sympathetic observers across the Atlantic. After the racist attack in Buffalo, the school shooting in Uvalde and the Fourth of July tragedy some might wonder how American politics and culture have become so tightly intertwined with the cult of firearms. Philip S. Gorski, a Professor of Sociology at Yale University, peels away the veneer that conceals the influence of white supremacy and the history of racial violence that underlies the 2nd amendment’s "right to keep and bear arms."

The United States is still reeling from the racial reckoning of last year, spurred in part by the killing of George Floyd, and new conversations about gender and sex. How might we look at gun violence in this climate of political and social turmoil?

To understand the current climate in the United States, we must take a look at two different components: the relationship between gun violence and gun culture on the one hand, and white supremacy and the history of racism on the other. Both have been deeply entangled at the root from the earliest period of American history. From the early battles between English settlers and Native Americans in New England to the widespread fear of uprisings of enslaved people on plantations in the Antebellum South, to the later fears about race riots in major American cities, guns have always been entangled with white supremacy and racial conflict. I do not think there is any doubt that the Black Lives Matter movement stoked a great deal of fear on the part of many conservative whites in the United States. It should come as no surprise that one of the most iconic events for this group was the shooting of several protesters in Kenosha, Wisconsin by Kyle Rittenhouse, who was then held up as a hero in the run-up to the 2020 presidential election - and beyond. Another example of this relationship is the fact that gun and ammunition sales rose dramatically following Barack Obama's election and continued to rise throughout his presidency.

Guns have always been entangled with white supremacy and racial conflict.

This had a great deal to do with anger and fear of having a Black man in the White House. I think what has changed over the last couple of years is the return of openly racist rhetoric into public discourse during the Trump years, which has created a permission structure for some radicalized and unstable people to actually engage in racially inspired armed attacks on various ethnic and racial Others who are seen as threatening.

Pushback against social change is not just limited to race either. White nationalists and Christian nationalists are also very explicitly defending a specifically patriarchal social order. Conservative Christians often defend male headship or "complementarianism", which is the idea that women are somehow equal. But not really. This patriarchal order, the argument goes, is increasingly threatened by feminists, homosexuals, transgender people and the so-called "gender ideology". These conservatives claim that the real danger today is the so-called war on men, whose ultimate goal is to destroy the "traditional" family, the supposed foundation of traditional social order. This is why, in their view, men can and must push back against all of these forces. The gunmen we read about in the news are just people who have taken this message to heart - and to the extreme. They are often alienated, troubled young men who attribute the problems they faced in their lives to the supposed war on men, and, therefore, are out to attack various Others. The clearest example of that was the Pulse nightclub shooting in Orlando which was explicitly targeting gay people.

Despite the bipartisan bill on restricting access to guns, Americans remain (dare I say) religiously attached to their right to bear arms. Where does this unusual obsession with guns find its roots in American history?

This attachment to guns is something that is puzzling for non-Americans, as well as many secular progressives in the United States. Looking at Jesus's teachings, turning the other cheek, for example, they see fundamentally nonviolent teachings so it can then seem odd for believers to engage in violence in the name of Christianity. Of course, however, from the moment that Christianity became the official religion of the Roman Empire, people have engaged in violence in the name of Christianity to suppress rival religions and heretical movements - during the Crusades, for example. In that sense, the historical relationship between Christianity and violence is always more complicated than it seems.

If we shift our focus to the history of the United States, we see Christians searching for justifications for violence within scripture in two places: one place is the Old Testament, specifically the stories about wars of ancient Israelites with their various enemies and oppressors; and the other place is in apocalyptic teachings, especially the Book of Revelation, which portrays a cosmic battle between good and evil, natural and supernatural. Both of those sets of scriptural references are absolutely core to white Christian nationalism, which is a very old theological tradition within the United States. It fits in with this idea of the English colonists in the New World being the successors of the Biblical Israelites, North America being their promised land and the Native Americans their demonic enemies. This is a trope that you can find throughout history, from the Puritans right up through the war on terror and the Iraq War.

For these Christian supremacists, Jesus himself is refashioned into a kind of warrior. On the internet you can find many popular cultural images of Jesus as a superhero or a warrior, this hyper masculine figure, often Nordic-looking, rather than Jewish-looking figure. If I can put this humorously, what you find is the emergence of a straight white American "Super Jesus". Where do guns fit into all of this?

For these Christian supremacists, Jesus himself is refashioned into a kind of warrior.

Guns are, for some, almost sacred objects. They are incredibly important symbols of masculinity, individuality and freedom. That is the work of gun manufacturers, who have played an incredibly important role in the creation of gun culture in the United States. For a long time, guns were mostly sold to the military. This changed after the Civil War when more people suddenly had experiences with guns, and there were more guns in circulation. Gun manufacturers had ramped up capacity for wartime efforts, and suddenly didn't really have anybody to sell guns to. So manufacturers started to market guns as a form of protection, a tool for self-defense, and then increasingly as a kind of a symbol of masculinity. In recent years, they have even begun to do this in a very cynical way, explicitly drawing in religious symbolism. One gun manufacturer, Daniel Defense, markets expensive assault rifles, including those used in the Uvalde shooting, used explicitly scriptural references in their ads. Another gun manufacturer, Spike's Tactical, actually engraves Bible verses on their assault rifles. They are really transforming the gun into a sacred, almost religious object. Some right-wing churches have contributed to this too, raffling off an AR 15 assault rifle, or offering weapons training. It is not unusual in some parts of the United States for parishioners to have guns and bring them into church, where it is legal.

How does religious nationalism relate to racially-motivated violence in American society? Should we consider this brand of nationalism as mimicking religion itself?

White Christian nationalism, as I understand it, is first and foremost a narrative. The story goes something like this: the United States was founded as a Christian nation. The American founders were Orthodox Christians and the founding documents, the Declaration and the Constitution were based on biblical principles. America has been entrusted by God with a mission to spread freedom and Christianity around the world, and to that end has been given extraordinary power and prosperity.

Guns are are incredibly important symbols of masculinity, individuality and freedom for many Americans. And that is really the work of the gun manufacturers themselves.

This very old story has evolved over time into a story that gets diffused systematically by a kind of Christian nationalist industrial complex: through books, lectures, rallies, museums, Christian homeschooling textbooks... It is against that backdrop that the increasing diversity of the United States comes to be seen as an existential threat to America and "real Americans". It is not necessarily something that most people are consciously aware of; it is just something they have unconsciously absorbed. Combine that with ideas about the holy war, sacred warfare and guns as totems, and you begin to open the door to actual physical violence.

To be clear, I do not think there are that many people out there who would go much beyond violent rhetoric, but there is a small minority who would and those are the kinds of folks who showed up at the at the US Capitol on January 6th, the kinds of people who are joining militia groups and actively training in hopes of inciting and engaging in a civil war.

In a way, this raises another complicated question, which is: what is the relationship between white nationalism and Christian nationalism? When talking about the history of white supremacy in the United States, we will often mention the Ku Klux Klan first, but one thing that is forgotten about that organization is that it was not just anti-Black, it was anti-Catholic, anti-Semitic and anti-immigrant, too. So, there has always been a complicated relationship between white nationalism and Christian nationalism. Since the Civil Rights movement, a lot of conservative Christians, or at least their leaders, have been distancing themselves from white supremacy and explicit racism, but those boundaries and prohibitions are really beginning to break down. This is in part because of the demographic fear and moral panic amongst a lot of white Christians who historically were the overwhelming majority of American citizens and are now faced with a minority status. The other part of it is that a lot of radical white nationalists find it convenient to portray themselves as defenders of Christian civilization or the Judeo-Christian tradition, or Western civilization or something it sounds nicer than just saying, "I am defending the white race or I am against white genocide". They use Christianity as a fig leaf. You can see this in the mainstreaming of the so-called Great replacement theory. Great replacement theory, which actually has some of its roots in France, was something that you would only encounter in the extreme far-right in the United States. But over the last couple of years, right-wing media figures and political figures, like Tucker Carlson or Ron Johnson.

See also
Regions > America | Topics > Social affairs
Mapping Populism: From Ostracism to Injustice
Analysis | 28 January 2022 | Olivier Borraz
It is now indisputable that voters for populist parties or candidates are primarily located outside of urban centers. This much is clear in the maps below, created after the election of Donald Trump in the US, the Brexit vote in the UK and the second round of the 2017 French presidential elections...
Next
SIGN UP FOR OUR NEWSLETTER
for a handpicked selection of analyses each week Yes please
Series |
Next
Publication -
Next
...
Next
Séminaire réservé exclusivement
à nos entreprises adhérentes
Restricted to
member companies
Next