The 2018 Midterms are all about Health Care 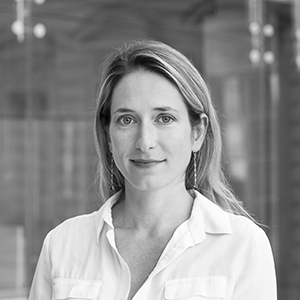 On November 6th, Americans will go to the polls to elect a new Congress. All 435 members of the House stand for election as well as a third of the Senate (35 seats). At the state level, more than 6.500 positions including 36 governorships will be in play. Polling highlights healthcare as a top voter concern this year as Republicans and Democrats fight over repealing or replacing the Affordable Care Act (ACA most often called Obamacare). What is at stake?

Why is Healthcare such a political issue?

The U.S. spends 18 % of its GDP on healthcare where other OECD countries’ spending range from 9 to 12 % of GDP. And despite all this money, life expectancy is one of the lowest compared to other wealthy countries and has dropped again last year.

Constraining health care costs is a real challenge, as well as improving access to care for more than 12 % of the population still uninsured. In this context, the opioid epidemic that kills about 130 Americans daily (62.000 people died from overdoses in 2017) has become a major public health crisis with devastating consequences.

Constraining health care costs is a real challenge, as well as improving access to care for more than 12 % of the population still uninsured.

The U.S. ranks last among wealthy countries on international surveys on domains such as Health Care Outcomes, Access, Administrative Efficiency or Equity. There is, of course, no such thing as one health care system in the United States but plenty of them. Depending on your job, on your age, on where you live or how much you earn, your experience with health care will be totally different. And if the overall result is disappointing, perhaps the best hospitals in the world are in the U.S. and you can find truly valuable healthcare innovations in the US.

The Future of Obamacare is at stake in the Midterms

The Patient Protection and Affordable Care Act (ACA) was signed into law on March 2010. Not a systemic reform, it built on the current public/private healthcare system expanding public programs, filling in gaps in insurance coverage and strengthening the employer-based system. The main goal of this reform was to improve access to care by expanding coverage with tax-credits and cost-sharing subsidies, the individual mandate, the end of medical underwriting for preexisting conditions and the expansion of Medicaid coverage in voluntary States. Nowadays, 28 million persons are still uninsured, 20 million fewer than in 2010.

Despite all of President Trump's efforts to repeal and dismantle Obamacare (one of his main commitment during the 2016 presidential campaign), public opinion seems largely comfortable with the ACA. In January 2018, 50 % of all adults and 75 % of Democrats said they have a favorable opinion of it.

According to the Kaiser Family Foundation, more than a quarter of adults below the age of 65 (approximately 52 million people) have pre-existing conditions that would have made them uninsurable "pre-Obamacare". This is probably why even Republican voters now favor the end of preexisting conditions. As a result of this shift, Republican candidates are abandoning their promise to "repeal and replace" the Obamacare and now say in advertisements and debates that they are committed to protecting those with pre-existing conditions.

Senator Ted Cruz of Texas, for example, who led the "Cruz Amendment" during the repeal debate in Senate last year (which permitted insurance companies to offer plans with none of the protections of the ACA), said last week he will protect pre-existing conditions.

Towards Universal Health coverage? More and more Democrats are calling for "Medicare-for-all"

Did the ACA go far enough? 84 % of Democrats and 70 % of Americans said they support "Medicare-for-all" to largely replace the current system. Medicare-for-all and single-payer health care, once a fringe opinion, are suddenly popular and the words appear in political advertisements and debates. Senator Bernie Sanders, inspired by the Canadian model, opened the debate in the 2016 presidential campaign.

Republicans are concerned enough that President Donald Trump published an op-ed on October 10th that portrayed Medicare-for-all as a threat to seniors and an evidence of Democrats’ tendency for open-border socialism.

But still, if Medicare-for-all appears to be a popular slogan, the term is very ambiguous and could be seen as a broad and convenient umbrella from a totally government-run system with no more private insurers to a system in which everyone has the option of buying into Medicare. Medicare-for-all is uniting Democrats for now — but it could divide them later.

See also
Topics > Healthcare | Regions > America
France: the Next Health Tech Nation?
Analyses | 12 April 2018 | Angèle Malâtre-Lansac
Medical innovation (e.g. new medical devices, e-health and biotechnologies) is spreading around the world, with the aim of providing better care for all. In the long term, innovators in these fields may hold the solutions to today and tomorrow’s main health issues. Simultaneously, health...
Next
Topics > Healthcare | Regions > America
French Healthcare System: Strong Assets, New Challenges
Analyses | 26 June 2018 | Laure Millet
The French healthcare system used to be ranked as one of the best in the world. However in 2017, France was ranked 10th out of 11 countries in the Health Care System Performance Rankings study carried out by The Commonwealth Fund. According to a 2017 study by Solidaris, French citizens worry about...
Next
SIGN UP FOR OUR NEWSLETTER
for a handpicked selection of analyses each week Yes please
Series |
Next
Publication -
Next
États-Unis et amériques | Santé
...
Next
Séminaire réservé exclusivement
à nos entreprises adhérentes
Restricted to
member companies
Next