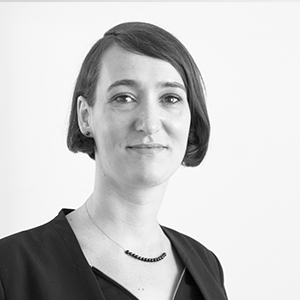 On June 20 and 27, French voters will cast their ballots to elect regional representatives. Contrary to what many people think, regions in France play a key role for economic policies, the green transition and tourism. Last year, 52% of the French population approved the Covid-19 measures introduced by regions, compared to only 36% who supported the actions of the central government. Institut Montaigne lays out the main elements and stakes of the regional elections, which are little known outside France.

What defines a region in France?

French regions are administrative entities with their own powers, delegated to them by the State. As such, they are part of the collectivités territoriales (territorial authorities), in the same way as the departments, the communes or certain French overseas territories are. All representatives from these territorial authorities are elected by universal suffrage. The largest and most populous regions are situated in Metropolitan France.

Why do regions exist?

For some, the discussion around decentralization dates back to the French Revolution. Since the administrative unification of the French kingdom in 1789, and the foundation of the "one and indivisible" Republic in 1791, decentralization has been a key debate. Whether it’s the revolutionary struggle between the Girondins and the Jacobins (opposed political factions during the French Revolution) or the political discussions about the departments in 2015 - the issue goes well beyond a simple territorial division. The debate is about where the central decision-making power lies – whether in Paris or in the regions. The bold antagonism between Jacobins and Girondins still seems to define the polarization of French politics in terms of centralization and decentralization today.

The first official act of decentralization concerning the regions dates back to 1982. At the time, the Defferre laws transferred local executive power from the prefect, a representative of the central state, to the presidents of the regional councils. The laws also put an end to the financial and administrative superiority of Paris. Four years later, French voters elected regional representatives for the first time, by universal suffrage.

The bold antagonism between Jacobins and Girondins
still seems to define the polarization of French politics in terms of centralization and decentralization.

In 2003, the second act of decentralization incorporated the status of the regions in the French Constitution. The reform also ratified several major principles, such as the right to experiment (granting exceptional authority to regions in certain policy areas), financial autonomy and the right to collect taxes. It also enshrined the principle of subsidiarity, which allows the regions to take any initiative "that can best be implemented at their level". The third and final stage of this process took shape in 2015, when another reform reduced the number of metropolitan regions from 22 to 13. The reform also strengthened some of their powers, especially in economic affairs.

What do regions do?

Today, the main function of the regions relates to administrative planning, organization, and investment promotion for the territory. For example, regions consult with relevant actors from different sectors to establish guidelines for business development services, investments, or innovation. They may also acquire stakes in certain companies.

Regions enjoy wide competencies in the field of interurban transport, which is their main area of expenditure. Since 2002, they have had the authority over regional rail transport, in conjunction with the national railway company SNCF. Besides the organization of school transport and road mobility solutions, regions are also responsible for the management of ports, airfields and bus stations.

Regions also have different responsibilities in the education system. For instance, they are in charge of the construction, maintenance and functioning of high schools and employ all necessary personnel to that end (technicians, security agents etc.). They are also in charge of providing vocational training and orientation to young people, job seekers and socially disadvantaged groups.

The Covid-19 crisis also highlighted their role in public health, from raising public awareness, protecting economic stakeholders and/or supporting the procurement of masks.

What are the other local authorities?

Another major contribution of the decentralization reform in 2015 was the end of the compétence générale, a clause that allowed local authorities to intervene in a field of competence beyond those attributed to them. Today, their competencies are clearly codified in law and cannot be overstepped.

French departments concentrate their competencies around social assistance, the management of certain infrastructures and secondary education. They provide financial assistance to the most vulnerable parts of the population (e.g. children, elderly or unemployed). Departments build and maintain middle schools, certain roads, and certain non-market services, such as the fire departments.

The communes deliberate on matters related to urban planning, the environment, school management or housing.

The communes deliberate on matters related to urban planning, the environment, school management or housing. Today, all communes need to be represented in inter-municipal or metropolitan areas (for large cities and their suburbs), in order to pool certain costs and competencies.

Some policy areas remain shared between regions, departments and communes. This is the case for certain cultural affairs, such as the promotion of local languages and cultures, sports, tourism, and education for socially disadvantaged groups.

How are regional elections organized?

Regional elections are held every six years, at the same time as the departmental elections. All French citizens over the age of 18 can vote or stand for election in their region of residence. The number of seats in each region is proportionate to the number of inhabitants by region.

After several changes, elections are now organized according to a proportional ballot with two rounds. All electoral lists that received more than 10% of the votes in the first round can stand for the second round. At the end of the second round, the list that obtained the most votes receives a bonus of 25% of available seats. The rest is distributed proportionally among the remaining lists. In general, the electoral list that comes out on top is almost certain to receive a majority in the regional council.

How are new regional representatives appointed?

Once elected, the new regional representatives form the Regional Council, or the Conseil régional. The council then elects a president (usually the head of the majority list) and a permanent commission with different thematic portfolios.

The Regional assembly convenes all elected officials several times a year in plenary sessions and so they can take all major decisions. However, the regional president is the keystone of the institution. He or she prepares and executes the decisions of the regional council, manages the territory's assets, and supervises its projects. More importantly, through regular consultations and travel, the regional president also has the symbolic role of representing their territory to the public.

How do the French regions differ from their European counterparts?

Their powers remain solely administrative. Regions have no proper judiciary, they are not allowed to legislate and they have no role in international relations.

While France's territorial division is complex, the country is by no means a federation like Germany or the United States are. French regions have relatively limited legislative power compared to their counterparts in other unitary states like Italy or Spain. Their powers remain solely administrative. Regions have no proper judiciary, they are not allowed to legislate and they have no role in international relations independently of the national position. A few regions, such as French Guiana, Martinique, or Corsica, enjoy a special administrative status due to their distance from the European continent.

Do these regional elections matter to the French?

Thanks to successive reforms, the regions receive increasing public attention. Yet, the traditional low turnout in regional elections demonstrates that they nonetheless remain on the backbench of French politics. According to a recent survey, the abstention rate is expected to be around 54%, representing little variation from previous elections.

That being said, French regions are nonetheless visible. They have various consultative bodies, including Regional Youth Councils or the Regional Economic, Social and Environmental Council (CESER), bringing together employees, trade unions, civil society and other qualified individuals. The CESER sometimes gives advisory opinions on proposed policies. However, many of these institutions are not very well known to the public due to lack of information and publicity about what they do.

For more information about the functioning of French regions, check out Nicolas Bauquet's French Brief: There is More to France than Paris.

See also
General
The French Brief - There is More to France than Paris
ARTICLES | 9 June 2021 | Nicolas Bauquet
On June 21 and 28, all French voters will be called to the voting booth to elect their local officials, both in the "Régions" and the "Départements". These two may sound similar, but they point to a particularly French take on geographic administration. The latter are a heritage of the French...
Next
General
2022: Can Macron Hold Onto Power for a Second Term?
ARTICLES | 26 May 2021 | Alice Baudry
They say history doesn’t repeat itself, but it often rhymes. Looking at precedents can help shed light on the possible scenarios for the 2022 French presidential elections: The time when a president was sure to stay in power and was effectively re-elected: Charles de Gaulle in...
Next
SIGN UP FOR OUR NEWSLETTER
for a handpicked selection of analyses each week Yes please
Dossier |
Next
Publication -
Next
...
Next
Séminaire réservé exclusivement
à nos entreprises adhérentes
Restricted to
member companies
Next