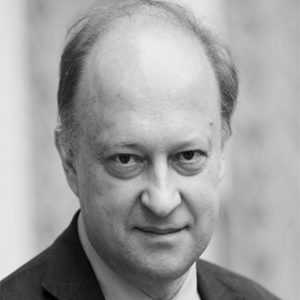 Despite eight years of horrific conflict, and over 500,000 thousand deaths, a stable peace in Syria remains elusive. The two writers of this article may disagree on what the final outcome should be, but they share the same concerns regarding the potential risks of new escalations in the near future. Such risks are increasing, partially because of the US decision of withdrawal, and partially because of the crumbling balance of powers on the ground. The four following scenarios are particularly worrying.

Each of these potential crises in Syria would have its own logic, dynamics and repercussions. There is no universal insurance policy against all of them. Three general recommendations could however be made.

Realistically, it is impossible to sit all regional and international players around the same table. Three of them, i.e. Russia, the US and France, have vested interests, a capacity to talk to many regional stakeholders and are permanent members of the UNSC. We suggest that these three powers take a joint initiative and coordinate intensively so as to gather the other powers involved.

This article was also published in russian and in english on RIAC's website.

See also
Europe / World
Syria into the Hands of Russia and Iran
ARTICLES | 9 January 2018 | Michel Duclos
On December 11, Vladimir Putin declared the beginning of the end of Russia’s involvement in Syria, and proclaimed his “victory” from the Russian base of Hmeimim. In the same speech, he indicated that the conditions have been met for a political settlement of the Syrian war.  Of...
Next
Europe / World
Syria: The “Red Line” Dilemma
ARTICLES | 13 March 2018 | Bruno Tertrais
As if the Syrian tragedy was in need of an escalation in horror, indications of the use of chemical weapons have become increasingly clear since the end of 2017. Chlorine was allegedly used on several occasions, notably in Eastern Ghouta and probably in Idlib. We all remember that the United...
Next
SIGN UP FOR OUR NEWSLETTER
for a handpicked selection of analyses each week Yes please
Dossier |
Next
Publication -
Next
Moyen-Orient | Sécurité et défense
...
Next
Séminaire réservé exclusivement
à nos entreprises adhérentes
Restricted to
member companies
Next