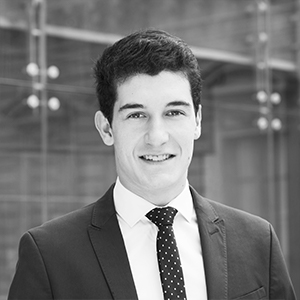 There are more than one Grand Paris, and each of them involves its lot of challenges and complexities - institutional structure, infrastructure building, business attractivity, etc. If President Macron is still arbitrating on its geographical perimeter and the work planning, it is because the Grand Paris project’s impact on France’s capital will be both substantial and lasting. This approach is the result of a strong political ambition: shaping Paris into a more attractive and coherent city, thus reducing territorial inequalities.

If Paris’ election as the hosting city of the 2024 Olympic Games is a real opportunity for the city, as for the rest of the country, to gain international exposure, it also sets a strict deadline, thus making the decision process all the more urgent and complex.

This initiative is Europe’s most ambitious urban project, the aim of which is to build 200 km of fully automated underground lines (i.e. as long as the current subway network) and to create a 68-station network in the Ile-de-France department. Launched in 2008, it should give Paris the refreshed and cutting-edge image of a 21-century capital, which intends to eradicate the risk of social and territorial inequalities.

According to The Laboratory for Interdisciplinary Evaluation of Public Policies (LIEPP) at Sciences Po, there would be a direct link between the construction of new subway lines, a network’s overall condition, and the increase of foreign investments in the area concerned. Moreover, a correlation is observed between the quantity of foreign investments and a transport network’s development.

Even though Emmanuel Macron maintained the project would definitely be entirely carried out, calendar readjustments should be expected, to spread the financial cost and the launch of the construction work over time. Construction work on line 14 seems secured, that on lines 15 and 16 is delayed, while the creation of a line 18 - serving the Plateau de Saclay -, originally expected for 2025 for the Universal exhibition, might be indefinitely postponed, given that France withdrew its candidacy to host the event. Institut Montaigne, in its report Public transport: how to reform a wary model? (November 2012), noted the good quality of the French transport infrastructure and services, illustrated by the Paris urban network, one of the most dense and busy in the world. Nevertheless, given the financial constraints, investment projects should be better targeted, maintenance should be privileged over large projects, and mobility should be developed in urban areas. Any project conceived within the Grand Paris framework will have to take these imperatives into account.

What kind of institutional structure for the Grand Paris?

On 1 January 2016, the Métropole du Grand Paris administrative entity was created, alongside 12 territorial public institutions, intended to replace former “intercommunalities” - agencies linking different municipalities. However, this structure, originated by decentralization laws is entangled with five other levels of public decision, and lacks any real budget and authority. In its current state, the Métropole includes the capital, three departments of the Petite Couronne (near Paris) and seven municipalities of the Grande Couronne (extended territory around Paris) out of the existing 1 173 municipalities.

These multiple administrative layers raise the question of the structure possessing the skills and the efficiency required to be entrusted with these powers. Other cities have already simplified their institutional frameworks to compete with major global cities (Greater London or New York City abroad, Lyon in France for instance). Solving such an institutional issue involves taking into account the current inequalities that divide the Parisian Métropole in wealthy districts, such as Paris and the Hauts-de-Seine, and poorer departments, such as Seine-Saint-Denis. However, building Grand Paris in a narrowed perimeter involves the risk that outside inhabitants will be considered as “second-class citizens”. On the contrary, widening the perimeter too much could compromise the structure’s efficiency and relevance, given the disparities structuring the Ile-de-France area.

On 1 January 2018, this same city should have started to exert additional powers, such as defined by the 2015 French law on regions. However, the current absence of decision reopens the debate on the definition of Grand Paris’ institutional structure. The current proposals are as follows:

Consequences on housing, employment and mobility

The consequences of Grand Paris on jobs and housing are undeniable. Some economic studies estimate between 115 000 and 375 000 the number of jobs that might be created by the Grand Paris Express by 2030. The consultation “Let’s Invent the Métropole” selected 51 awarded projects anticipating the construction of 14 290 new accomodations spread over the entire metropolitan area, and yielding € 7.2 billion of private investment in the coming years.

Nonetheless, such architectural projects, as well as their impact on employment, depend on the construction of the Grand Paris Express, and on the definition of a comprehensive institutional framework. According to Daniel Béhar (a French  geographer), investment decisions on a single area served by Grand Paris Express can differ from one stakeholder to another, which means it is vital to analyze the dynamics of the subway ecosystem.

Because the Grand Paris project still awaits final decisions to be taken - be it regarding the institutional structure of tomorrow’s global city, its gigantic transportation project, employment, housing or the other dynamics it involves - it remains meaningless for now. Nevertheless, all the conditions seem to be reunited to make Paris a great metropolis of the 21st century.

If 2024 sets a deadline, it already appears that few of the Grand Paris Express’ lines supposed to serve Olympic sites will be open in time. However, this transportation network - one of the main argument in favor of Paris’ candidacy -  is crucial to the Olympics’ operational success.

The metropolis of Paris is a dense urban area, increasingly congested, and needs its mobility to be redesigned. Institut Montaigne, in its report What Role for Cars in Tomorrow’s World? (June 2017) prescribes an incentive approach, based on market mechanisms, over coercive measures, in order to regulate traffic and pollution in a fair and efficient way.

Such mechanisms would take the patterns of citizens’ use of transports into account, offering them both economically and environment-friendly alternatives. They can thus meet the mobility needs of residents of an ever more congested urban area (thus preventing a considerable loss of time, estimated at 38 minutes per day in Paris).

The first step would consist in setting up self-assessment mechanisms in major urban centres (data on real time emissions for example, informing drivers of their environmental impact). This self-assessment phase could then be supported by financial incentive schemes, such as dynamic micro-tolls, or other incentives, such as traffic lanes reserved to car-poolers. The data collected would help to optimise the design of these incentive schemes, thereby rendering them more acceptable and improving their efficiency.